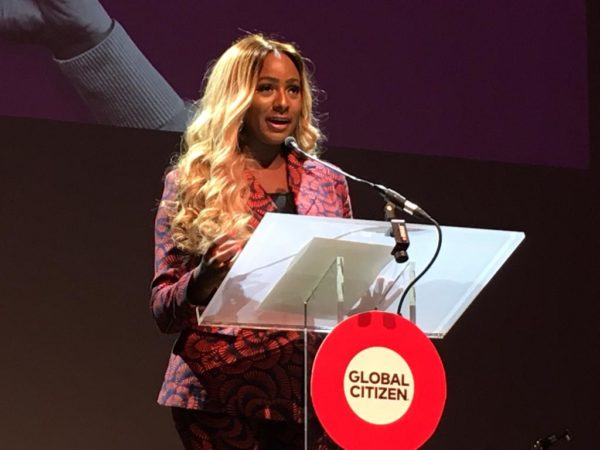 Present at the event in Brussels, Belgium, was DJ Cuppy, who is an ambassador of the Global Citizen.

Came to Belgium with @GlblCtzn to launch the #SheIsEqual campaign!

First time in Brussels, and I LOVE it. #CuppyOnAMission

Came to Belgium with @GlblCtzn to launch the #SheIsEqual campaign! ⭕️ First time in Brussels, and I LOVE it. #CuppyOnAMission

Speaking at the event, the DJ dropped gems. She said:

Anything you can do I can do bleeding.

I want it to be the dream of every girl out there, to teach the most powerful men in her country something. That will only happen if she is equal and getting her there is all of our responsibility.

On the occasion of the launch of the #SheIsEqual campaign, very happy to meet @cuppymusic: disc jockey, producer, businesswoman, but also a woman passionately and generously committed to gender equality and the health of women and girls . Wow! pic.twitter.com/xOB0W7mvJo

Rushed over to Brussels to launch the #SheIsEqual campaign with @GlblCtzn and the Government ⭕️??? Honoured to be a speaker for the event as well as the DJ ofcourse! #GlobalCitizen

Related Topics:#SheIsEqualDJ Cuppy
Up Next