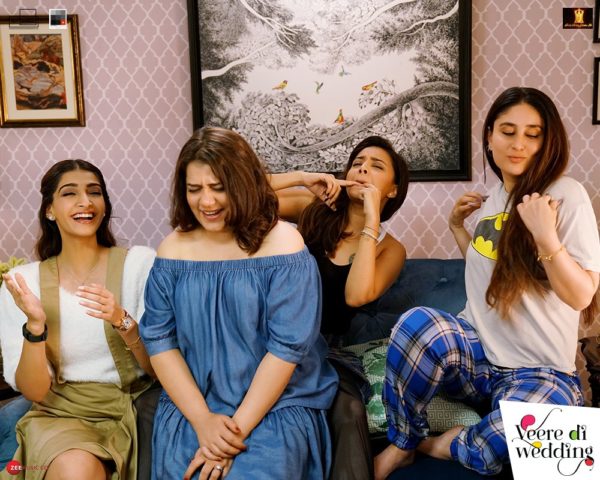 Inclusion and equality is not a movement happening only in the western world. All over the world, the marginalized are beginning to be represented in mainstream culture.

In India, “Veere Di Wedding,” a movie solely about 4 women having fun, has won the hearts of audiences in the country, making good numbers in their box office.

“Veere Di Wedding,” which has been likened to American movies “Sex and the City” and “Bridesmaids,” features the 4 women living their lives.

However, the movie has earned criticism from some of its audiences, with some people saying it has no plot and is predictable.

According to the Hindustan Times, “Veere Di Wedding” has been banned in Pakistan for “vulgar dialogues and obscene scenes.”

Still, audiences continue to flock cinemas to see it, as it has earned, according to Bollywood Hungama, $15 million worldwide.

See some comments from social media below:

Honestly the way we Indians are being so snobbishly critical of Veere Di Wedding for "no complete storyline" or "no coherent theme other than some girls wedding" is so hypocritical for a country that makes movies like "Pyaar ka Punchnama" a wildfire success that deserves sequels.

Dil Chahta Hai was a movie on 4 privileged men having mindless fun.People loved it & no one expected any sermons or moral lectures

Veere Di Wedding is a story of 4 privileged women having mindless fun. But now some are struggling to find some moral sermon in it

How often have we seen videos of men dancing at a movie theater? Veere Di Wedding shows us that girls know how to have as much fun! @vdwthefilm @ReallySwara @sonamakapoor pic.twitter.com/V23Zr22xpb

India is a country where a third grade film like veere di wedding gets more media coverage than Parmanu, a film which emboldened India's stand against the US, Russia and China. Still happy that Parmanu crossed 50 Cr#ParmanuTheStoryofPokhran #ParmanuCrosses50

There is definitely something wrong with our choice of movies when a crappy movie like Veere di Wedding generates more revenue than Parmanu@TheJohnAbraham @DianaPenty kudos!! Amazing movie#VeereDiWeddingReview #parmanu

Work it! #BBNaija’s Alex is A Vision in Black & White ?