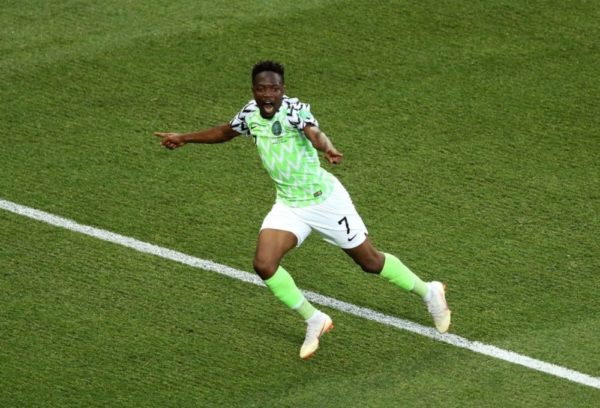 President Muhammadu Buhari has congratulated the Super Eagles over their World Cup win against Iceland.

The Super Eagles defeated Iceland 2 – 0 in the Group D match, thanks to 2 goals from Ahmed Musa.

The Senior Special Assistant to the President on Media and Publicity, Garba Shehu, shared the news of the President’s wishes on his Twitter.

He added that the president urges Nigerians to continue to rally around the team.

President Muhammadu Buhari heartily congratulates the Super Eagles on their victory Friday over the national team of Iceland in their second match at the Russia 2018 FIFA World Cup.

The President expresses particular delight at the confidence, discipline, team-work and indomitable spirit displayed by the young Nigerian players.

President Buhari urges them not to limit themselves but sustain the current winning momentum by going all out against their last group opponent, Argentina, next week.

According to him, “I am confident that if our players believe in themselves, they can qualify out of their difficult group and even go very far in the tournament,” adding that “with determination, nothing is impossible.”

The President urges all Nigerians to continue to rally round the Nigerian ambassadors with their prayers and other forms of support. #SoarSuperEagles