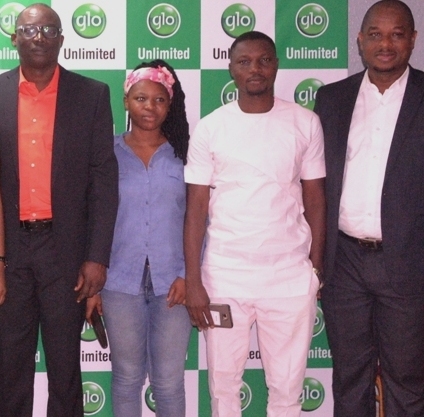 Total telecommunications solutions provider, Globacom, has held a series of stakeholders’ forum across the country during which it launched a new product, Glo Yakata, aptly tagged the “King of all tariffs.” Speaking at the Edo forum, Edo State Commissioner for Wealth Creation, Cooperatives and Employment, Emmanuel Usoh, who was the special guest of honour lauded Globacom for seeing to the welfare of its stakeholders and for positively impacting the economy of Nigeria. Prior to the Benin event, Globacom had organized similar fora for stakeholders in the South West at Sheraton Hotel, Ikeja; Sheraton Hotel, Abuja for Northern partners; Swiss Spirit Hotel, Port Harcourt for stakeholders in the South-South and Golden Royale Hotel, Enugu where partners in the South East were feted. “Continue to do business with Globacom because what I have seen here tonight confirms that this company has much respect for its dealers and customers and it is through continued patronage that the dealers can create wealth,” Usoh said.

He gave kudos to Globacom for loading immense benefits in Glo Yakata promising to preach the Yakata gospel to friends “so that our people in Edo State can also benefit from the package”. Glo Yakata tariff offers a whopping 2,200% value on all recharges, which can be used for data, text messages and voice calls to all networks. In addition, customers will enjoy special 250% extra data (up to 6GB) for six months, so long as the first recharge of the month is 200 or more. For example, the first recharge of N200 will give the customer N900 for voice calls and 250MB data. Subsequent recharges of N200 in the same month will still give N900 voice value but only 100MB data.

Likewise, for the first recharge of N5,000, the customer will amass N22,500 for voice calls to all networks plus a whopping 6.25GB of data. Subsequent recharges of N5,000 within the same month will still guarantee N22,500 for voice calls and normal data benefit of 2.5GB. The customer will enjoy this 6.25GB data on the first recharge each month for six months, that is, a massive 36GB of data over six months.

Like it did in the other four regions, Globacom informed guests that “the forum was organised to intimate the dealers with the new developments and business plans the company has for them because Globacom places much premium on our stakeholders and we so much believe in you all and would like to encourage you to continue to do business and make more profit.”

The event also presented an opportunity for the company to award cash prizes to dealers who participated in a raffle draw which was one of the high points of the event.  Five of the dealers including Emmanuel Osaguona of Paradise Venture, Nkechi Idugboe, CEO of Buytopups Communications Limited, the MD of Gusten Chris Telecom, Faith Egidi and Osaorobo Idemudia, CEO of Maxisoft Oil and Gas won N.5million each while four others including Rose Siloko of Kumorose Communications System, Juvwe Igben CEO of Mega, Henry Nwankwo, MD of Liverpool Services Limited and Timothy Okafor of Godsmoonokafe Services Limited won N250,000 each. 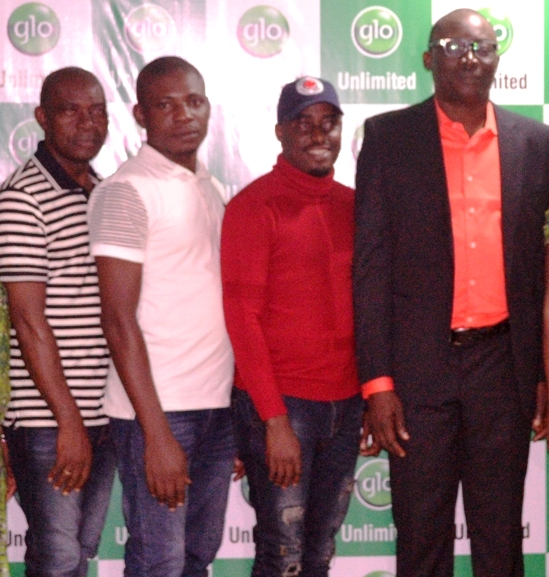 Hanson Okuoimose, CEO, Nadal Heights System and Alhaja Monilola Yusuf of Sozabat Nigeria Limited carted home the star prize of N1 million each. All  Glo dealers and enterprise customers who graced this event, went home with plasma televisions. Hanson Okuoimose, who spoke on behalf of the winners expressed appreciation to the company for  “treating us – dealers – to this night of fun and for the prizes. A company that does this is sending only one message to its customers and that is ‘I care about you more than anyone else.’ We are happy doing business with Globacom and we are happy that the company recognizes us as partners and appreciates us for our contributions”.

Glo Marketing and Enterprise team were on hand to brief the stakeholders on the robust steps devised by the company to ensure a more dynamic system in a presentation titled “Unveiling a new proposition”. The steps itemized include swapping of key components of the network, comprehensive network upgrade and creation of full-fledged regions geared towards bringing the business closer to the dealers and enterprise customers.
The entertainment package was vintage Glo as top-notch artists including King Sunny Ade (KSA), Phyno, Omawumi, Gordons, Seyi Law, Senator, Dan d’Humorous and  MC Tagwaye, entertained the partners who attended the five high octane events. 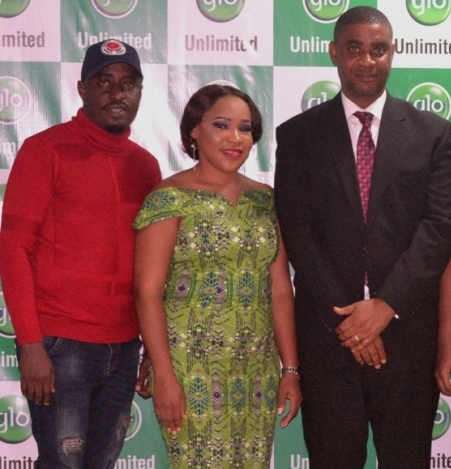 Sad! Woman Allegedly Throws Grandchild in a Well to get back at Daughter-In Law