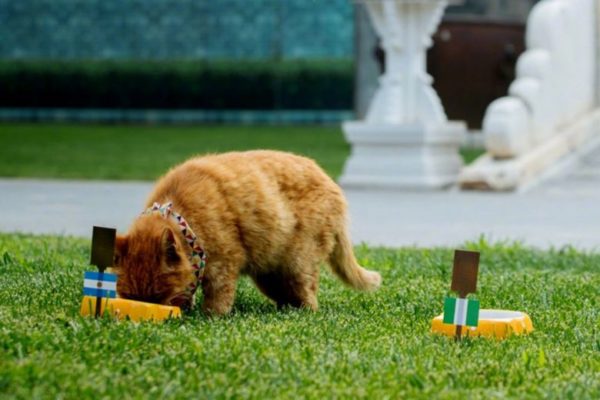 Remember the psychic cat that predicted the Super Eagles would lose their final Group D match to Argentina? It’s died of a heart attack.

According to the Straits Times, the stray cat which has been living at Beijing’s Palace Museum died on Monday.

The cat, named Baidianr. which means “white spot,” had first correctly predicted the winner of the opening match of the 2018 World Cup, picking Russia over Saudi Arabia.

Staff members of the museum would put two bowls of cat food in front of the cat, each bowl with the national flag of the competing teams.

Although Baidianr had made a few incorrect predictions, it made its 6th consecutive correct one in Nigeria’s match against Argentina.

The museum, however, announced the next day that the cat had fallen ill, its hind legs suddenly becoming paralysed, and was taken to the hospital.

The cat finally passed, with another cat, this one named Changtuir, meaning long legs, taking its place and making two correct predictions already.