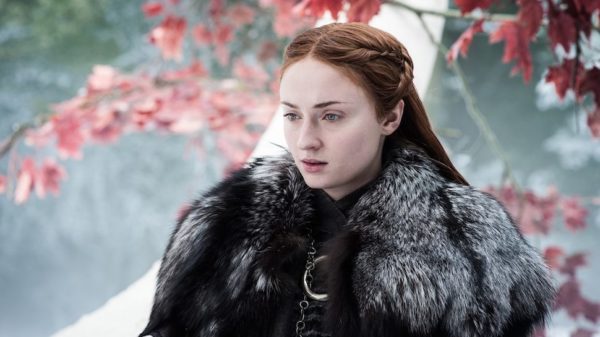 Sophie Turner who plays Sansa Stark on hit TV show “Game of Thrones” has revealed to fans that the ending is unpredictable.

Theories about how the show would end have since the end of the previous season been flying around.

While the undead army of the White Walkers looks impossible to defeat, fans still want a victory for Jon Snow and want to see him on the throne.

Sophie, speaking to Digital Spy, said the show’s ending is unpredictable, which is something she’s really satisfied about. She said:

For me – without giving anything away, I guess – I was satisfied with how unpredictable the show’s ending really is.

Maisie Williams who plays Arya Stark recently shared a photo on her Instagram announcing she’s shot her final scene in the show.

She captioned the show with a few hashtags which fans think may be spoilers, like #lastwomanstanding and #barely.

Hailey Baldwin gets Justin Bieber his own Engagement Ring ❤