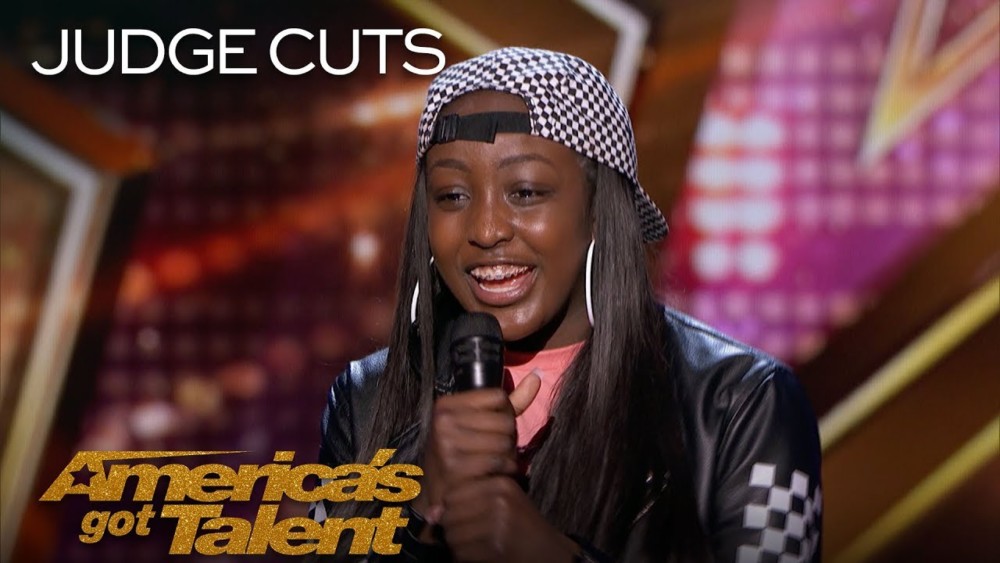 14-year-old Flau’jae blew America’s Got Talent judges and audience away with a thrilling rap performance during Tuesday night’s Judge Cuts round.

Before thrilling the audience, Flau’jae shared “I feel like (my father) died too early… and I feel he had a dream and things he wanted to do, so I’m going to do it for him”.

She went on to perform an original piece I Can’t Lose. Combining heartfelt lyrics with creative rhymes, the rap sensation not only earned herself a standing ovation, she also snatched the Golden Buzzer from Chris Hardwick who revealed:

“I was blown away by your audition. I mean, I have goosebumps and I am shaking. At 14 years old you have the kind of authenticity and honesty that some artists never achieve in their entire lives.”

Hardwick added before pushing the buzzer, “You were not given a chance to have a relationship with your father…and I want to make sure you get a chance now.”

USA Today reports that Flau’jae’s father was an upcoming rapper who was murdered 2 days to signing a contract with Universal Records.