Certificate Scandal: "I don't bloody care" whether Adeosun did Youth Service or Not - Sagay 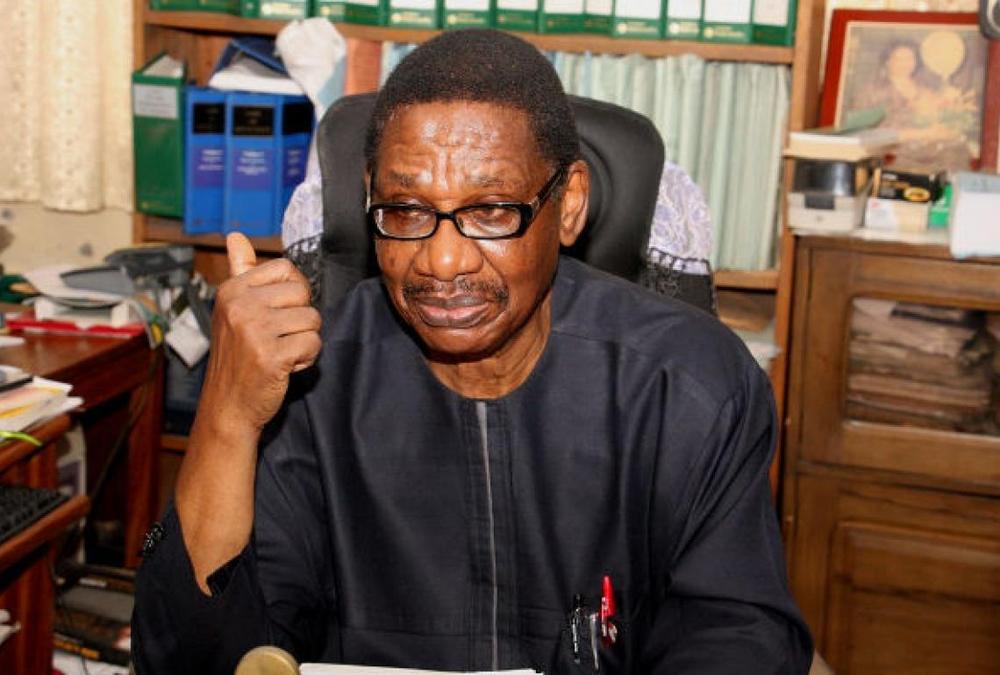 The chairman of the Presidential Advisory Committee Against Corruption (PACAC), Itse Sagay has said that he does not believe the minister of finance Kemi Adeosun forged her National Youth Service Corps (NYSC) certificate.

Premium Times had, in an investigative report, disclosed that the minister did not undergo the mandatory year-long NYSC programme and went on to obtain a fake exemption certificate.

Sagay, speaking to The Nation in Abuja, said that Adeosun is “a brilliant and extremely valuable member of this government,” adding that he doesn’t “bloody care whether she did youth service or not”.

Sagay, a professor of law and Senior Advocate of Nigeria (SAN), said that his comment is his “own bias, not government’s,” adding that he if was President Buhari, he wouldn’t sack the minister because “she’s damn good!”

Let me tell you my reaction. This woman is a brilliant and extremely valuable member of this government.

A lot of the good things happening now – the welfare that Nigerians are enjoying and are going to enjoy, because it takes time, and the way our economy is booming, how we got out of recession – are due to her expertise, her commitment, her sacrifice.

There is nothing in this world that will make me remove such a woman from the government. The PDP can weep from now until there is no tear in their body; she is going to be there. We cannot afford to lose that woman.

Asked if it was not an offence to skip youth service, Sagay said:

Who cares about youth service? I don’t bloody care whether she did youth service or not. It’s irrelevant as far as I am concerned.

On allegation that she forged her exemption certificate, the professor said:

I’m telling you now. If I were President Buhari, I would never, ever touch that woman because she’s damn good.

The enemies of this government want to reduce his capacity to provide good governance by engaging in social media attacks and trying to get rid of her. It will not work.

On senate president Bukola Saraki, Sagay said that he should resign “as a matter of honour” even if “he’s not compelled by law to do so”.

“He should relinquish his position as a matter of honour. He’s not compelled by law to do so. He needs to be removed by two-thirds majority.

He got there because he was in APC, even though he got there by subterfuge, which is typical of him. He got there in a cheeky, fraudulent manner. Nevertheless, for him to be removed, they need two-thirds, not of the senate, but of those present and voting at a meeting.

It doesn’t have to be everybody. It’s those who happen to be there. Once they meet the quorum of one-third, and he is there, he can be removed by two-thirds of that one-third,” he said.

On the freezing of the Benue State government’s accounts, Sagay said:

There’s nothing EFCC can do to him (Governor Samuel Ortom). They can’t arrest him. They can investigate him, put down the records of what they found, and wait for his tenure to end. Right now, nobody can touch him.

As for freezing Benue State’s account, I can’t support it. I don’t know why, but government has to function. I don’t want people to suffer because there are no funds for basic government functions.

I don’t know if EFCC really did that; we have to be careful because it looks extreme to me

#PVCitizen: What are you doing this weekend? Go register!

Educate, Empower & Provide Care to Kids on the Street by giving as little as N1000 monthly to support #1000HelpingHands Campaign