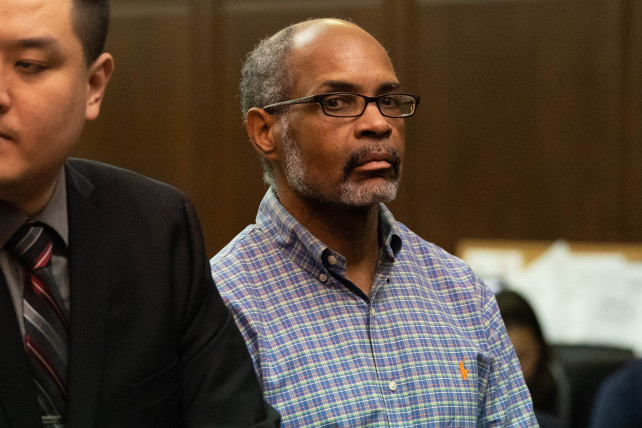 A New York primary care doctor Mark Jackson, 58 is in court for allegedly putting his mouth on a patient’s breast during a cancer-screening examination.

According to New York Post, Jackson, who is charged with two counts of sex abuse and one count of forcible touching, allegedly sexually abused the patient on September 15, 2017 while employed at the Star Treatment and Recovery Center in Harlem.

According to court papers, “The defendant placed his mouth on her right breast and grabbed her hand and placed it on his penis and stated in sum and substance: Do you see how hard you got me?”

Jackson “betrayed the trust of his patient and sexually abused her while she was seeking a simple cancer screening,” said prosecutor Matthew McCarthy.

Recounting what transpired at the screening to investigators on December 1, 2017, Jackson said: “During the breast exam, I only touched her with my hands.”

He told investigators that he later called the patient at home, saying that happened after “she wrote her number on a piece of paper, handed it to me and said call me sometime. I told her I would do that.”

Jackson “denies the allegations” according to Legal Aid lawyer Jin Wu who said that he’s still practicing as a doctor.

Judge Joanne Watters adjourned the case to August 27, and ordered that Jackson be held on $1,500 bail and issued an order of protection in favor the patient.

In 1996, Jackson was sentenced to one year in prison for distribution of a controlled substance by a Manhattan federal court.