Love Without Boundaries with Bukola Ayinde: The Role of Special Schools in Disability Management 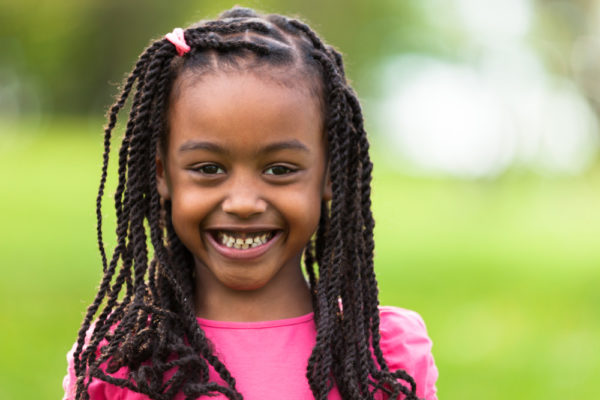 In the past few months, I have been talking about the need for inclusive education for children living with disability. Inclusive education simply means that all students attend, and are welcome by mainstream schools (schools that are not special needs schools) These schools are age appropriate, have regular classes and where children are supported to learn, contribute and participate in all aspects of the life.

I have discussed the benefits of inclusive education to the special needs child, mainstream school, teachers, students, parents, and the society at large. I dream of a day when a child with disability or special learning needs will not be discriminated against in a mainstream school in Nigeria. However, we are not there yet.

We still live in a society where many private schools prevent children with disabilities from attending their schools. For most low-income earners in Nigeria, their disabled children may only be able to attend public special schools for disabled children or public inclusive schools even though the disabled children are kept in separate classes from the regular classes.

For example, Rufus was diagnosed of cerebral palsy some months after birth. At the age of three, he was unable to sit and stand unsupported. He could not use his hands properly. However, he started his physiotherapy and he attended a regular school where he mixed with other children. With support, love, therapy and an education, Rufus became a lawyer. Rufus can also get married and have children.

Another example is Beatrice. She was diagnosed of down syndrome at birth. She started her therapies while she was still a few months old. She started school at the age of two and it was soon discovered that she had a learning disability. She could not learn as fast as her classmates but her parents kept her in school. She did not walk until she was three. Beatrice was slow in attaining all her developmental milestones. However, she was very friendly with her classmates; she always knew when someone needed a hug and would give it generously. During the extracurricular classes, it was discovered that Beatrice loved to swim. Her parents encouraged her and today, a grownup Beatrice contest in Paralympic swimming.

Not every child had the opportunity to obtain an early diagnosis. Sometimes, after the parents have received the diagnosis, they refuse to seek the necessary therapy for their child rather they run from pillar to post looking for a miraculous cure.

Some other parents live in denial for many years and the child is not improving. In some cases when the parents get a medical diagnosis for their children and they search for mainstream schools that can accept them, they do not find. Some schools accept children with special needs because of the money they will make, even though they do not have knowledge or training in handling these children. For example, Latoye has autism. At the age of four he started mainstream school without a support system in his class. He had had several outbursts during classes to the dismay of his classmates. At the end of the term Latoye did not learn anything new rather he had become more violent. On a particular day he wandered out of his class and he was almost getting to the carpark before he was discovered. Latoye’s parents withdrew him from mainstream school and enrolled him in a special school. In some of these cases, a special needs school becomes the only solution.

There have been several debates and school of thoughts who believe that children with disability cannot effectively learn in a mainstream school. Some even say they are a source of distraction to other non-disabled students.

On the other hand, Autism and ADHD are more of emotional and behavioural needs. A child with autism may not understand how to handle social interaction and communication. While a child diagnosed with ADHD may have above-normal levels of hyperactive and impulsive behaviors. Therefore, this child may have issues with handling self-control. While children with Down Syndrome usually learn and progress more slowly than most children.
I am of the opinion that when these children key into early intervention (medical, therapies, education) and the mainstream schools painstakingly take out time to learn about these disabilities, train their teachers, and give the necessary support in and outside of the classrooms, the children will thrive.

However, today’s reality is that not many schools in Nigeria are ready to take this route. Some schools will claim that they operate inclusive education but the special needs children are kept in separate classes. In some other schools, the special needs children attend one or two subjects in the regular class but are pulled out of the classroom for a better part of the school period.

The longer it takes for parents to get the right help (medical treatment, rehabilitation therapies, education, social interaction) for their children, the more difficult it is for these children to be integrated into the regular classroom.

I once met a woman who has an eight year old boy attending an inclusive primary school. The boy was initially placed in the regular class with other students but at the request of the parents with non-disabled kids he was moved into a separate class with two other boys who had different forms of autism. The day I met the boy, as he sat in front of me and I spent some time observing him without him knowing, I saw that his behavior was quite disturbing as he could not sit still and he would laugh at nothing in particular and hit the wall or the chair or himself. It was obvious the school he was attending did not have an idea on how to handle him. I advised the mother to withdraw the boy from the mainstream school and enroll him into a very good special school for children with autism (for six months or one year) or she could look for a behavioural therapist and homeschool him before looking for another mainstream school that could meet his needs. It was obvious the boy did not get the right help for him early- early intervention and currently, he needed intensive behavioural therapy.
Can we then say that special schools are better equipped than mainstream schools in handling children with disabilities and special learning needs?

The answer to this and much more will be discussed in the next article. In the meantime, let’s love without boundaries.

Lil’ Bella says: What do you know about Dyslexia?