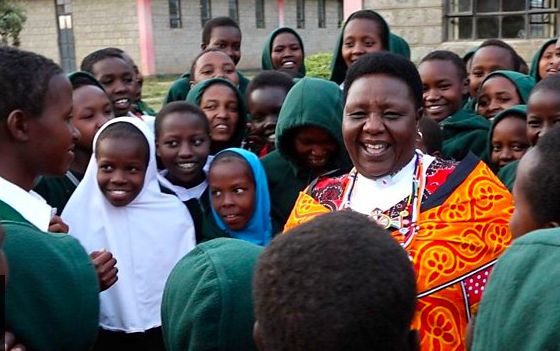 Agnes Pareiyo was recently featured by BBC Africa for her immense work in the fight against Female Genital Mutilation (FGM) in Kenya.

The Maasai woman who runs the Tasaru Ntomonok Initiative, uses wooden images to teach school girls and members of neighbouring communities the harms of FGM.

Agnes who was cut at 14 says her initiative is focused on ending the deadly cultural practice. Girls who have run away from their homes for fear of being mutilated are given the chance to get formal education, sponsored by the initiative.