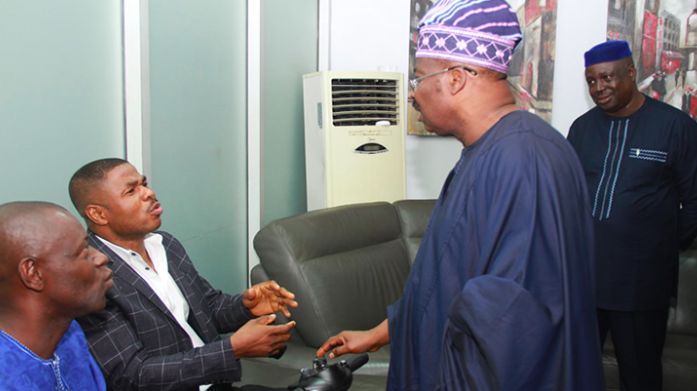 Singer Yinka Ayefele and Governor Abiola Ajimobi of Oyo state met on Thursday at the latter’s office over the demolition of Ayefele’s Music House, Premium Times is reporting.

Ajimobi, according to the report, afterwards, set up a committee to resolve the issue between Ayefele and the state government.

They met for hours, Premium Times reports, adding that the committee comprises of some of Ayefele’s staff, and some officials of the state government.

Ayefele said he had responded to all the letters sent by the state government, adding that his efforts to see the governor had failed.

Ajimobi described Ayefele as a good man and a responsible citizen, stressing that the next step was to find a compassionate means of resolving the issue, Premium Times said.