A Week in the Life of Dimma Umeh - Dinner With Friends, Baking & Books 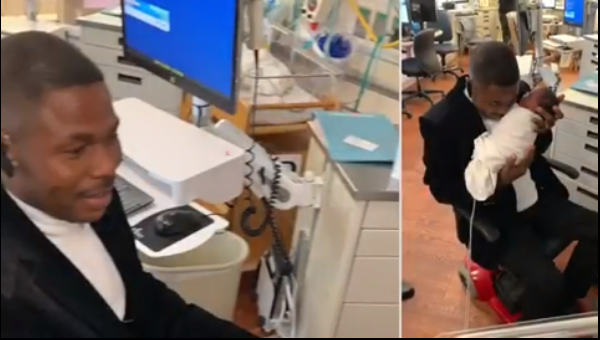 Yinka Ayefele and his wife, Temitope are proud parents of triplets! The couple welcomed a set of triplets in the United States of America.

Yinka Ayefele shared a video of the newborns on his Instagram page and captioned it “FAVOURED”.

The singer had in June, debunked the rumour that him and his wife had a set of triplets and had asked his fans to ignore the rumour. He had, in a statement said “Fake News, Fake Pictures. That picture was taken seven years ago during my younger brother’s naming at music house in Ibadan. Thank you all for wishing me well and I claim it in Jesus name.”

But today, Yinka has confirmed that he and his wife have indeed welcomed 3 lovely babies.

Related Topics:TemitopeYinka Ayefele
Up Next