Pastor in Trouble after Alleged Lover Dies during Abortion 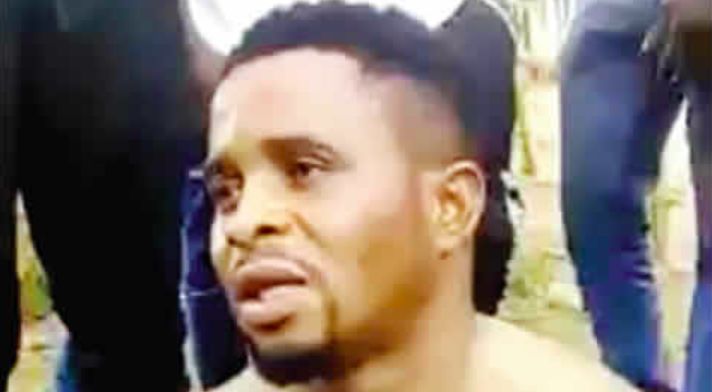 A 32-year old pastor who was suspended by the Christ Chosen Church of God is in fresh trouble, after his alleged lover, a 38-year old mother of four died while trying to abort the pregnancy from their affair.

According to Punch, the pastor Ngbeken Elvis heads one of the church’s branches in Egor Local Government Area of Edo state and was suspended after he was said to have had issues with his wife. The church had asked him to go reconcile with his wife before they would review his suspension.

The alleged affair began when Elvis was living with the deceased, identified as Mama Sarah while her husband was out of the country. He denied allegations that he killed her for ritual purposes.

“It was when I was posted to Okhokhugbo branch and did not have a place to stay that she told me to stay in one of the rooms. She was my (church) member. She came to meet me in the room. I feel so bad. I do not have a native doctor; I do not have anything like that,” Elvis said to youths who attacked him after the news broke.

Punch quoted a senior official of the church at its headquarters as saying:

What the church expected is that when you are suspended, you should put yourself together, ask God for forgiveness and if you turn a new leaf, something could be done about your reinstatement.

The condition the church gave him (Elvis) was even clear; he was told to go and reconcile with his wife. But we pity him. He has no business with us at all.

If he comes back tomorrow and says he wants to return as a pastor, issues will come up. But for now, he will sort out himself. He got himself to the other side; so, he will also bring himself from the other side.

#PVCitizen: Just 6 Days left for you to Register