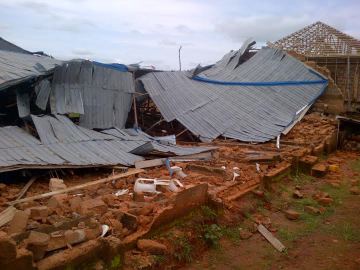 And now, another church building has collapsed in Edo.

No lives were lost; however, a residential building was said to have been adversely affected by the incident.

It is suspected that the collapse occurred as a result of the use of  substandard building materials used to construct the building.