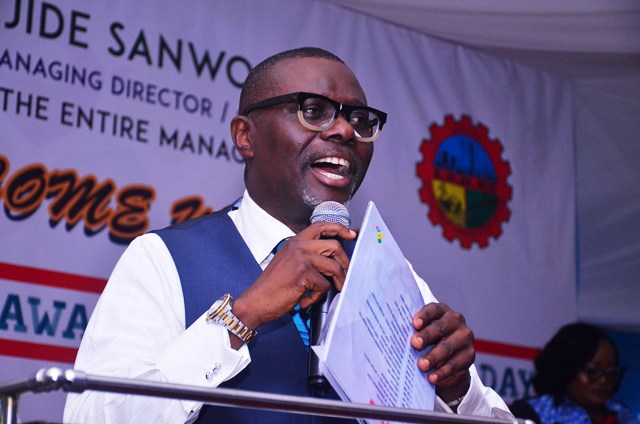 The story of a new Lagos gubernatorial aspirant Jide Sanwoolu who is running under the All Progressives Congress (APC) is causing a stir on social media.

By Tuesday, Sanwoolu had gotten the signatures of all 57 Lagos LGA/LCDA chairmen.

It is being reported that Sanwoolu is the preferred candidate of Tinubu, who is regarded as “APC National Leader”.

The thing is, incumbent governor, Akinwunmi Ambode, is also in the race, and he obtained the nomination form just yesterday.