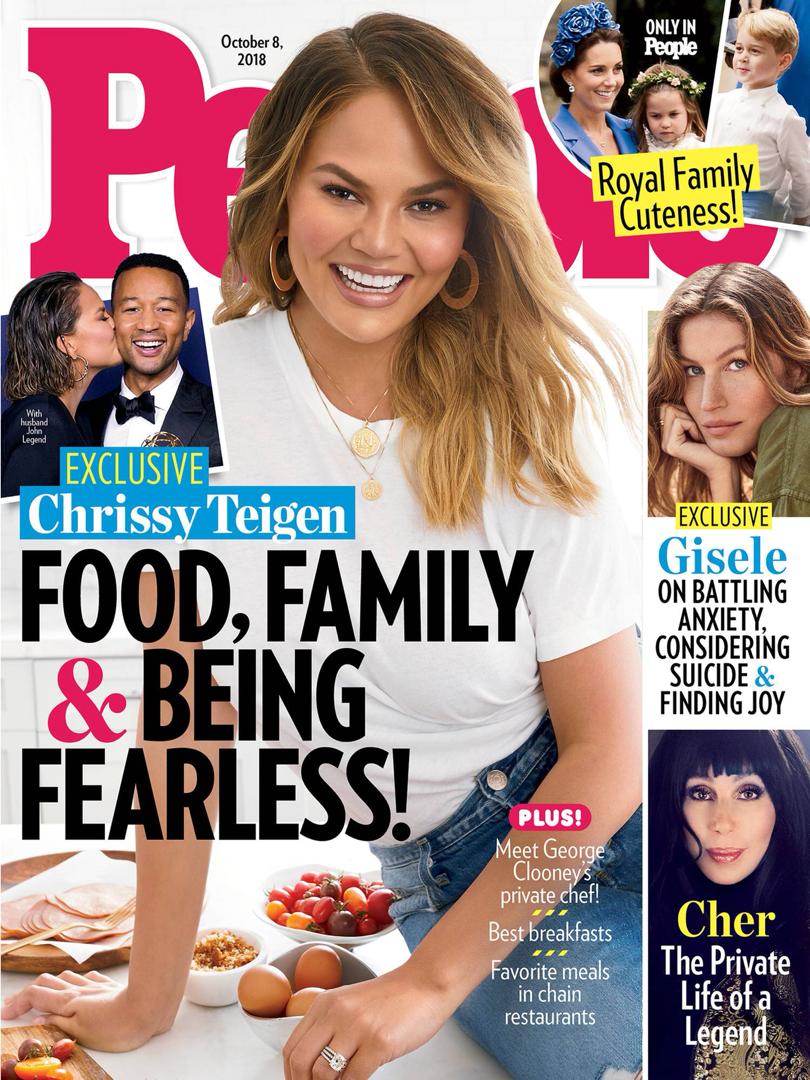 Chrissy Teigen strikes an infectious smile for her latest cover for the newest People Magazine Issue. Her smile aptly defines how amazing 2018 has been for her.

Just this year, Teigen welcomed her second child, Miles with EGOT-winning husband John Legend. She continues to appear on the Lip Sync Battle, and most recently, released a new cook book Cravings: Hungry For More.

In the new People issue, Teigen opens up about wanting more than just two kids with John while revealing that Luna and Miles shared the same “Petri-dish” during her in vitro fertilisation process. The model also talks about her new book and how it was inspired by her life as a mom of two kids.

John wants however many kids I want. That’s the good thing with John—he is down for it, Are we ready right now? No! I really love having two, but I think when I’m 70, I’ll look back and say, ‘Oh, I wish I had more.’ I can’t see myself regretting having a ton of kids.

She further revealed that she wishes she were able to conceive naturally: “it’d be awesome. I can’t even fathom it because it’s never happened to me. I’m totally fine with it not happening because I’ve been in a position where we’ve been able to control it—the timing and scheduling. It would be chaos otherwise—but I love chaos too.”

On new book influenced by motherhood

I was more accepting of cutting some corners, and that has to come from having two kids now. I was wanting to put together a meal that John and I could eat together but not be exhausted from making it,” she says. “So a lot of the recipes are a bit quicker and have fewer ingredients. It’s like, ‘Wow, you can tell she’s at a different point in her life when she did this.”

Rukky Sanda jumps off Plane for her Birthday ??