How to Cope When You're Caught Between Your Besties Fighting 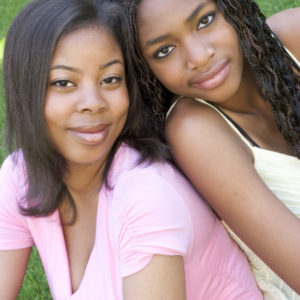 Every friendship has its ups and downs. While we wish we could stay merry with our besties forever, it’s impossible to avoid the occasional altercation. Of course, fighting with your bestie is never fun. There is the tension, anxiety and even hurt. But do you know something even worse? Getting stuck in the middle of a fight between two of your besties.

It gets stressful having to endure their bickering, especially when it’s an ugly fight, and awkward having to hang with them when they are at loggerheads. You find yourself involuntarily placed on the spot where they expect you to play the mediator or pick sides.

Conflict mediator is not a role that comes naturally to many of us, so it would be easier to just ignore both of them. But then, that would make things even more miserable for all the parties involved.

If you’ve often in this situation, here are a few ways to deal with your warring besties:

Know how (and when) to butt in
A fight between your besties should be normal. Think about it, you sometimes fight with them as well. But you find that when you are not involved, it kind of pushes your buttons and you want to tell them off,  make them stop being childish.

While that might prove satisfying, it may not always be the best move. You need to pace yourself and know when and how to butt in. You also don’t want to add fuel to the fire by butting in too early. It just might escalate the fight. Likewise, butting in too late might look like you can’t be bothered or you don’t care.

Refuse to be a messenger
No matter how desperate you are to resolve their issues, do not allow yourself to be a go-between. Do not carry messages back and forth because you can easily become a target. If one of the friends says, ‘Can you talk to her?’ Say no. Instead, ask them to tell you a bit more about what they want to say to the other party so that you can help them figure out the best way to say it themselves. What you want to do is help both of them do their best thinking and communicating about the situation rather than trying to fix it for them.

Express your feelings about the situation
When you realise it is the right time to get involved in the matter, do so calmly. Be honest with them. Let them know if the fighting is making you uncomfortable and unhappy. Talking to them about how genuinely hurt you feel by the situation might actually lead them to do the same with you and with each other. Again, while letting them in on how you feel, you must remember to put into consideration and respect their individuality and different temperaments.

Keep your own emotions in check
While expressing how you feel, you need to also get a grip on how you feel about the situation as well. You may find their silly argument hilarious but saying that would not be the best. Talk positively and remain as neutral and patient as you can while guiding them through their feelings. When you start to feel too much tension, you can use humour to deflect the tension.

Give your undivided attention, but set boundaries
Be there for each of your besties during the period they are at each other’s necks. Even if you’ve known one of them longer or like one better, do not pick sides. Instead, make sure that everyone gets time with you one-on-one. Be there for both of them.

When giving them personal time, you need to make sure that you never say anything bad about one of them to the other. Again, make sure your friends both know that your skilful listening is not the same as tacit approval or taking sides.

Get them to hang out with each other
If talking and listening fails, find a way to set them up. Get them to to hang out with each other. It could be just the two of them, or with you as a chaperone. You could invite them both to hang out at your place without telling the other, or let one know where the other will be at a certain time. They might not find it funny at first but it’s a good first step. Get them to talk it out, listen and ask open-ended questions and help them think through what’s important to them.

Following these usually will help. If it doesn’t, you may consider pointing them to the direction of a counselor, or letting go entirely as sometimes, friendship do come to an end.

Cisi Eze: How to Know If He’s a Sweet Boy

Nkem Says: Nigerian Men Can’t Handle Women Who Earn More Than They Do