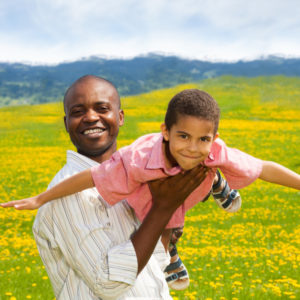 Man, it’s hard to believe a lot of the toxic ideas on parenting our own parents grew up with have been passed onto us.

Yeah, this was inspired by the Wizkid story and the social media comments that have followed.

For those not in the know, the summary is: the mother of Wizkid’s first child, Oluwanishola Ogudu, shared screenshots where she wrote about just how much input Wizkid has in raising their child (very little).

He pays their son’s school fees, paid for a few vacations, clothes, shoes, and (maybe once) their rent (all of this after A LOT of reminders and begging and having family members intercede).

He spends time with the boy once in a while, whenever he’s around, hits Shola up, “I wanna see him tomorrow.” He’s so far missed all seven of the boy’s birthdays.

It’s clear he wants no personal relationship with Shola, which is fine – nothing ties them together except their shared son. Still, a little politeness wouldn’t hurt. But that’s beside the point.

The comments on social media have so far been heartbreaking. While some don’t think he’s doing enough, a majority insist he’s doing just fine. After all, he pays his son’s school fees.

It’s crazy that it’s necessary to point out that paying your son’s fees isn’t what makes you a decent father. This is not a legacy we want to pass on to the next generation: fathers as ATMs.

Too many folks have stories of absentee or emotionally distant fathers – fathers you couldn’t sit with in the living room because their presence was like a stone pressed heavy against your chest. These are fathers who when you heard they were traveling all you’d feel was relief.

See, kids also need emotional support, and it is unfair to place all of the responsibility on the mother. Clothes and shoes are good, but children outgrow them in months.

Don’t abandon the things that matter, that leave an impression. Teach your children your family history. Gist them about you growing up. Take them to the hair salon. Help them with their homework. Feed them. Parenting is way more than fulfilling financial obligations. Kids need love, they need stability, instruction, care, a whole lot of attention.

Not showing up for birthdays is inexcusable. Fathers should make time for their kids – they are one of the major reasons parents go out to work, anyway. Anyone can pay school fees. There are several people out there paying the fees of distant family members, children of friends, of people they’ve never met.

It’s important that going forward, we become better parents to our children. Let’s treat them like humans with needs. If we can make out time to hang out with friends, see our favorite shows, go to the Saturday owambes, then maybe it shouldn’t be too hard to spend time with our kids.

Please, if you want to be a part of your children’s lives when they are adults, it’ll also be nice to be there when they’re just kids.

(Also, to paraphrase a wise woman: Isn’t it a little sad that Wizkid has spent more time with Naomi Campbell than with his son this year?)

Matthew Mordi: 3 Things You Must Consider Before Applying For That Masters