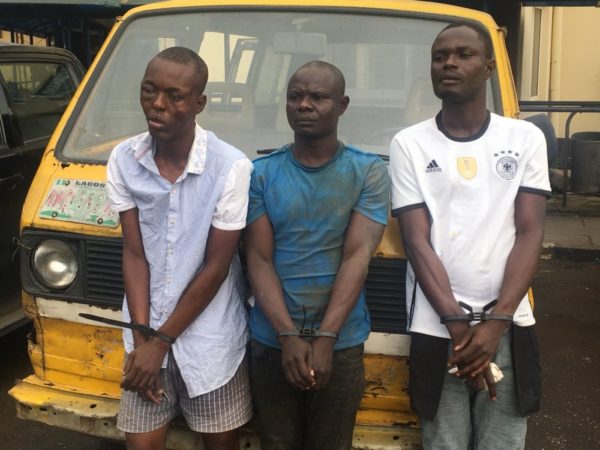 It’s probably the worst nightmare of every commuter in Lagos – coming face-to-face with a one-chance robber.

Thankfully, there are 3 less to worry about as the Lagos Police Rapid response Squad has announced the arrest of suspected one-chance robbers on the Third Mainland Bridge.

Four robbers had actually been discovered, the squad shared on their Facebook, but one dove into the lagoon while being chased by the police.

The leader of the gang who identified himself as John Akinyemi said:

There were four of us. I was in charge of calling the team to work. It was our first trip for the day. We took four passengers in Estate Bus Stop in Alapere. They were going to Oshodi. We dispossessed them and dropped them off before Iyana-Oworo one after the other.

We took their phones and money. We have been doing this for more than three months. We sell the mobile phones and jewelry, and we share the money.