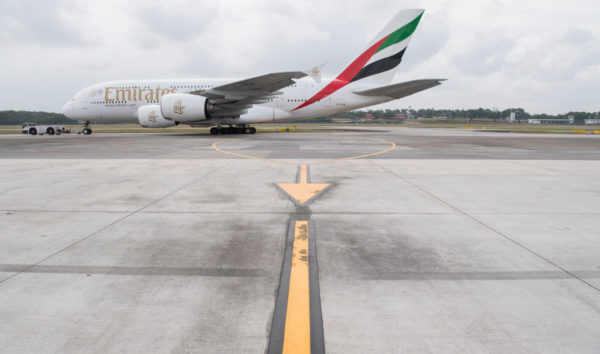 An Emirates A380 aircraft. (Photo by James D. Morgan/Getty Images)

An Emirates jumbo jet has been quarantined at the JFK Airport in New York after about 100 passengers complained that they felt ill.

According to CNBC, about 100 people, including crew members on Flight 203 from Dubai complained they felt sick.

The plane, an Airbus A380, the world’s largest passenger plane, contained more than 500 people on the flight.

The plane was met by ambulances and medical personnel upon landing with 10 people said to be taken to the nearby Hospital for treatment.

The U.S. Customs and Border Protection said it would admit the passengers into the country once they were cleared by the U.S. Centers for Disease Control and Prevention.