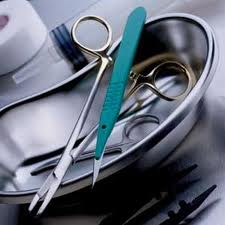 The British Association of Aesthetic Plastic Surgeons (BAAPS) said the “Brazilian Butt Lift” surgery is the most dangerous cosmetic procedure to undergo, amid reports that a second British woman has died this year following the procedure.

According to BBC, BAAPS warned that many people are putting themselves at risk by seeking cheaper alternatives.

BBC’s Victoria Derbyshire programme learned that the deceased, a woman in her 20s, died sometime after August 2018.

The first woman Leah Cambridge, 29, died after having three heart attacks while under anaesthetic at a clinic in Izmir, Turkey

According to consultant plastic surgeon Gerard Lambe, Brazilian Butt Lift, a procedure where fat is taken from one part of the body and then injected into the buttocks, “has the highest death rate of all procedures due to the risk of injecting fat into large veins in the buttocks, that can travel to the heart or brain.”

A 23-year old woman who had the surgery in February in Turkey, told BBC’s Victoria Derbyshire that infected holes appeared on her buttocks 3 months after the surgery.

“I couldn’t walk properly for ages. To be honest, when the holes came it was better as the fat was leaking out, which made it possible to walk again,” she said, adding that her buttocks was leaking for three months, “soaking all my clothes”.

“It smelled. I had to bandage it up every day. I honestly wish I could go back. I was happy with my body before. And now I paid a stupid amount of money to look like this,” the woman added.

One in 3,000 people die worldwide after the procedure, according to BAAPS.