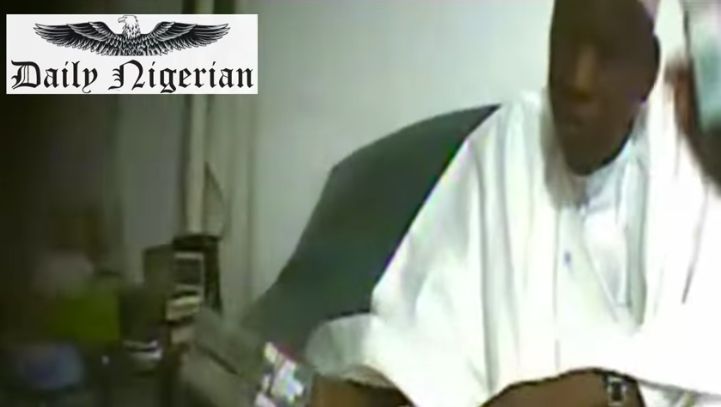 The Kano State governor, Abdullahi Ganduje, has appeared in a trove of video clips receiving bribe from a contractor in the state.

Multiple contractors who spoke with DAILY NIGERIAN on the condition of anonymity said the governor personally receives from 15 to 25 percent kickbacks for every project executed in the state.

The sting operation to capture the governor on camera began two years ago when one of the contractors agreed with DAILY NIGERIAN request to plant spy camera on his kaftan lapel while offering the bribe.

The online medium alleged that the governor received a total of $5m in the over 15 clips it has.

The state government has released a statement refuting what it called a “cloned” video, adding that it has filed a lawsuit against Daily Nigerian and its publisher. 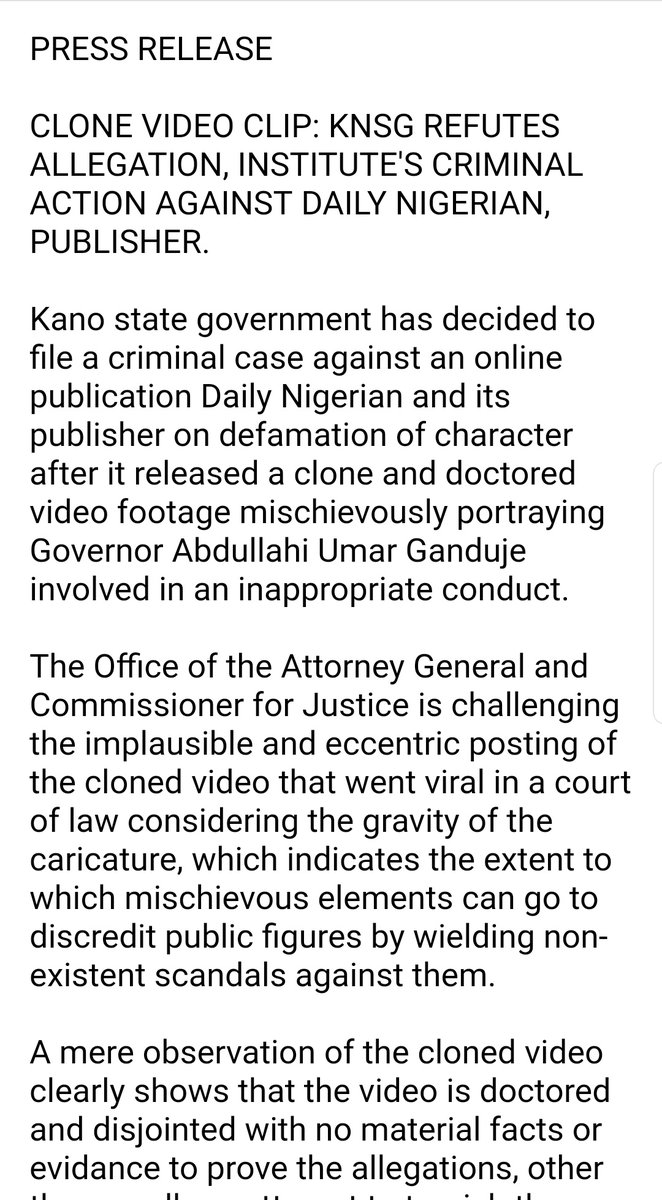 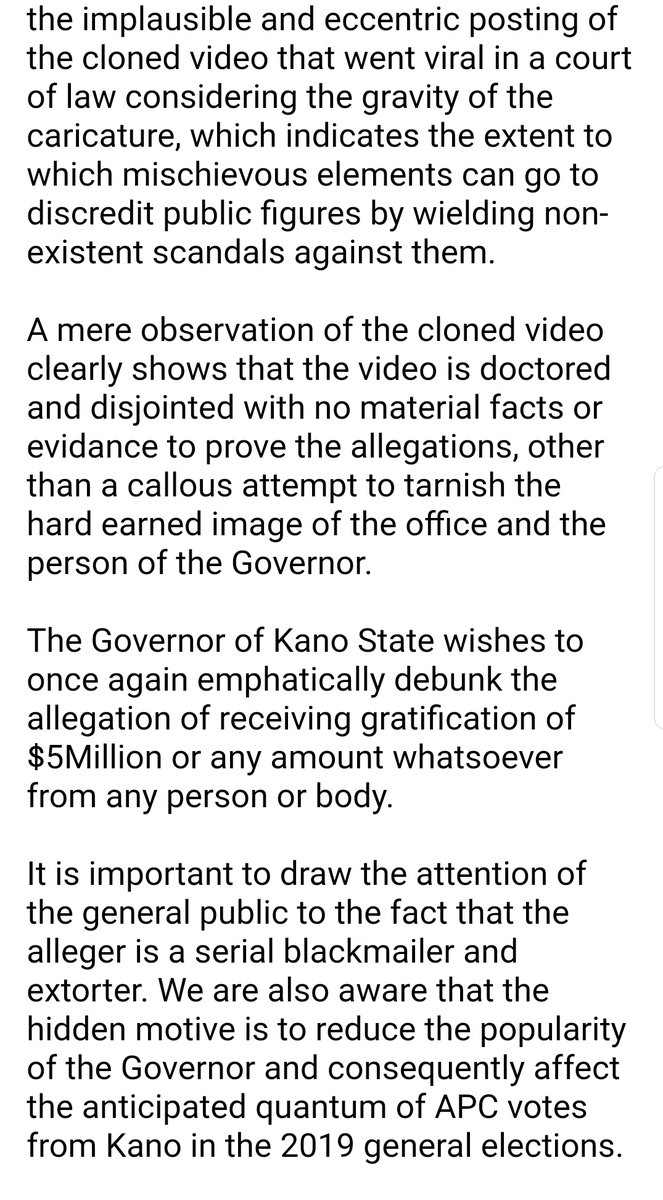 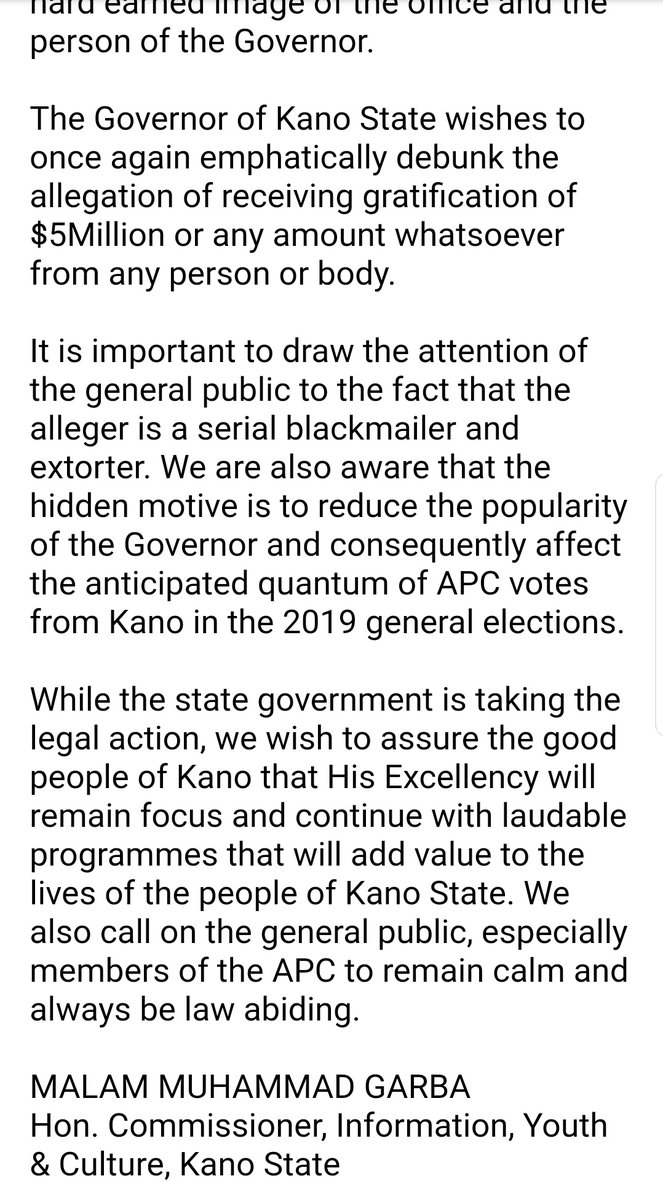