This will be the rapper’s first album to be released since he joined the Mavin Records family.

The album, which is scheduled to be released this Friday, October 5th, consists of 10 tracks with features from Funbi, Ghost, Tems, Seyi Shay and Sir Dauda. 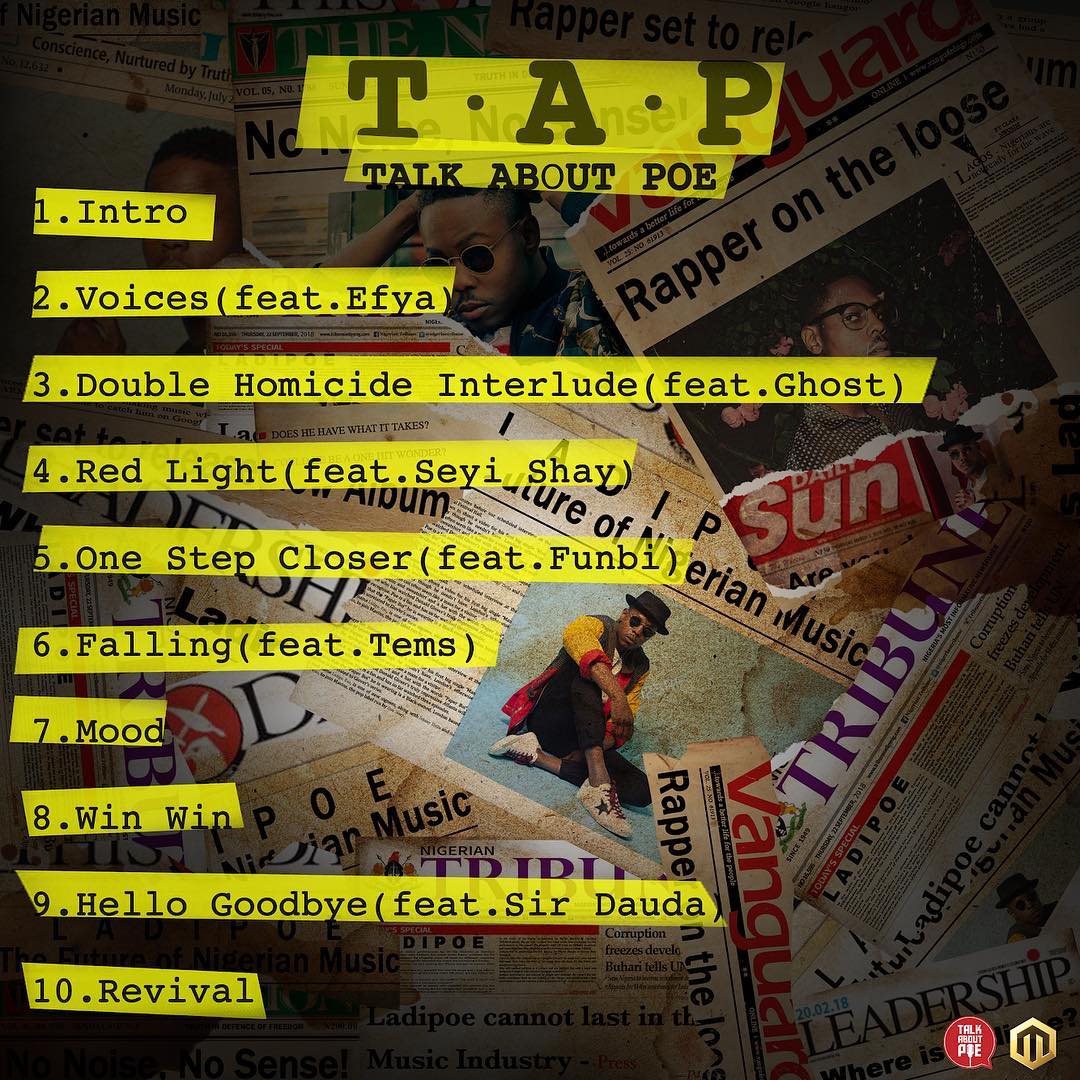