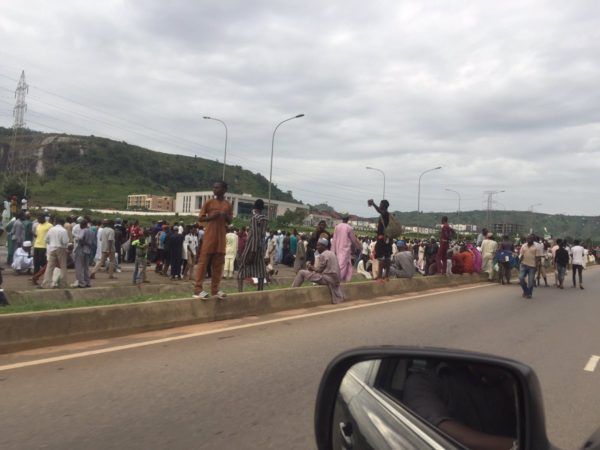 The Nigerian Army has reportedly opened fire, killing members of the Islamic Movement in Nigeria (IMN) in Nyanya, Abuja.

This is coming a day after the military shot and killed members of the movement in Zuba, claiming that they were trying to cart away ammunition.

The Cable reports that members of the movement had been in a procession heading into the city when the army, failing to stop them, opened fire.

Videos on Twitter show cars backed up on the road waiting for the commotion to be over.

This is still ongoing at the time of sending this tweet. pic.twitter.com/CnrqKSWZVr