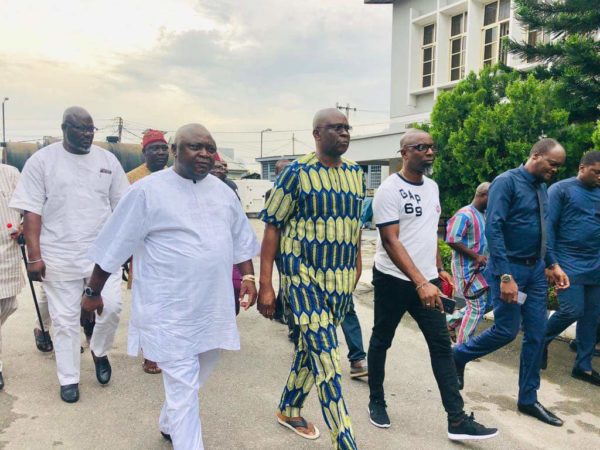 Former Ekiti State Governor Ayo Fayose has fulfilled his bail conditions and has been released from the Ikoyi Prison where he was serving his detention.

Fayose steps out of detention.

Fayose steps out of detention. pic.twitter.com/8WUBuCOzqJ

The former governor was arraigned before the court by the Economic and Financial Crimes Commission (EFCC) and charged with 11 counts of conspiracy and money laundering.

His bail was set at ₦50 million, with 2 sureties with 3 years tax clearance to issue a ₦50 million bond in a reputable bank.