Watch Official Trailer for Political Drama 'If I Am President' 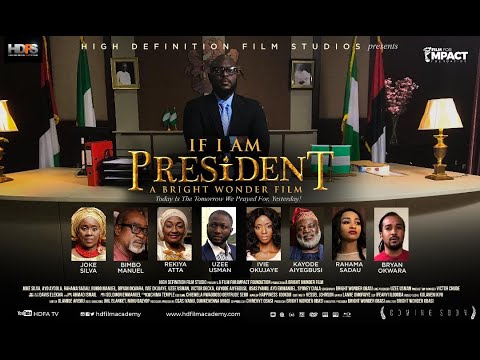 Ahead of the October release of new Nollywood movie, If I Am President, HD Film Academy has released the official trailer.

If I Am President tells the story of 37-year old Zinachi Ohams, the presidential candidate of the Nigerian Rebirth Party, a new party made up of young idealists and recently metamorphosed from a Civil Society Organization.

The group make a push into the murky and rough political terrain, armed with little more than their ideals, and wade through challenges of nasty politically engineered attacks, to emerge as the party and candidate to beat in the elections.

Related Topics:Bright Wonder FIlmIf I Am President movie
Up Next