Good Gospel Playlist on LIMA2018: Testimony is the Upcoming Star of Christ Embassy 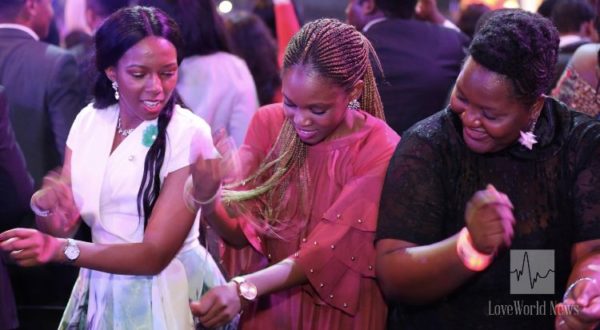 LIMA winner, Testimony Jaga has been transforming the gospel scene with his new street movement for Nigerian youth. The young artist, according to a recent Good Gospel Playlist article, is fast becoming the voice and face of the Loveworld Music Ministry, yet the musician says he owes it all to one man, Pastor Chris Oyakhilome.

Testimony, who took home the prize for song of the year, ‘Jehovah’, hasn’t always been top of the gospel pops. Born originally as Saliu Aliyu Olaiwola, he began to appear on the gospel scene around 2012. Now, as the trailblazer of the new ‘Street Gospel Movement’, a movement inspired by the vision of Pastor Chris Oyakhilome, he is leading kids from the tough streets of Lagos, into a new godly way of life.

The singer started with some rough beginnings. Olaiwola began his career as a secular musician. In the early stages of his career, he was already recording under ‘DaSquad Record Label’ and working with producers of the ‘Gaga Shuffle’. The artist was creating his own music videos and even collaborating with artists such as Obesere and Skalimental, just to name a few. The young artist certainly was on the road to success, yet right in the middle of his burgeoning career, things came to a total halt.

In 2011, Testimony had a run-in with the law. In a series of unfortunate events, police officers were on the lookout for some thugs who stole a car. The thieves who did it fled the scene and left the car right in Testimony’s property. Needless to say, when the authorities found the stolen vehicle, the promising musician was falsely accused and sent to 4 months in prison.

In a recent interview for the Nigerian newspaper The Nigerian Tribune, Testimony recalled how he was praying for God to get him out of this mess, hoping that the real suspects would eventually be found. He was in luck.

“While in prison, I promised God that if He saved me from being arraigned as a criminal, that I will serve Him. I was going to be paraded on national television as a suspect…But before that day, I was miraculously exonerated. The next day, all the suspects were published on the front pages of most of the newspapers in Lagos…God saw me through.”

Testimony, although released from prison, was lacking support. His potentially successful career was now badly bruised. He lost money and his friends. The ‘boy from the streets’, was without a plan and did not know what to do. Suddenly, he got an “instruction from God to go to church.” This was when he discovered Christ Embassy, the church of Pastor Chris Oyakhilome. From that moment, the once again promising artist entered the world of gospel music.

Pastor Chris gave the young artist, a platform to create music and have it heard by millions of people. This sense of support and belief gave him a second chance. Testimony, now fully immersed in the ways of Christ Embassy and Pastor Chris, uses his music as a tool to get through to street youths. With the magic of gospel music, the gospel star is able to reach out to these kids and better their lives. He approaches these kids with his music and just simply talks to them, telling them, with a song, that there is a better and more righteous path.

“If I am truly a gospel minister, where am I supposed to go back to share the good news? The streets. I am saying, “Hello, people, come and see what God has done for me. You too can join me”. That is my mindset and I promised God that if I can make it, I will go back from where I come from to tell everyone there. My songs are for the people in the streets.”

It is here that his fans really connect with him. This has of course definitely boosted his popularity, with people even comparing him to the world-famous Nigerian musician, Olamide, the secular ‘King of the Streets’.

Testimony is not the only gospel star to have emerged from Christ Embassy. Pastor Chris is famous for nurturing the many talents that have filled the Christ Embassy choir over the years. World-class vocalist, Sinach has also been extremely outspoken over the church’s support for her. She too has received a platform from the Pastor. In a recent interview with ‘Christian Radio’, Sinach talks about her journey from singing in modest prayer groups to massive stadiums.

The foundations of Christ Embassy have lifted these many gospel stars into global fame. The Christ Embassy president himself has even commented on the tremendous amount of talent that the church has birthed.

At the recent LIMA awards, Pastor Chris Oyakhilome congratulated the many Loveworld Music Ministry artists on their accomplishments, stating, “no music concert in the world makes sense without talents from here.”

This can certainly be said for Testimony. The artist, in addition to his street music initiative, also has a major hit under his belt, ‘Jehovah’. This song earned him a LIMA award for best song of the year in the proto-stars category.

With a LIMA win for best song of the year and a worldwide fanbase, Testimony Jaga, ‘the boy from the streets’ is fast becoming the voice and face of the Loveworld Music Ministry (LMAM). The humble musician, however, stresses just how much of his success is due to his church leader, Pastor Chris Oyakhilome and the support of Christ Embassy church.
———————————————————————————————————————
Sponsored Content