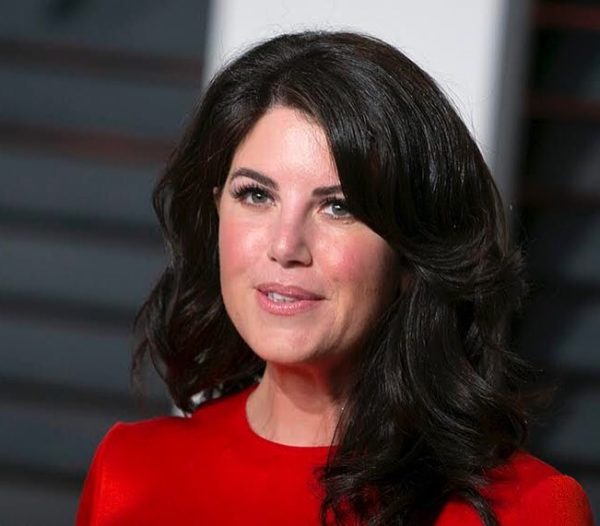 Monica Lewinsky is telling the whole story about her White House affair with Bill Clinton in a three-night documentary series on A&E.

The former intern and her affair with the former president remain one of the biggest White House scandals, leading to Clinton almost getting impeached.

The scandal has found a new life following the #MeToo movement, with people questioning the power dynamics of the relationship.

In the first night of the documentary, Lewinsky shared how the affair started. She let it all out, as seen in a transcript of the documentary from TooFab, revealing that she’d had a crush on him and he’d encouraged it by being flirty.

We had a number of this flirtatious encounters, there was really no sense for me of anything beyond I have this crush and this person I have a crush on is actually paying attention to me.

She shared how at a coworker’s birthday she’d discovered her thong was showing, and rather than pull her trousers up, she thought she’d “up the game” and flash it at Clinton.

I knew he was walking out of the room and instead of pulling my trousers up, I didn’t. It was unnoticeable to everybody else in the room, but he noticed.

Clinton did notice and he became even more interested in her, calling her into then-communications director George Stephanopoulos‘ office to talk. That was when the affair began.

I don’t think at that point in my life my heart had ever beat as fast. I blurted out, “You know I have a crush on you.” He laughed, smiled and asked me if I wanted to go into the back office and I did.

It was dark and he eventually asked me if he could kiss me and I said yes. After a little time, I went back to my desk and at some point later in the evening, I was the only person in the office and he came back in and he said if you want to meet me in the back study in 10 minutes, you can. And I did. It became more intimate from there.

She also shared Clinton had all the power in the relationship, deciding if and when they saw.

I had no way to reach him, if he called me I couldn’t call him back, I was completely at his mercy in that way.

It’s really sad to me, when I look back, I was this 22 year old girl working in the White House for my very first job out of college, I should have been out on the weekends meeting people my own age enjoying myself. Instead, I stayed in my office on Saturdays and Sundays, hoping he would call.

Lewinsky was “distraught” when she got transferred to the Pentagon, a move that strained their relationship.

He was crestfallen. He said, “I’m sure this has to do with the election, I promise you, if I win in November, I’ll bring you back.”

Rumors soon started swirling, and although her boss warned her, “Be careful, people are talking about you,” she and Clinton were “not cautious enough.”

She discussed becoming friends with Linda Tripp who asked questions about her personal life. Of course, she had no idea Tripp was making secret recordings of their conversations, conversations that eventually leaked to the public.

She would ask questions here and there about why did I leave the white house, did he flirt with me. I saw her as just some benign some political appointee at the pentagon, of course she was much much more than that.