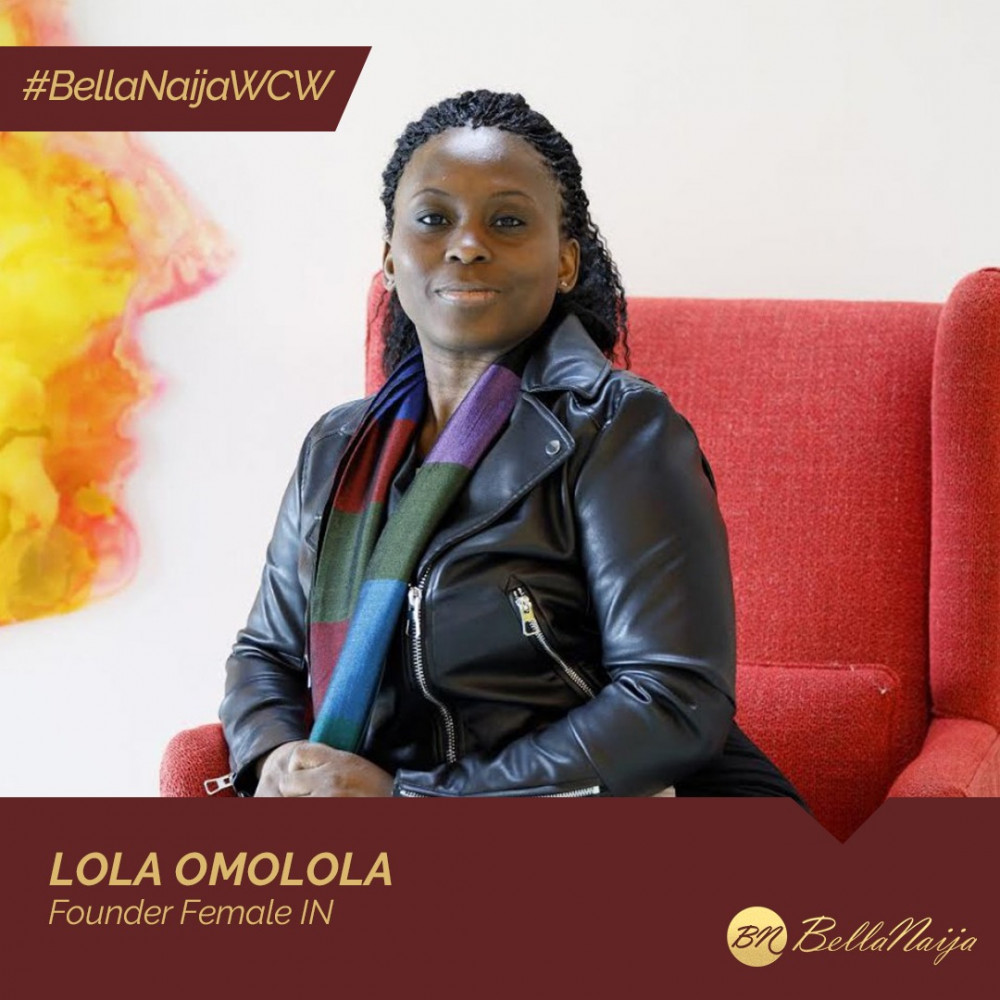 A simple resolve to act, to do something to tackle a particular issue can spark a change which will affect the lives of millions of people all over the world.

Or #BellaNaijaWCW this week is one who decided to do “something small” to tackle issues women (especially those in Nigeria) face.

When news broke in 2014, that terrorist sect Boko Haram had kidnapped 276 girls from their school in Chibok, Borno state, Lola Omolola was troubled. She felt the need to do something, to get women to speak up, stand up and tackle the issues they face.

Her first thought was to find women who were, like her, losing sleep over the same issues as well as get women together and form some sort of a resource.

A year later, shortly after the #BeingFemaleInNigeria hashtag trended, Lola decided to start a secret Facebook group called Female In Nigeria (FIN). It is a safe space for women which allows them express the complexities of their shared struggles.

In Nigeria for example, it is unusual and not expected for a woman to speak up about the struggles she’s facing. She’s encouraged to endure whatever she’s going through, and focus on being decent, building her family, or taking care of the men in her life, depending on the stage she is at life.

Lola started by sharing stories of the women had heard about, sometimes one liners or nothing more than a paragraph, and soon enough, members began sharing their stories. Steadily, a tribe was being formed, people were getting the love, support and encouragement they need and others were getting healing they needed.

Today, FIN is now Female IN, to reflect a broader group of women, as it now has over 1.7 million members who are not just from Nigeria or Africa.

Lola earned her Bachelors degree in Broadcast Journalism from Columbia College, Chicago and worked as a journalist in Nigeria before moving back to Chicago in 2011 and worked at Community Counselling Centres where she assisted people with mental health issues.

Lola later on, started her own website called spicebaby.com where she was providing recipes for Nigerian food. Then she created Female IN in 2015.

Lola is looking to bring FIN offline, by “creating resource centres around the world in strategic places where women know that they can walk in and have the experience that they have in our Facebook community, because there are women who don’t have access to the Internet”.

Lola has met with Facebook’s founder Mark Zuckerberg and was selected as one of the 100 beneficiaries of the Facebook Community Leadership program.

We celebrate Lola for starting a movement that is saving lives and impacting millions of women around the world.

#BN2018Epilogues: For Orode It Was a Difficult Year, But She Pushed On