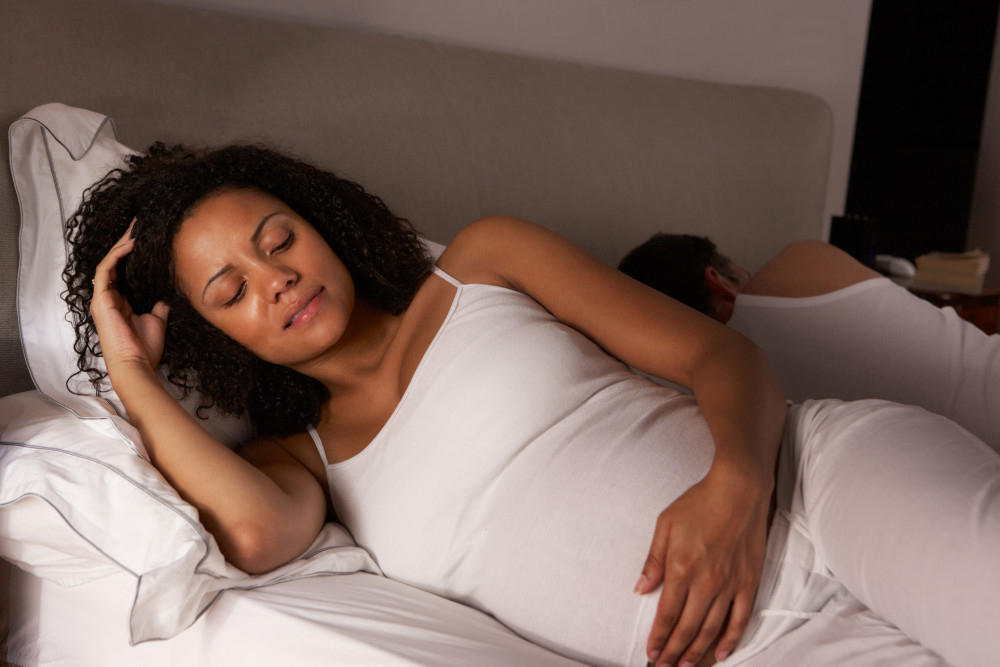 Oftentimes, I wonder, What is the true value of a woman? Do we truly value women? If we do, why should the ability to bear children be part of a woman’s evaluation?

The answer to these might end up being a subtle albeit honest indictment on the African/Nigerian society, where a woman’s value is based purely on her ability to bear children.

This is one grudge I have held against the Nigerian man since my first taste of maturity. And it never got me so peeved until the experience of Thursday, December 27, 2012.

It was the last wedding ceremony I attended that year, and being in the yuletide mood, I was set for a great time.

I was indeed having a great time, enjoying the live band, until the entrance of the bride and groom truncated the song. Her protruding tummy was just too conspicuous for anyone to miss. Watching the careful manner she took her strides, a few of us feared she would put to bed before the end of the wedding reception.

“Here comes another pregnant bride,” a lady behind me joked. And all the people in her circle laughed as if this was a fad they were deliberately observing and recording.

“So, what’s happening here?” I muttered. I wanted to be sure I got the entire thing. And I did get the gist.

The mother of our dear bridegroom wanted to carry her grandchild before joining her ancestors. And she couldn’t hide her impatience. So, she told her beloved son to bring home not just a beautiful, educated lady capable of giving her the much-awaited grandchild, but that the said lady must demonstrate a capacity to reproduce.

So, our young lady accepted the offer. Or so it seemed. She was pregnant!

Now, I understand what happens when a man and a woman decide to play like real adults do. I also understand what the result of that play could be. But what I don’t understand is when a lady decides to demonstrate her level of fecundity because her would-be husband and mother In-law wanted her to get pregnant before her wedding day.

Motherhood, in my estimation, is a thing of pride that comes with womanhood. So why make it transactional? Why denigrate and make it part of the conditions for whatever relationship you intend to have with a woman? Sincerely, I don’t understand it.

Now, how does that make the woman different from or better than a poultry farmer and his farm produce?

Just in case you are wondering what sense I intend to make with this metaphor, let me educate you a little bit about the poultry farmer and his produce.

Many men (and women) in Nigeria perhaps don’t realise that the Nigerian woman, just like her counterparts in most developing nations, is actually being treated the same way a livestock farmer treats his cattle or birds. All in the name of marriage. This may sound ridiculous, but that was one of the shocking revelations I got at the end of this wedding.

It appears to me that our relationship with women is becoming more transactional, such that whenever anything is done for a woman, it is done with a livestock mentality. What, then, is this “livestock mentality” or “poultry farmer and poultry farm produce metaphor” we are talking about? It’s quite simple.

It means doing things for your wife or partner not because of who she is (or based on her value as a human being) but because of the benefit she brings on board.

For instance, if a girl child is being trained to cook, it is for her to cook well for her husband. If a woman is asked to feed well during pregnancy, it is actually for the foetus; so she could have a healthy baby, not just for her sake or health per se. If she is fed well after the birth of the baby, it’s for her to have enough breast milk for the baby. If she is bought a nice dress, it’s not just for her to cover her nakedness or feel warm, but to look beautiful, sexy and good, for her to look attractive and appealing to her man. But how many men eat or wear clothes so they can look good for their women? How many men go to the boutique to buy clothes with the intention of only blowing the mind of their women?

Back to our wedding ceremony. I couldn’t stop asking, “Why would a man want the lady he is dating to get pregnant before getting married to her?” Isn’t that “the making of a village chief?” (Sounds like the title for a tragicomedy.)

This is a great cause for concern because this might just give us an indication that the man is actually marrying a thing, not a wife.

If you value a woman only when she can bear children, it is indicative that how the woman will be treated when she eventually gets pregnant and how she is valued when the child is lost or even if the child is born is a cause for concern. It also means that the children are indeed the reason she is given any regard in the first place. You need the children and not the woman.

Again, we ask, how is this woman better than a layer, broiler or pullet bought at the start of the year and fed enough mash and all manner of chicken feeds so it can grow well, lay good eggs and be sold for food and money during yuletide? How is she different from a goat fed enough grass just so she can bear children we can sell at the end of her breeding season? It’s all about her offspring.

As I watched our young and pregnant bride walk out of the car and into the hall, my mind raced back and forth. I thought about the stuff in her head (what she’s made of and what she was out to prove by getting pregnant before her wedding day). I thought about her groom; how miserable such a man would be if that pregnancy was lost after the wedding, and what on earth would be his honour and pride walking two people to the altar (yes, the woman and the baby in her womb).

But would you blame him?

I thought about our society and how much we have degraded women. I thought about the bride’s father and what is left of his pride, having given away his precious daughter: tasted, sampled and heavily loaded by a boy he was not even sure would be sane enough to be a great husband, father and son-in-law.

I didn’t bother about the bride’s mom, for obvious reasons. For her, I could only mutter “shame.”

Now, this is not about sex before marriage and whether or not it is bad. From the slant of this article, one can guess my take on that issue. You can choose to fall in love with a guy and if your values permit you to have sex before marriage, that’s ok. If you get pregnant in the process, all is well and good too.

However, this is simply about the pride and dignity of womanhood, and the need to keep it intact irrespective of the pressures from a patriarchal society that wants to acquire and own her as one of the possessions around.

For a woman to choose to prove to anyone that she can bear children as a condition for her to be wedded is not only disgraceful but also classless. In fact, it puts the woman on the same level with a livestock. And for a man to give pregnancy as a condition for marriage makes him a herdsman and not a husband.

Chisom Winifred: The Truth They Never Told Us

Michael Afenfia: The Woman Who Did Not Smoke