Superstar model Naomi Campbell is on the cover of the March 2019 issue of British Vogue.

This was the starting point for our cover story – to create an homage to Naomi’s world. Of course, the photographer had to be Steven Meisel. When Naomi works with Meisel, she practically becomes a teenager again, shy and focused, and so it proved during our two-day shoot in New York together at the tail end of last year. They know each other so well that they don’t really need words. Dancers came in, Kendrick Sampson (an actor and activist we both admire) played the role of her lover, and even her driver was pulled in to orbit around her. I hope you enjoy the result. It is the story of a real woman – and a genuine icon. 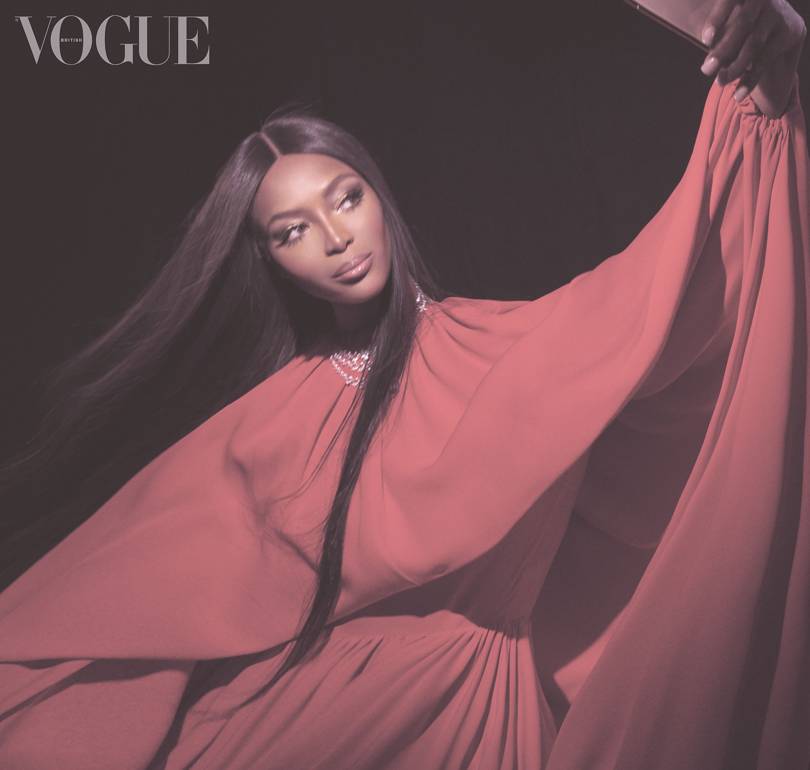 Naomi caps an issue wholly dedicated to putting the Vogue stamp on the first weeks of spring, whether that’s by celebrating the women who have defined the Brexit debate or being granted an audience with Tracey Emin as she returns with a new exhibition. The crucial trends are front and center, of course. Optimistic, fun, colorful and slightly eccentric – there is plenty of escape on offer within these pages, whether it’s a leap of the imagination or taking the season’s best pieces to be photographed on the beaches in LA, or the streets of New York and London. We live in serious times, but I hope that there is still room for a little fun. I believe it’s important that there is.