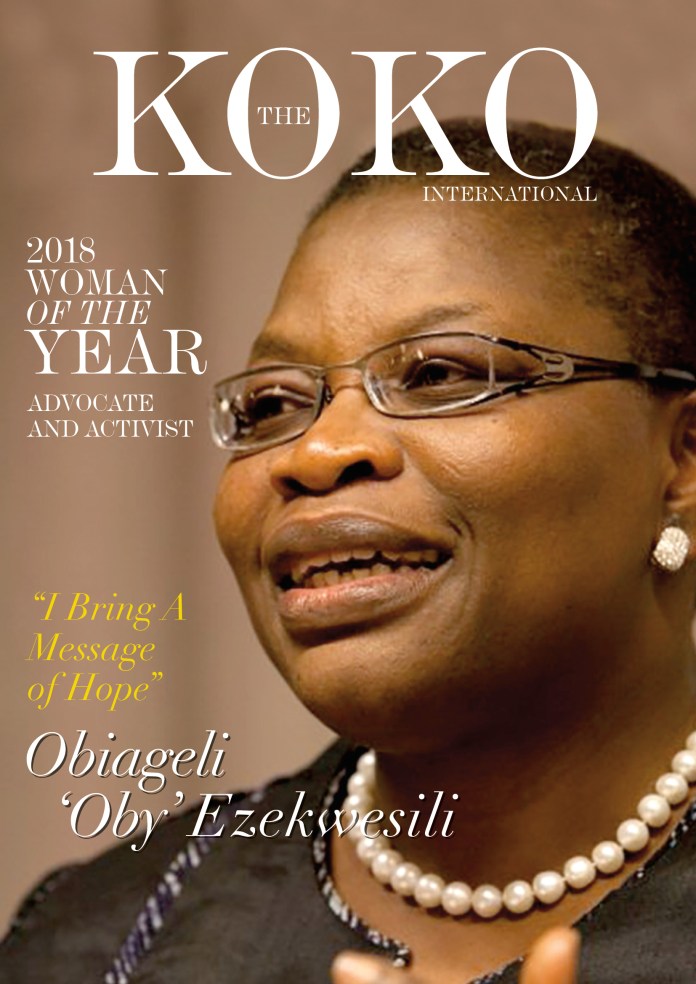 Female presidential candidate Obiageli ‘Oby’ Ezekwesili has been revealed as KOKO magazine’s 2018 ‘Woman of the Year’.

According to the magazine:

Change is the only constant thing in life and with the advent of social media, our world as we know it is changing so fast. With varying challenges that we might be facing be it economic, political, social or environmental, we thankfully still have individuals particularly women leading, inspiring and championing hope for our generation. With that in mind, we as an organisation annually choose a ‘Woman of the Year’.

We begin the process with a mid-year meeting among all stakeholders and a tentative nomination list is drawn, the nominations are varied and the debates vigorous, never more so than in an era of amazing talents, achievements, excellence in diverse fields and women who have made a whole lot of positive change on the African continent. Our 2018 ‘Woman of the Year’ represents not only her trailblazing efforts but more importantly, embodies the hopes and achievements of millions of extraordinary women who make a difference every day across our nations and continent. KOKO’S 2018 Woman Of The Year is Transparency International’s activist-founder, convener of the#BringBackOurGirls campaign and Nigeria’s Presidential aspirant, Obiageli Ezekwesili. And ‘Oby’ Ezekwesili is the cover star of The KOKO Magazine (International) Special Edition.

Tech Entrepreneur John Oke of Wallets Africa is our #BellaNaijaMCM this Week!