Serena Williams bows out of Australian Open after Losing to Pliskova 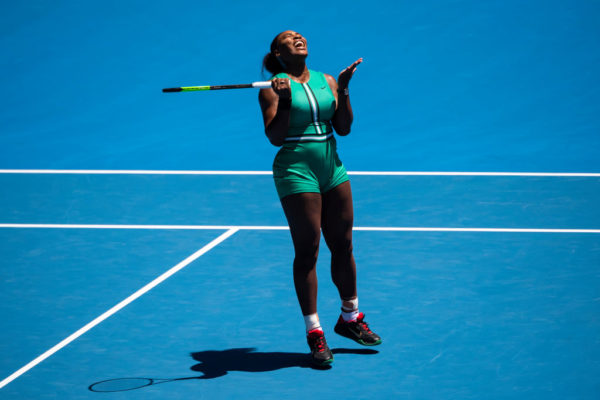 MELBOURNE, AUSTRALIA – JANUARY 23: Serena Williams of the United States shows her frustration against Karolina Pliskova of the Czech Republic during day 10 of the 2019 Australian Open at Melbourne Park on January 23, 2019 in Melbourne, Australia. (Photo by TPN/Getty Images)

23-time Grand Slam champion Serena Williams was up 5-1, 40-30 in the final set of her Australian Open quarter-final match when everything turned upside down.

“I can’t say that I choked. She literally played her best tennis ever on those shots,” Serena said of her opponent Karolina Pliskova, who somehow went from being one point from losing, to winning, to overturning her luck and causing an upset.

Normally I’m having lot of comebacks, but maybe from being a set down or a break down, so nothing like this

I think it’s going to be the best comeback ever so far in my life.

It’s disappointing that she didn’t win, she said, but she’s taken a lesson from it.

From day one [since coming back from maternity leave], I expect to go out and, quite frankly, to win. That hasn’t happened. I have the attitude of, like, I’ve only been playing 10 months, but I expect to win, and if I don’t, it’s disappointing. I rather think of it that way and know that it’s going to happen sooner or later than making an excuse for myself. It’s a good learning experience to know the next time that I have match point, like, ‘Okay, just like go bananas on it’.

Pliskova will play US Open champion Naomi Osaka in the semifinals, and Serena has said she’s hoping to pick up her 24th Grand Slam title at the French Open.

Right now that would be Roland Garros, because that’s the next one, the next grand slam for me.