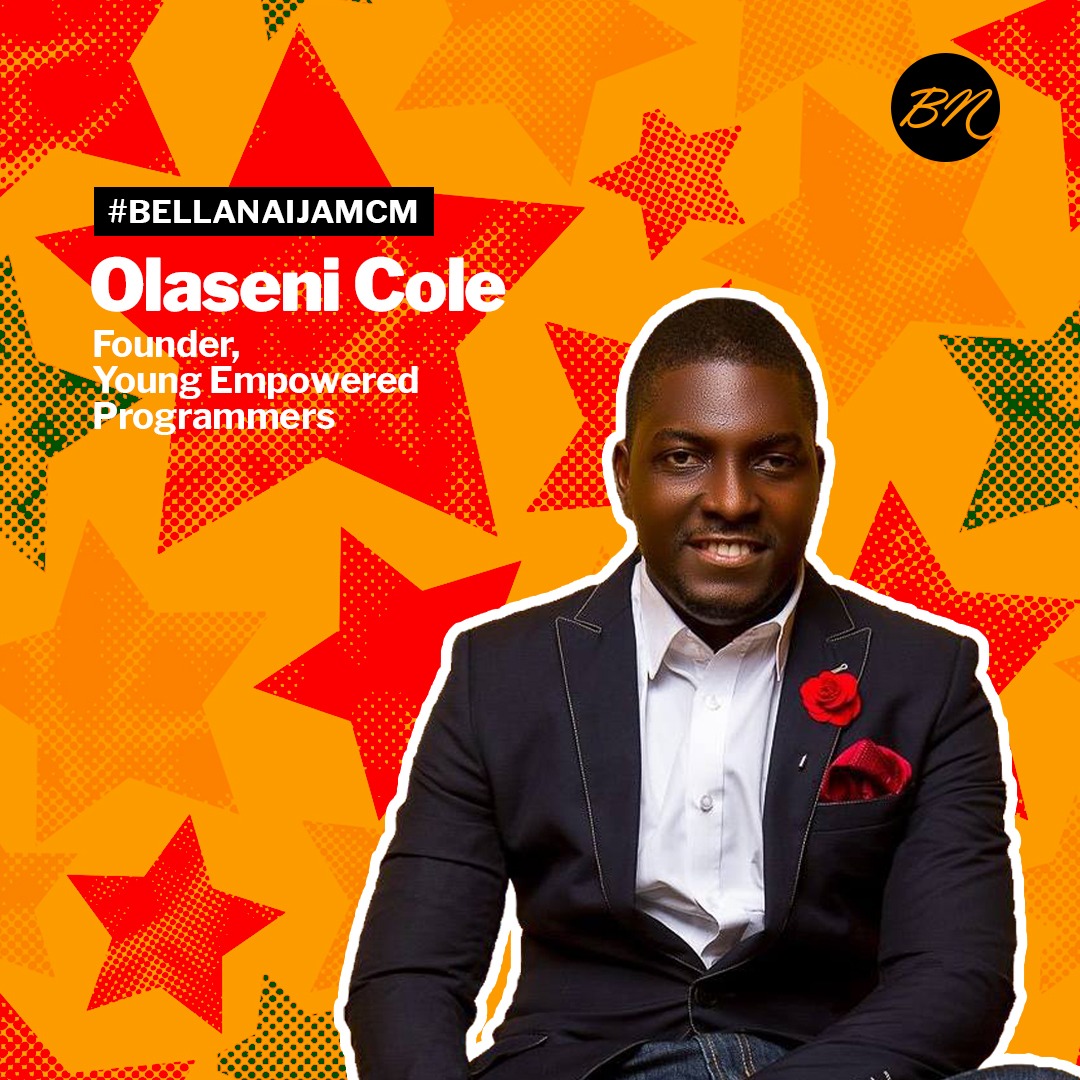 21st Century education should be different, far different from what the world is used to. The fourth industrial revolution is in full gear and has opened up thousands of disciplines and career paths hitherto unknown, especially in the tech and digital space.

Sadly, in Nigeria, even at the university level, there is little progress in tech education. Our #BellaNaijaMCM this week is changing that.

Young Empowered Programmers is a tech-education firm that trains kids and teens between the ages of 5 and 16 on Computer Programming.

Cole was motivated to launch YEP during his NYSC year in Ibadan, the Oyo state capital.

“I was horrified to learn that students received only theoretical instruction about computers and a good number of the students in my classes had never even seen a computer before. I began to take my laptop to school every day and ensured I introduced at least one student a day to a practical understanding of how computers work. When I finished my service year, I decided to scale this idea and created Young Empowered Programmers (YEP!) to introduce children between the ages of 5 and 16 to computer programming,” Olaseni told Innovation Village in March, 2018.

YEP works with various schools on a daily basis and also have a Saturday Coding Club at its learning centres on weekends.

The platform also holds after school coding classes, as well as summer coding camps, all towards achieving its aim of raising an army of innovators, inventors builders and problem-solvers in and from Africa.

Olaseni was nominated in The Future Awards Africa (TFAA), Prize for Education category in 2017.

Over 3,000 students across several schools have been reached through YEP’s programmes and Olaseni hopes to do more and scale across the country. We are rooting for him.