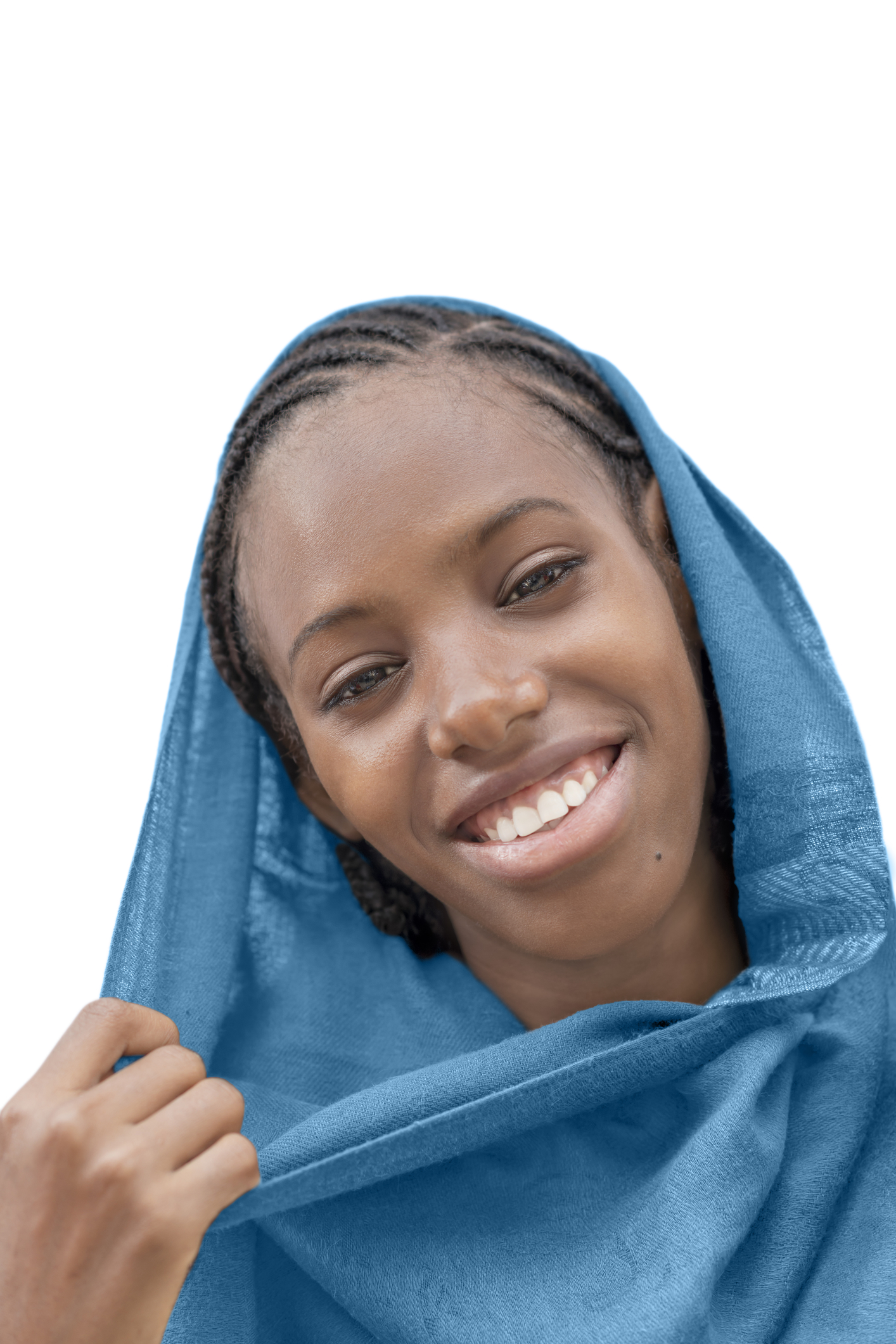 My spirit was down on this bright cold Wednesday morning. I kept replaying different the scenarios in my head. I couldn’t believe what had transpired the afternoon before. Why? I couldn’t pray, think or do anything. I was in a daze. My mum checked up on me several times but I just faked sleep. I didn’t want to talk to anyone or answer any questions. Everyone was blowing up my phone to hear the gist or offer my thoughts and prayers, but I didn’t need it. I took my bath, wore all black to suit my mood, then proceeded to work at 7 AM.

I had a six sigma week-long quality training that started at 8.30 AM but I couldn’t bring myself to wait at home. I wanted to be alone but my parents kept spying on me. They thought I would harm myself. I drove around and made a few stops but I just couldn’t focus. I knew I was in no frame of mind to attend any quality training so I drove home. On getting to the privacy of my bedroom, I googled the incident “Maechelli murdered.” What I saw blew my mind. Before proceeding, let me provide a little background.

Maechelli and I started our friendship during our new job orientation (How I met Maechelli). We had just been accepted for an engineering position at a manufacturing firm and we were apartment searching. This was Maechelli’s first solo apartment. She had recently graduated from college where she shared a space with 4 other women. She was happy to leave that crazy life and excited to move into an apartment alone. She found a newly built apartment which met all her requirement, except the cost.

Our plan was to get a 1-bed-1-bath apartment, but due to a lack of availability, we diverted. Maechelli was looking into a 2-bed-2-bath apartment which was $1200/monthly. With her salary, she could probably afford an apartment around that price range. However, it was difficult coming from a cost-effective background to justify spending over three times her old rent fees. The shared student rent was about $300-$400. I understood the rationale. She dragged this decision for about a month but succumbed when nothing was forthcoming. She decided to get the two-bed and find a roommate to rent out one-room/bath. Having a roommate wasn’t my forte. I argued my point but respected hers. We definitely differed when it came to the love of personal space. After a lot of consultation, paranoia and prayer, the first roommate moved in. Boundaries and rules were set. The occupant had separate rooms and bathroom on the different side of the apartment. They only shared the kitchen and living room. There was no issue with the roommate, only that he was male. Mixed rooming is common practice in America.

About a year later, my friend Maechelli was looking for another roommate. The old roommate had to relocate for work. I tried my convincing magic again but my friend explained how much she saved from getting a roommate. I respected her wishes. She searched and found the calm looking engineer who later killed her. He went crazy one day and stabbed her to death. We never knew he had been hospitalized for mental health concerns in another state prior to moving. The background check came back squeaky clean, and the fact that he worked for the state department got us confident. Unfortunately, we didn’t predict the outcome.

Let’s get back to the bright cold Wednesday.

The things I saw on google made me disappointed in the human race. There were lots of versions of what really happened. I knew most of what happened because I was close to the Maechelli. The local newspaper stuck to the truth while the Nigerian bloggers fabricated lies. I saw stories about how she was dating the roommate. The jealous lover story. The loose wayward girl story. My heart sank. I glanced through the comment section and read comments from her sister trying to set the blogs straight. I had to send her a text requesting that she stopped. On one side, I understood the need to defend one’s own, but on the other hand, I don’t believe in feeding the weeds.

Maechelli was slandered a lot and she wasn’t even there to defend herself. A month after, her body was sent to Nigeria for burial rites. The priest presiding at her funeral gave his sermon based on the lies that were written on the blogs. It was very embarrassing for the family. They lost not only their daughter but her reputation on that day. Everyone who knew this lady could testify to her impeccable character but people who didn’t know her felt it was appropriate to slander her.

Why is it okay to slander people? Are we so morally bankrupt that we can’t hold ourselves to certain standards? Does the love of money rob us of our sense of right and wrong? Does making a mockery of others help us feel better about ourselves? How do we sleep at night knowing our lies might be putting others in danger? What does it take to verify information? Are we saying one has to slander people to make it as a blogger? Would the luxury items bought from people’s pain provide eternal peace?

Islam defines slandering as one of the dangerous and popular corruptions of the tongue. There is a Quran verse that warns against slandering and warns of stiff punishment for this action. Quran (49:12) likened slandering to eating the flesh of his dead brother. Another Hadith states that anyone that reveals the secret affairs of another, God shall reveal his own secret affairs and scandalize him in his own house. Abou Saeid narrated from the Prophet that slander is worse than adultery. This is because adultery may be forgiven with repentance to God but slandering requires forgiveness from the other party who might not be accepted. Slandering hinders acceptance of prayers and destroys good deeds.

The way social media has made news accessible is the same way it has made gossip accessible. With the click of a button, the wrong information can cascade to multiple people. With the help of social media likes, tweet, broadcast, and regram, information could spread to hundreds of people within a few minutes. Who should be held responsible for peddling lies? Is it the one that shares the gist with a friend after reading it from another or the one that shared it on social media to others, or is it the one who wrote the initial message? In the current Nigerian society, no one is held accountable. It’s a society where everyone is hustling without being held to any moral standard.

In Islamic doctrine, everyone responsible for sharing the lies would also share in the sin; from the originator to the last person. However, the originator shares in every participant’s sin. He/she shares in the sins of those involved, the adverse effect of the ‘gist’ and he/she would account for it on judgment day. Everyone would account for shares and retweet on judgment day. Technology has made life easy for us, it has also made the path to Jannah more difficult.

There are excuses that maybe the originators had no idea the information was a lie. The Quran states “O you who believe! If a Faasiq (liar — evil person) comes to you with any news, verify it, lest you should harm people in ignorance, and afterward you become regretful for what you have done” [al-Hujuraat 49:6]. It is important to verify everything we hear to avoid peddling lies. If the information isn’t verifiable or there is a tiny chance of uncertainty, stay silent. A Hadith narrated from Abu Hurayrah that the Prophet (peace and blessings of Allah be upon him) said: “It is enough sin for a man to speak of everything that he hears.” Al-Silsilah al-Saheehah, 2025.

I also heard excuses from individuals that blogging is a business that must yield a profit. Of what use is profit when it comes at a very high price of internal rest or peace? Any profit-making scheme on other people’s pain and secret is only for a limited time and will have future consequences. Remember the one who exposes others’ secrets will always be exposed. We rise by lifting others and not stomping on them while they are down.

There is a popular saying in my office: “Trust but verify.” I work in an aerospace firm and the result of misinformation can be catastrophic. Regardless of who provides the information, one is responsible for either fallout or praise as a result of the application. Appending your signature makes you liable for any damage. No matter how much trust we have in the source of Information, we must always verify. This is also supported by the Islamic doctrine.

Regardless of one’s religion or race, it is important to never lose sight of one’s moral code and essence. Every day I ask myself, how I would have felt if I were in Maechelli’s family shoes? I wish the peddlers would get a taste of their own medicine so they could feel how much it hurts.

#PVCitizen: Go Out To Vote Your Candidate Tomorrow

Muslimah’s Voice (muslimahsvoice.com) was created to educate, uplift and inspire and enlighten women especially muslim women about their rights according to the Holy book. Many Muslim women especially in Nigeria are oppressed due to wrong interpretations of the scripture. This blog was created to discuss difficult and controversial topics plaguing women and the scripture's perspective.