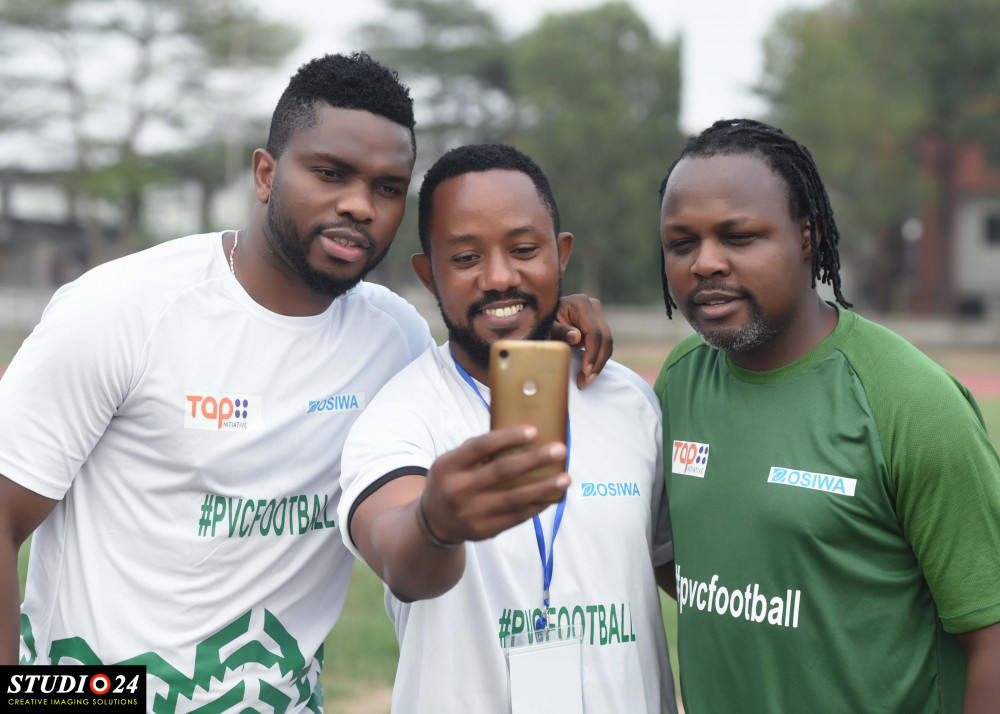 The 2013 AFCON winning team won the 1994 Super Eagles team 5-3 on penalties to emerge as the champion of  PVC Football Novelty Match played at the Yabatech Sports Complex on Saturday, February 9, 2018. The novelty match aimed at motivating young people to actively participate in this year’s election was organized by Tap iNitiative in partnership with OSIWA and sponsored by Studio24Nigeria and GM Records.

The 30-minutes match ended goalless before going into a penalty shoot out to decide the winner thanks to the 2013 Super Eagles goalkeeper Emeka Ikejiofor whose goal sealed the victory for the team.

Before the blast of the referee Wofaifada, to kick off the match, a one minute silence was observed in honour of the demised teammates from the 1994 AFCON specifically Stephen Keshi, Rashidi Yekini, Uche Okafor, Sunny Ozogula, Jossy Lad and Thompson Oliha. 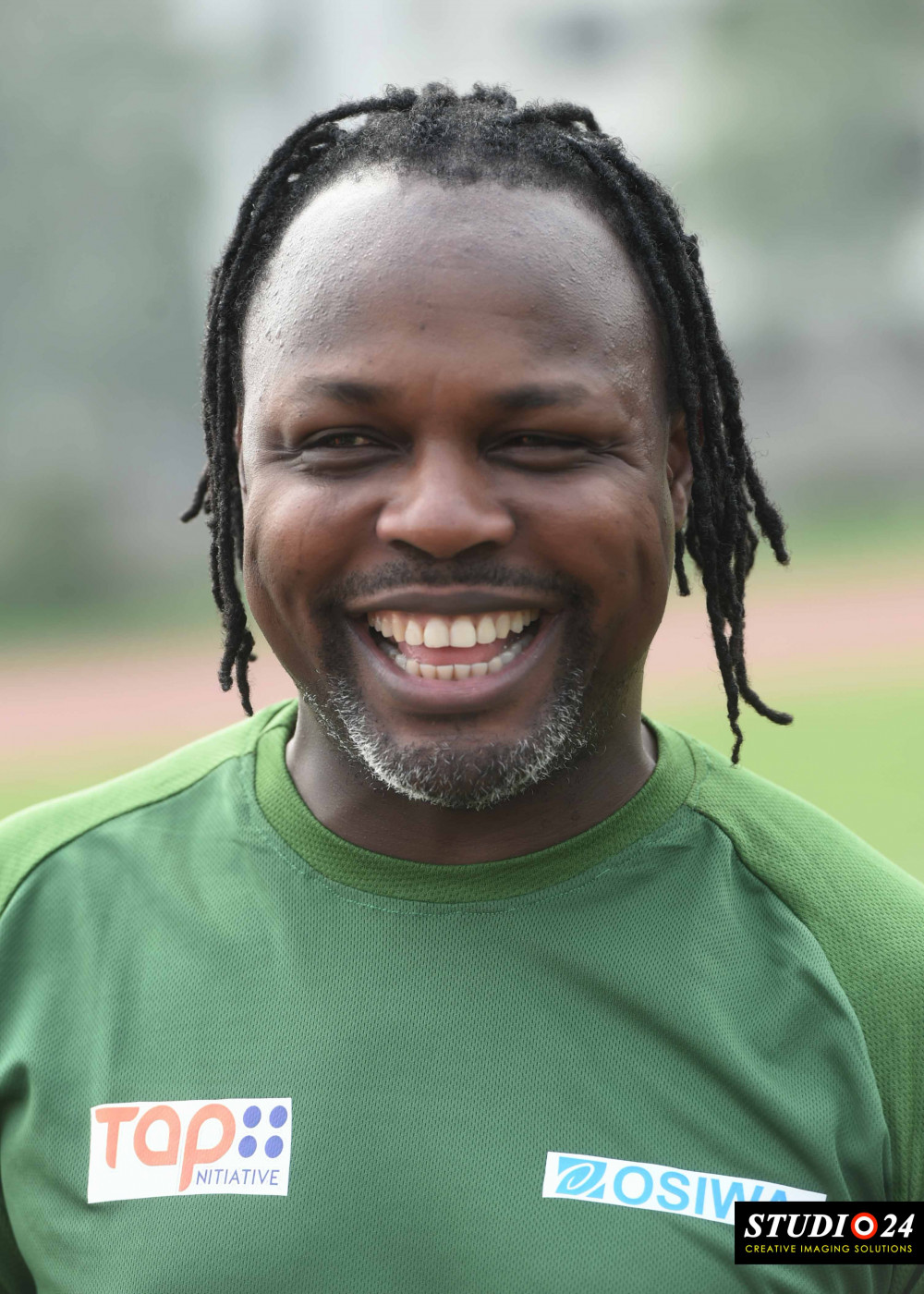 Also,  the Executive Director, Tap iNitiative Mbasekei Martin Obono, who appreciated spectators and fans of the Super Eagles for coming to watch the stars play, urged them to get their PVC and vote the candidates of their choices. He also urged spectators to shun vote selling stating that, “selling your vote is tantamount to selling your birthrights for a morsel of bread that would not last.”

Going into the match which was witnessed by football supporters, 1994 Super Eagles forward Mutiu Adepoju’s effort to breaking the deadlock went wide.

While the 2013 AFCON winning team which had an array of young players dominated possessions, but efforts by the team Captain Joseph Yobo who played forward were saved by experienced goalkeeper of the 1994 Super Eagles team Aloy Agu. 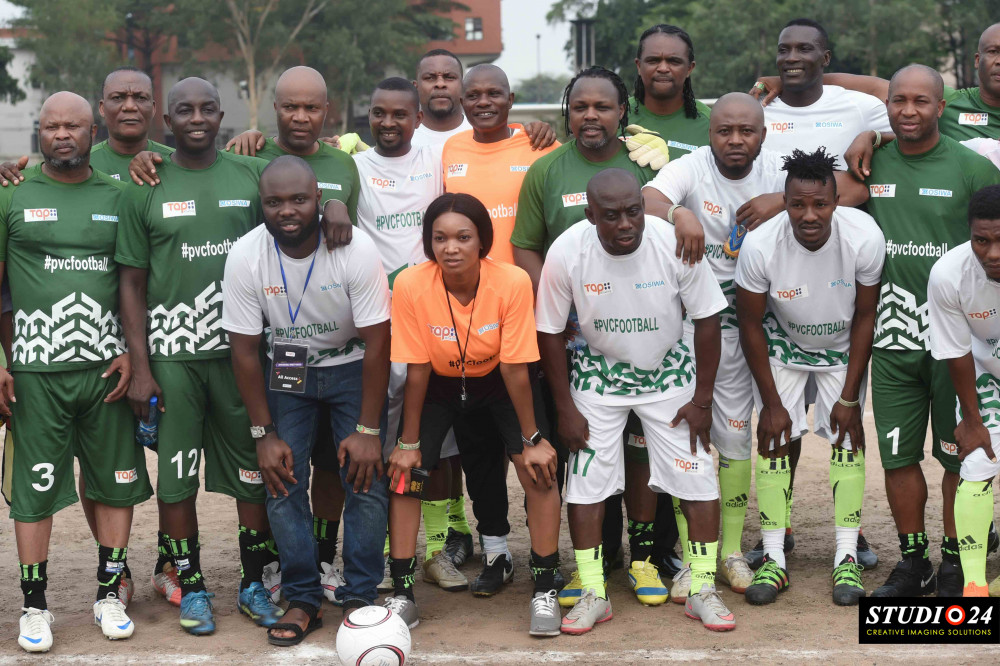 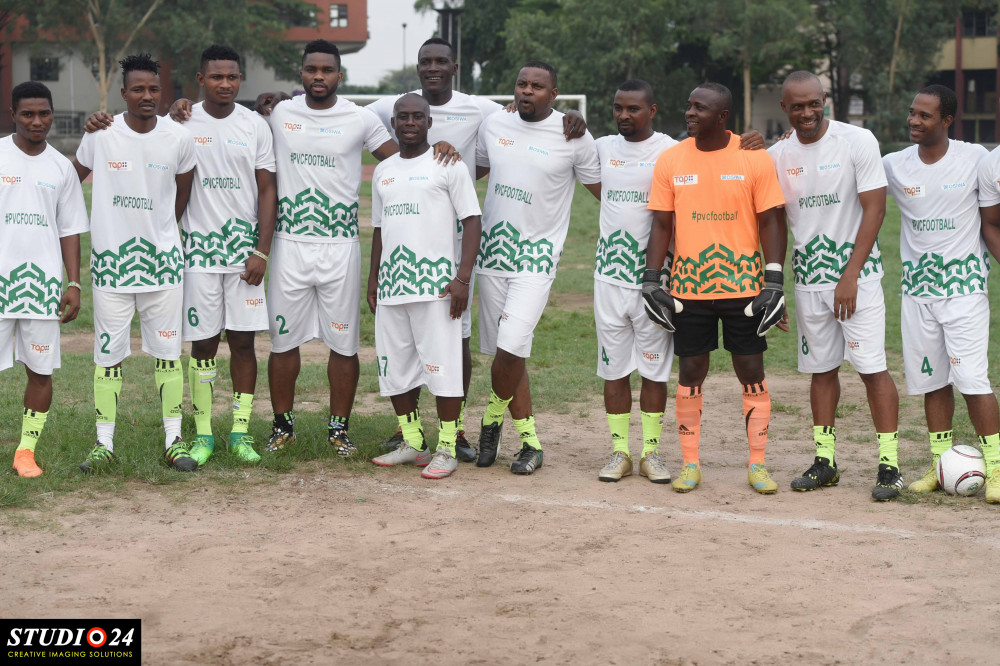 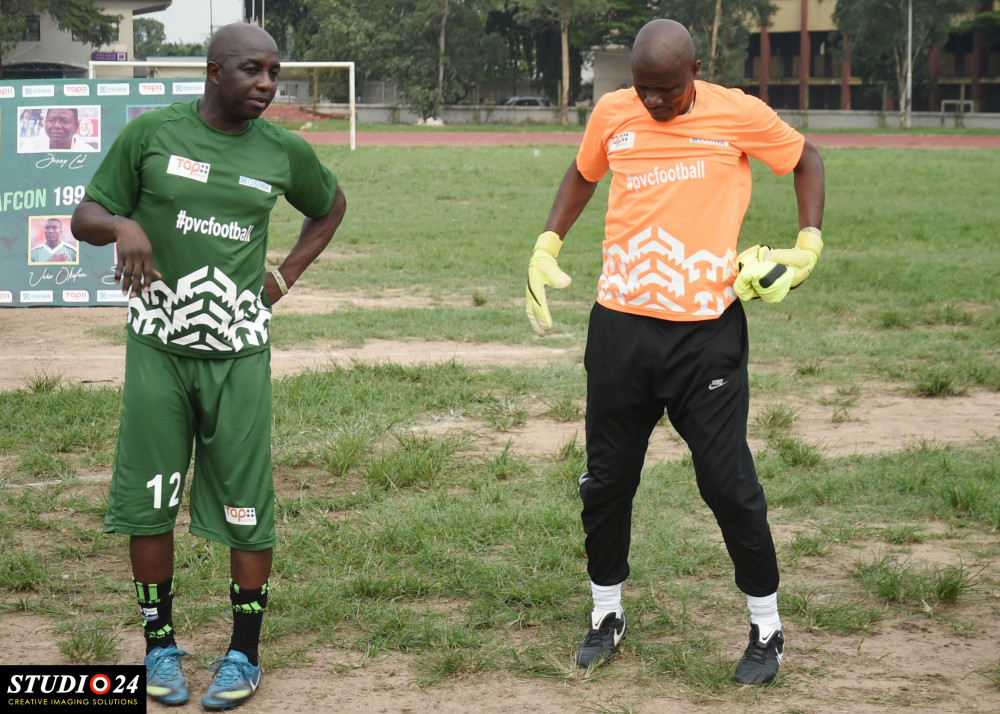 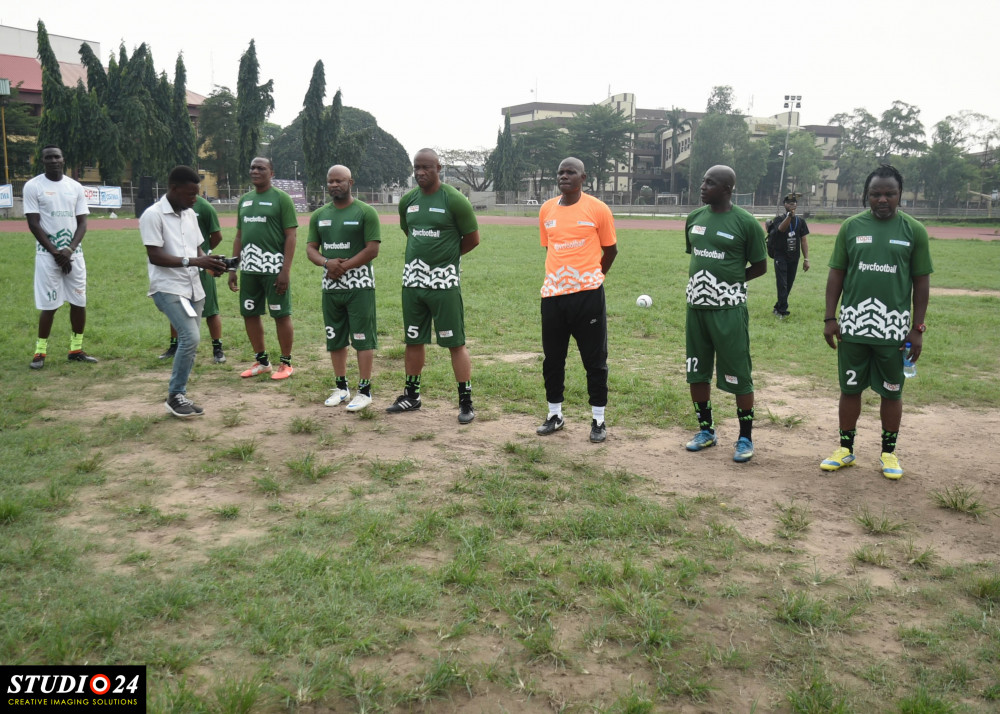 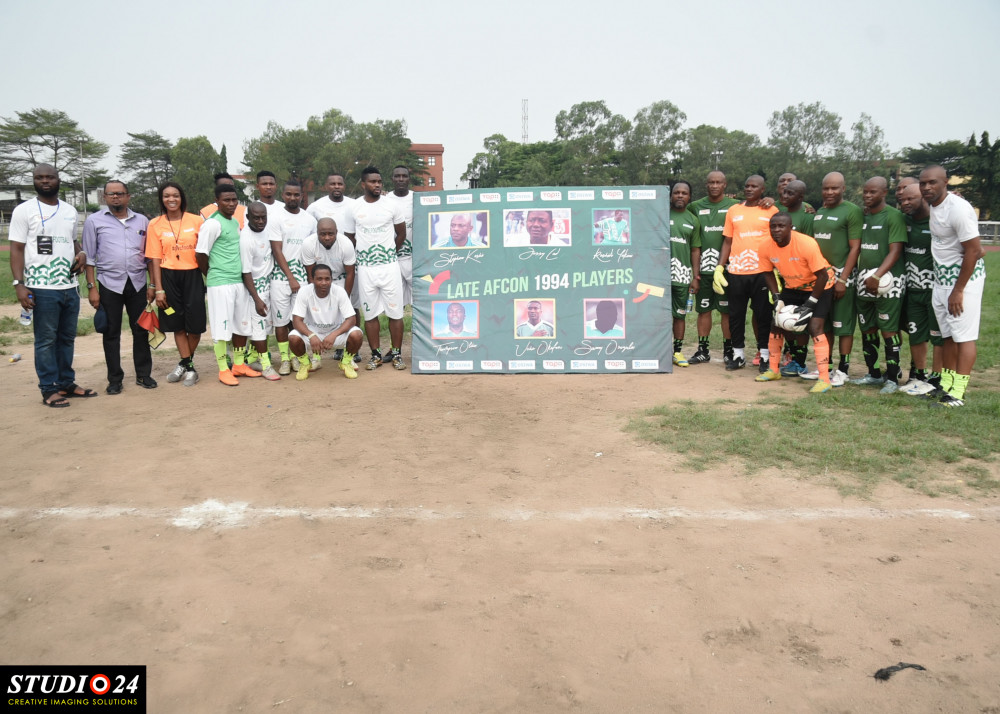 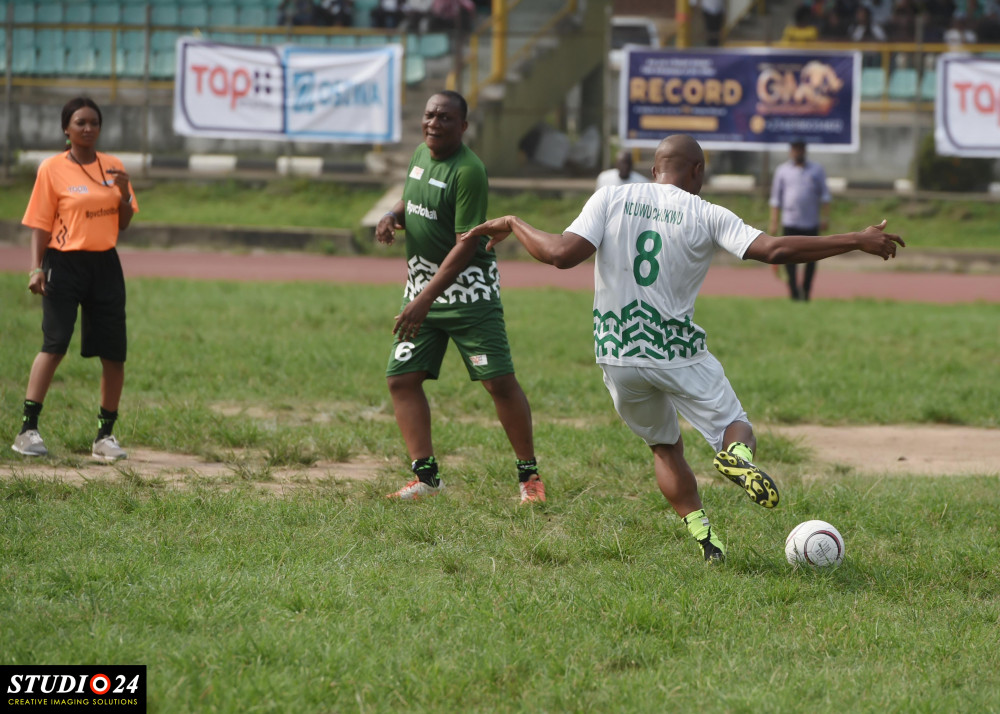 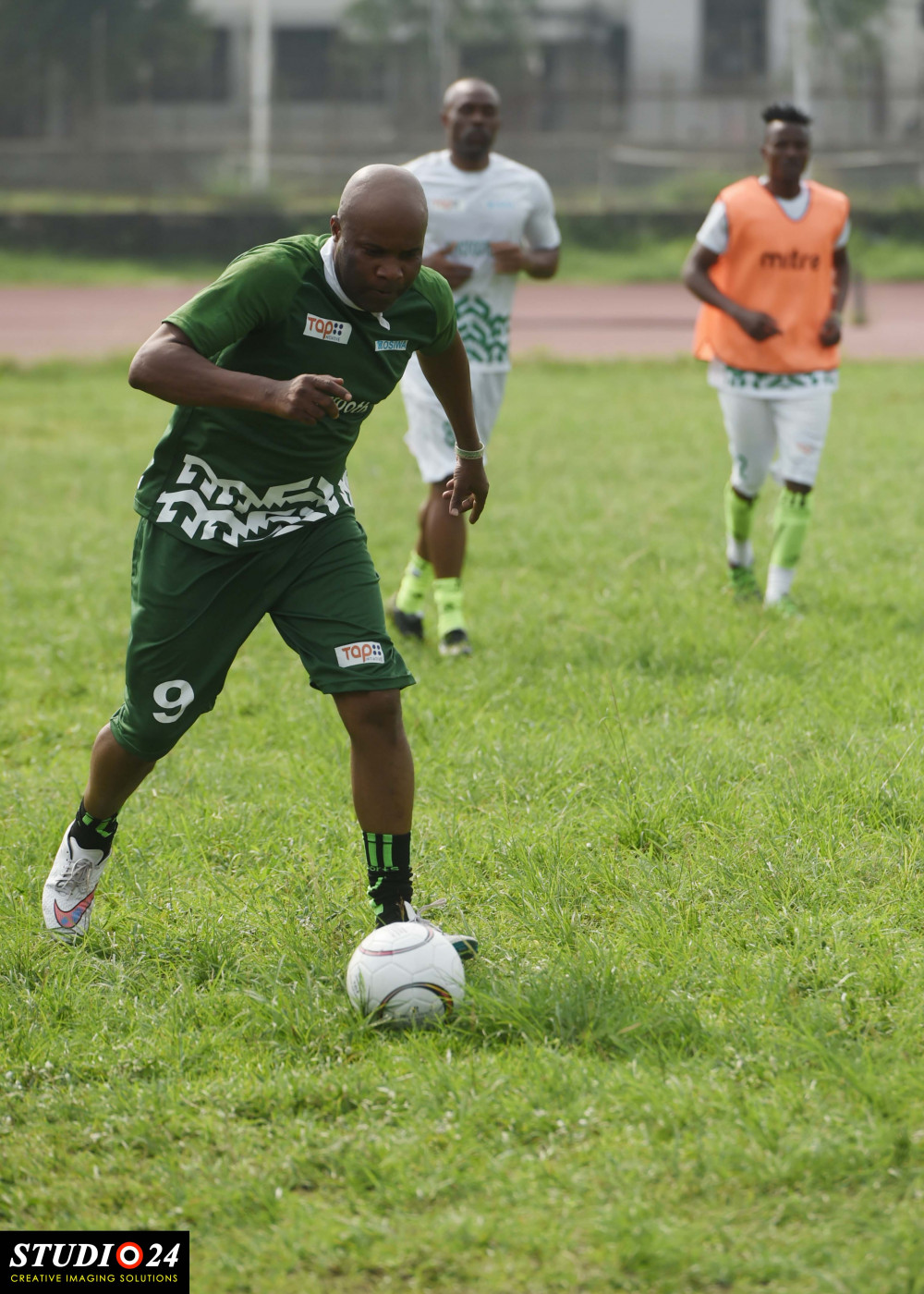 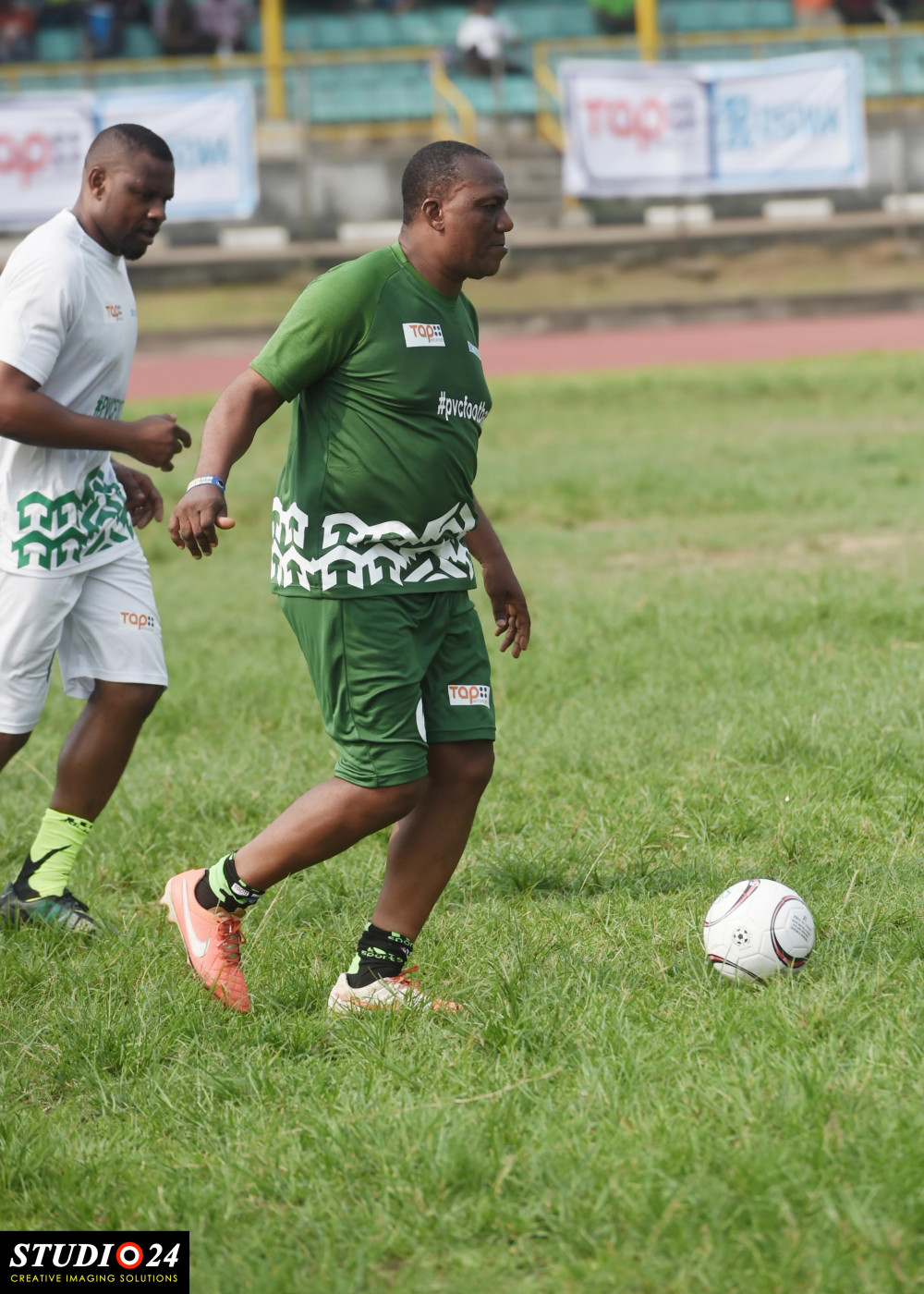 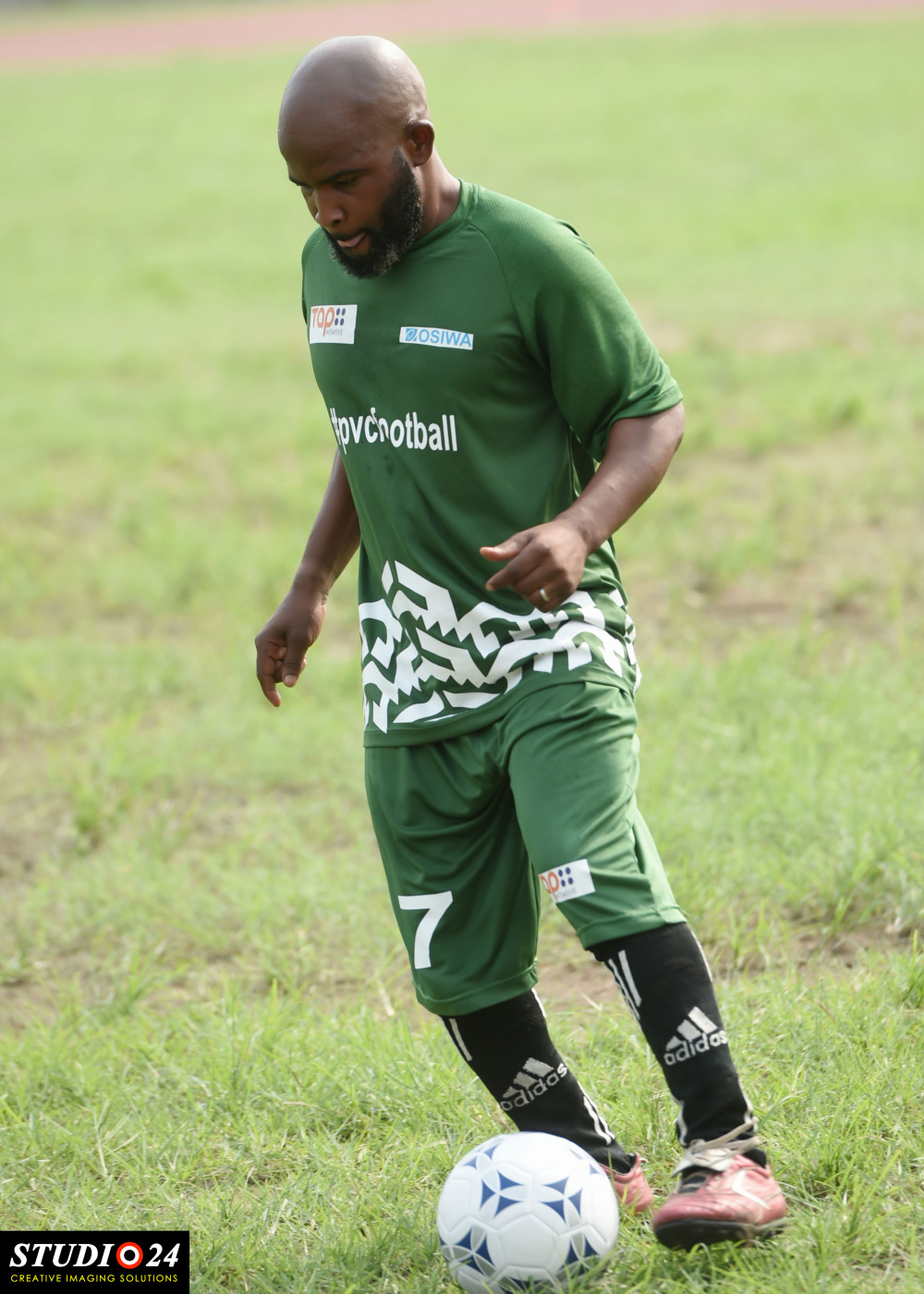 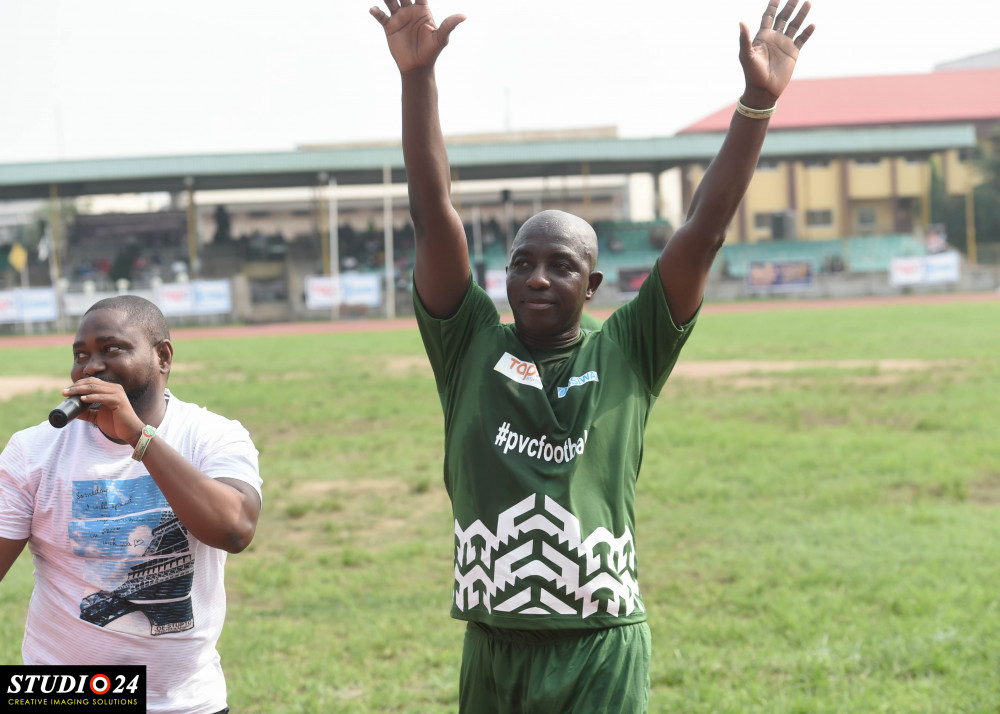 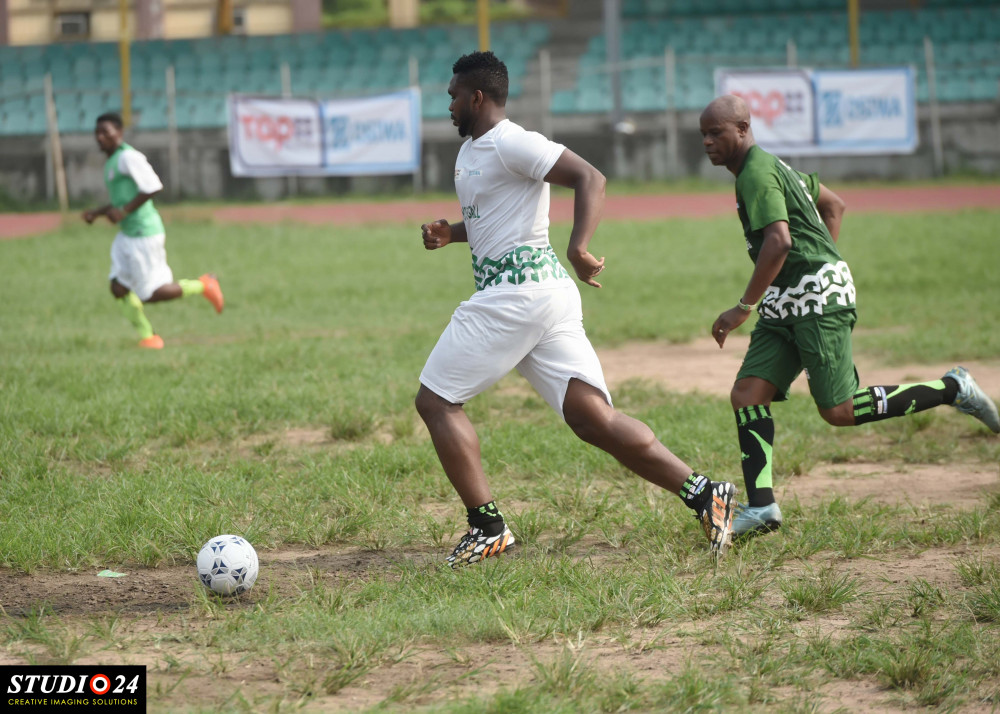 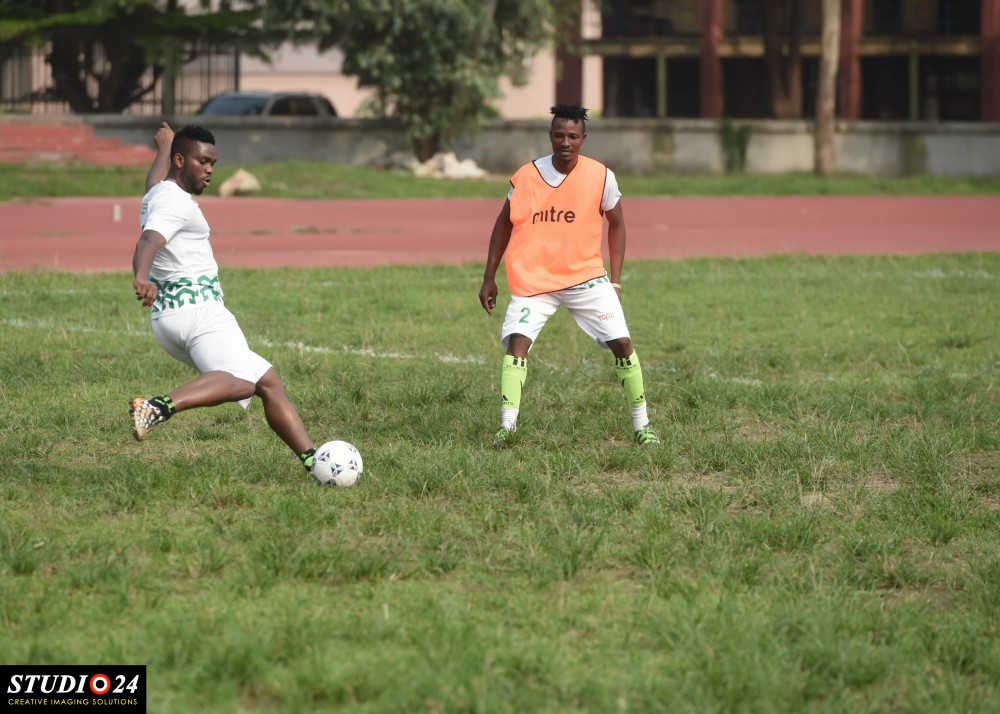 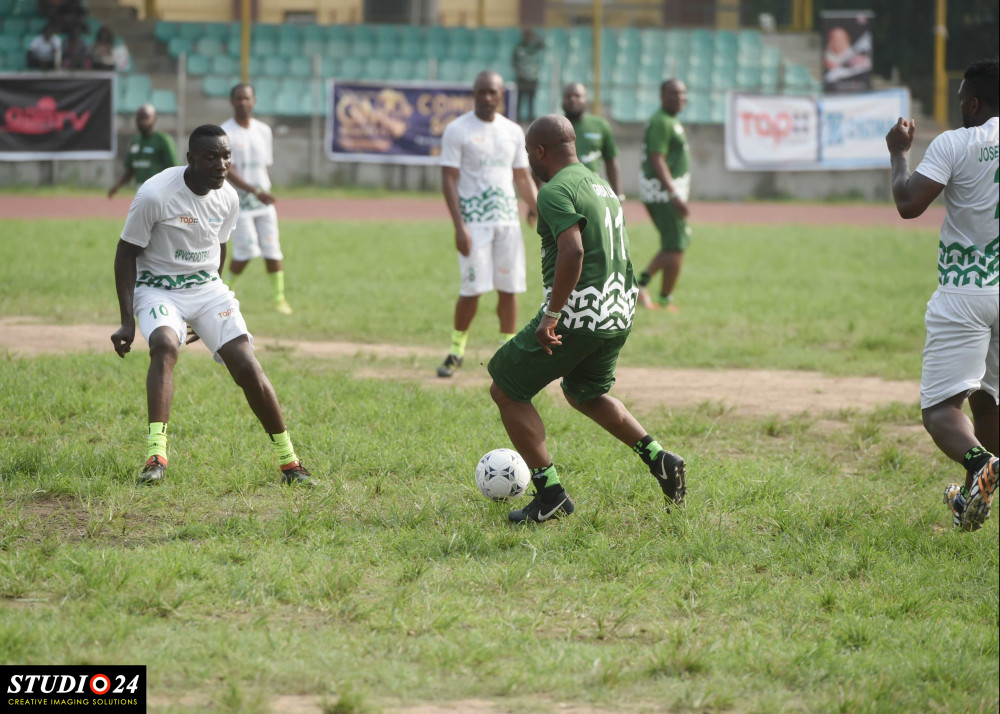 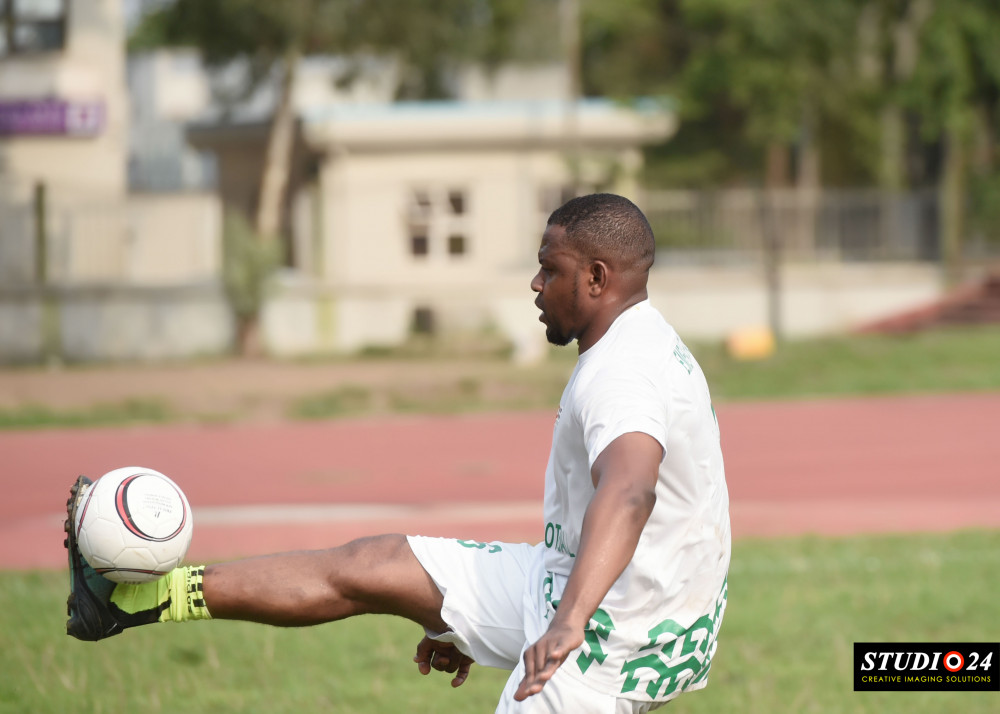 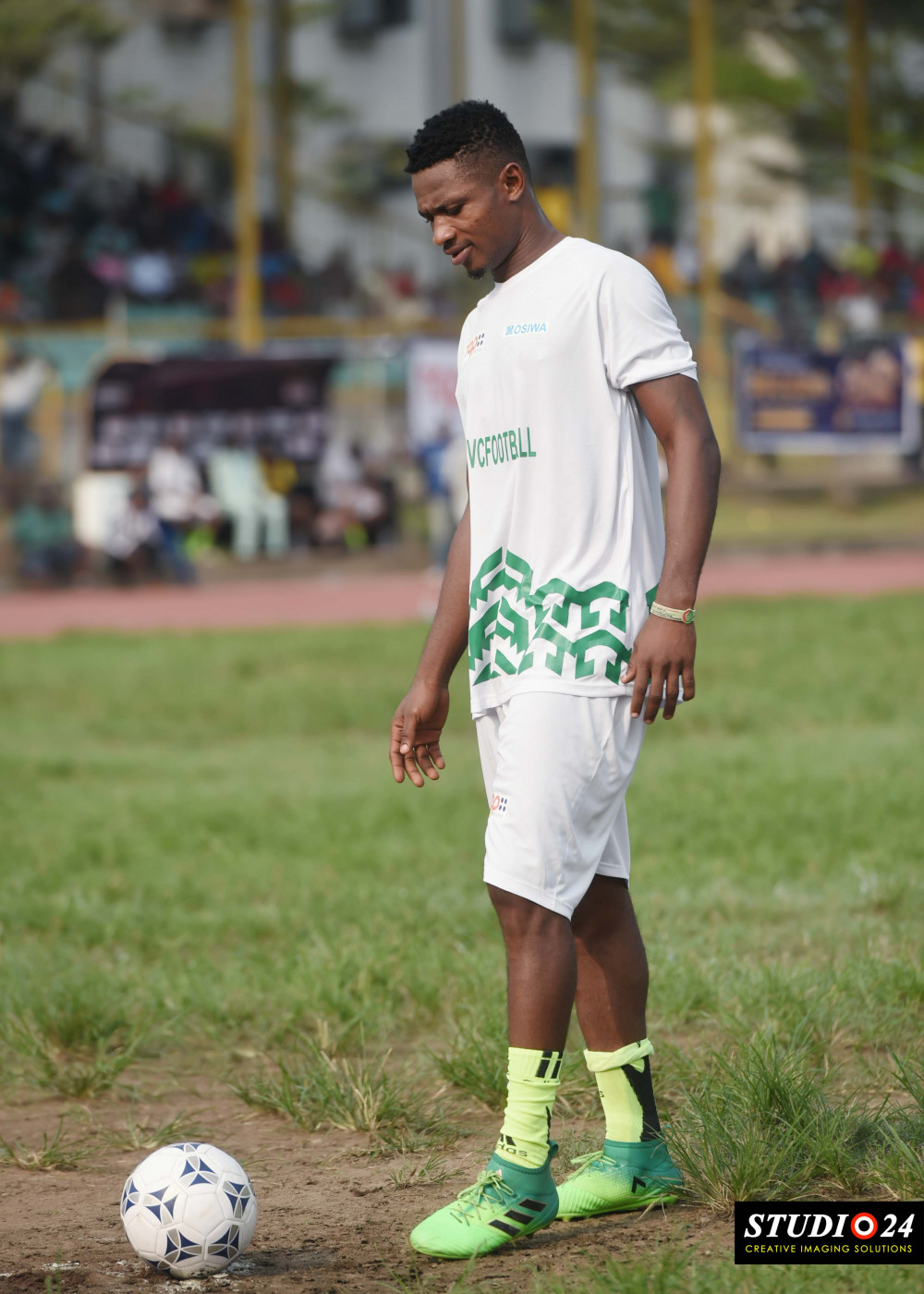 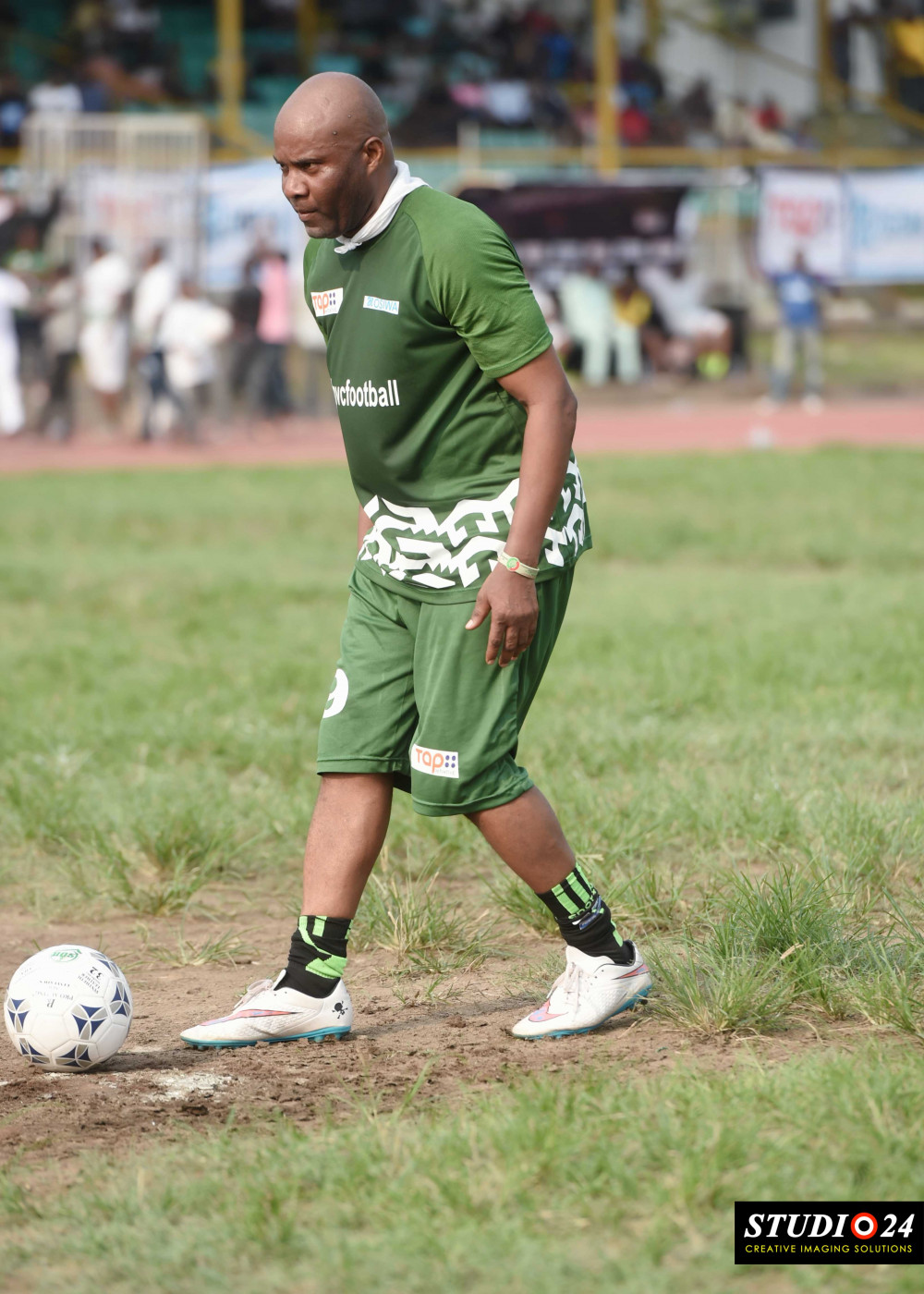 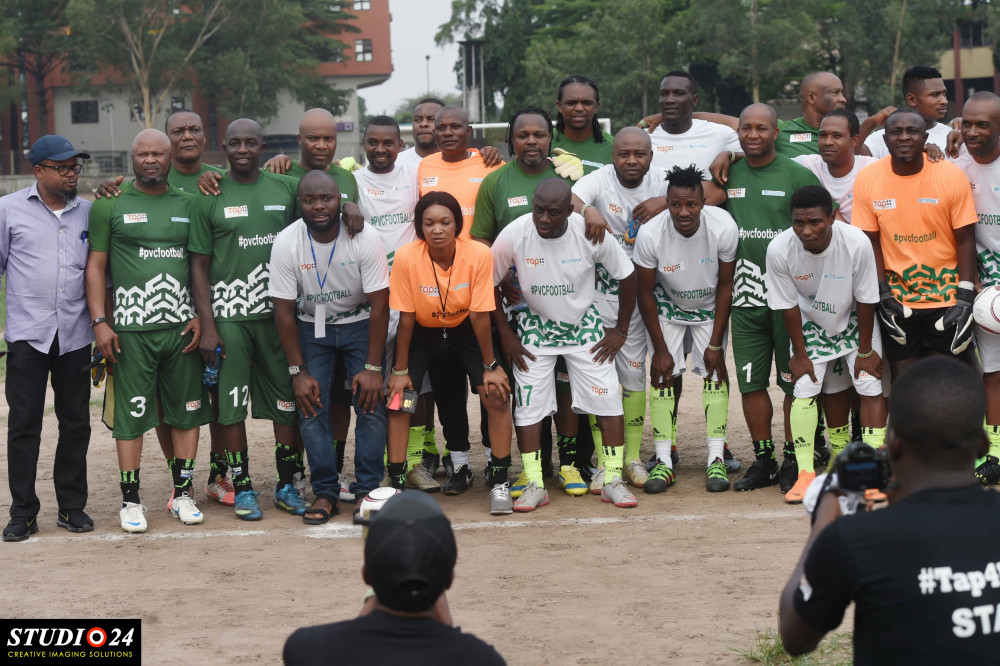 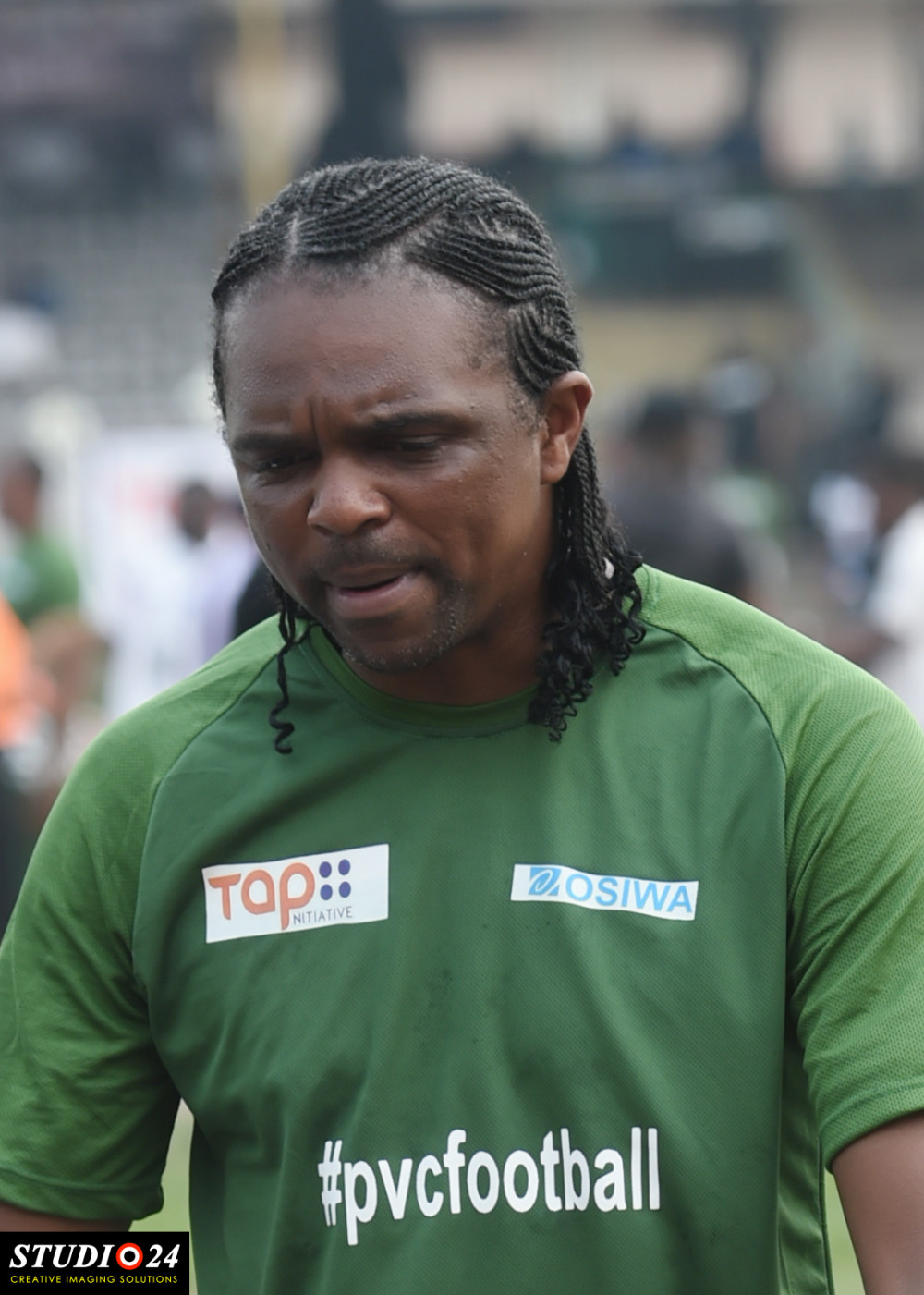 Booing and Stoning at APC Rally in Ogun State | WATCH