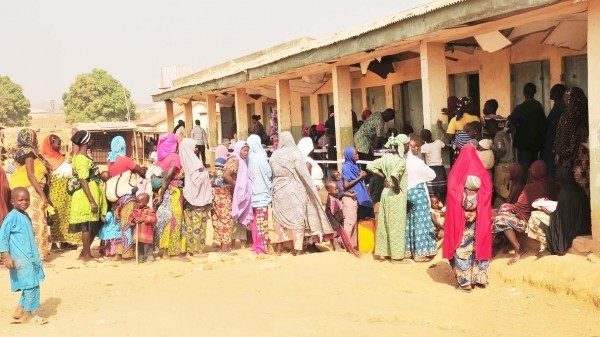 The Cable has shared a report on Internally Displaced Persons (IDPs) who protested hardship in their camp sharing stories on being forced to give up their Permanent Voters Card (PVC).

The protesters from Baga and Kukawa were said to have taken took to the streets, blocking vehicular traffic for hours, and lamenting hunger.

They removed posters of the state governor Kashim Shettima who is running for senator, chanting, “Bama so,” (We don’t want,” “Kumaida mu Baga,” (Take us back to Baga).

One of the protesters, Buka Mala, who spoke to TheCable, said politicians demanded for their PVC before letting them into camp. He said:

They told us to leave the camp if we don’t have PVCs. We are tired of this wicked treatment vented on us.

Read the full report on The Cable.