Ruth Zubairu: 5 Reasons Why Getting a Job is Almost Impossible 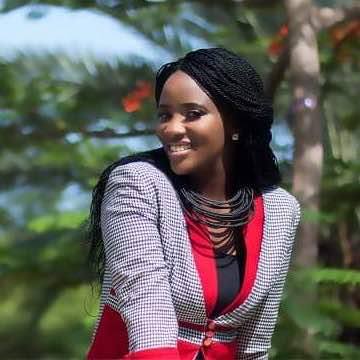 Go to school.
Graduate with a good grade.
You will get a good job.
And live happily ever after.

The above has been consistently sold to every child growing up, but it’s been proven to be untrue.

Lack of Infrastructure
Maro completed his NYSC in Ekiti State and had to return home to Minna. He was hopeful that his second class upper degree in engineering would get him a good job.

The cyber café became his new home, applying for jobs almost daily despite the terrible internet service. He could use his phone, but attaching his CV or cover letter from his phone was always difficult, and his data always ran out even with night plans.

His friend told him that he was invited for an interview. He remembered that he applied for the same position and rushed to check his email. No data on his phone. He rushed to the cyber café to check his emails. There it was. An invitation had been sent to him.

His joy was shortlived as he realized he was far away in Minna and would need a full day of travel to reach Lagos. He heaved a sigh. He had missed that opportunity. Others would come. He consoled himself.

Many graduates miss chances because of circumstances beyond their control. In developed countries, internet access is almost free if you have a phone, and they certainly have no issues with power supply.

In Nigeria, the necessary infrastructure needed to facilitate job applications are either broken down or completely non-existent. The job applicant who doesn’t have ₦2000 to load every month for internet access will automatically be cut off from most opportunities. This is where the government comes in, as it is responsible for creating policies and access to funding that will encourage the industries to supply these services at little or no cost to the everyday Nigerian.

This is not to mention the deplorable road conditions that can turn a journey of 45-minute within a state to three hours, or an inter-state journey of eight hours to two days.

Employers will interpret your absence or tardiness on arrival as an indication of your unsuitability for the role, and hence an elimination tool.

Low Productivity Employments
These refer to those jobs that are mainly routine in nature with very little specialization. For example, some cashier roles in the banks.

Tunde got employed as a graduate trainee by one of the new generation banks. He put in late hours and was dedicated to his job. He was rewarded with some sort of promotion in title without commensurate compensation every three years. But he hoped that when he became a supervisor or assistant manager, things would get better

After eight years, he was passed over for a supervisor position. A new person was brought in to head their department. Still disappointed, the news broke. His bank was being bought over. He suddenly was unemployed.

He tried applying for jobs using his years of experience but the requirements always included some technical skills he didn’t have. He couldn’t easily change industries as his job role was routine and specific to the bank sector. He was past the age for any entry level job. The jobs available wanted younger applicants and it came with less pay than what he earned at his last job.

This is very common.

People find themselves stranded after they’ve given the better part of their years to an organization, and one policy changes things for the worse for them. They are brought back to the unemployed pool, but with grim prospects.

Unrealistic Expectations of Employers
Some job adverts ask for individuals with four years of experience and an age limit of 26 years. Haha.

Okay, that’s a stretch, but you get what I mean.

Also, many students typically gain admission after two or three years. So even if you left secondary school at sixteen, you spend three years trying to gain admission, you eventually begin at nineteen. A course that should be four years takes five or six because of strike. You end up graduating at 24.

With the one year of NYSC, you’d be 25 when it’s time to apply for a job, giving you a window of one year before you become ineligible for some jobs. This is automatic disqualification for a lot of graduates. Unfair, but hey …

The type of “paper” you carry matters.

If you’re seeking a job, the first thing you should consider is: what kind of certificate do I carry? This is the sad reality of things, and you need to take the necessary steps to increase your job hunting advantage.

Instead of being eager to escape JAMB and get into a higher institution, students should be more deliberate about what and where they study, otherwise they might just put themselves in the disadvantage after graduation.

We look forward to a time when all graduates/certificates will be regarded in the same light, and OND/HND graduates will have an equal standing with BSc graduates. But we are not there yet in Nigeria.

So the doors remain shut (albeit unfairly) against these graduates.

Trends, Times and the Evolution of Work
The world is fast becoming a global village as a result of technology and digitalization. This has a commensurate impact of the reality of job availability.

Jobs that are mainly routine in nature and require little or no specialization will no longer exist, as automation/artificial intelligence will take over most of these jobs. This will save employers money, as their overhead cost will be reduced and job efficiency will be increased.

Don’t think this is a new phenomenon and that it will get better soon. It might not.

In 2012 the news broke that Dangote was hiring graduates as trailer drivers. There was a mad rush of 13,000 applicants. Out of these, six were PhD holders, 704 had a Masters Degree, and over 8460 were Bachelors degree holders.

How on earth did that happen?

Trailer driving was supposed to be unattractive and reserved for the unschooled. But why would a highly educated person apply for that?

First, this was a response to survival. Imagine a PhD graduate with a family of three, unable to provide a comfortable accommodation for them, constantly watching them deprived of food, without access to proper healthcare, all because he cannot afford it. And he sees an opportunity to earn a living honorably, why won’t he grab it like a drowning man clutches a lifeline. PhD ko!

Also, the offer was too good to resist.

Statistics show that 60% of graduates earn below ₦50,000 as salary. This is often without allowances for travel or health insurance.

Dangote’s offer promised that the drivers would get allowances on each trip, along with their salaries. There was also the guarantee that they would own the trucks at no interests/repayments after a set distance was covered.

The applicants had hopes of eventually becoming self-employed with time. The conditions have not changed much in 2019. And so, unless you have adequately prepared yourself against each of these reasons, your chances of getting a job are next to none.

But There’s a Way Out
With the advent of continuous learning brought to you by an assortment of options online, you can unlearn, learn and relearn anything you set your mind to.

Your certificate must not be the determinant of your economic status.

Your school must not place a limit on what you can achieve and who you can become.

What other reason do you think is responsible for the unemployment status of many Nigerian graduates? Please share in the comments.

Have You Been Following our BellaNaija Books of the Month? Let’s Catch You Up!

Ruth Zubairu is a Communications Consultant and helps individual brands and businesses amplify their message, impact lives and monetize their knowledge/experience. With a Human Anatomy background, she has been able to change careers leveraging on her passion for writing. Download for free How to excel at interviews without being rejected every time.  For more information about Ruth, click HERE