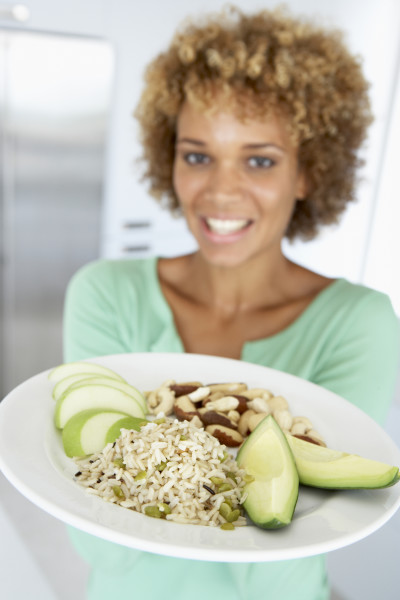 “I started throwing up when I was about thirteen years old. I thought I was too fat and I wanted to be thin and beautiful.”

Although the tides are shifting, several Nigerians remain misinformed or uninformed about mental health in Nigeria. Eating disorders are still largely out of the picture, with most Nigerians having never heard of it.

Eating disorders can be described as illnesses that typically include irregular eating habits and chronic distress or mental distortion about body weight or shape. Common eating disorders are Anorexia Nervosa, Bulimia Nervosa, and Binge Eating Disorder (which is more common than HIV, schizophrenia and breast cancer according to a 2007 study by Biological Psychiatry).

Anorexia and bulimia nervosa involve purging, which is commonly done through self-induced vomiting. Other ways of purging include misuse of laxatives, enemas, caffeine or diuretics.

Karina Karunwi lives in Lagos and struggled with bulimia through her teen years. “I had heard about eating disorders before I started throwing up but I didn’t pay much attention. I started throwing up when I was about thirteen years old. I thought I was too fat and I wanted to be thin and beautiful. When I was about fifteen, my period seized for eight months and my mother and I went to the doctor. The doctor laughed at me and said my period seized because I was ‘fat’ and ‘overweight’.”

Bulimia nervosa is a popular eating disorder that involves uncontrollably consuming large amounts of food in relatively short periods of time, then purging. People with this condition have an excessive and irrational fear of gaining weight despite being within their required weight.

“After this ‘diagnosis’ by the doctor, I became even more frantic about my weight and this pushed me into a worse case of bulimia. I never thought to seek for help so there were no medications or therapy. I always thought that if I did, I would get in some sort of trouble.”

People who live with mental illnesses struggle with judgement and stigma, even for common mental health disorders like depression and anxiety. But for eating disorders, many Nigerians believe it’s just plain old attention-seeking. For this reason – lack of awareness and lots of judgement – many have no safe outlet to speak about their struggles.

For Karunwi, struggling in silence and shame involved replacing the urge to vomit with going to the gym or thinking positive thoughts. Luckily, she, unlike many not-so-fortunate Nigerians, had a family that embraced her after she disclosed years of her silent struggle.

But another woman who prefers to be anonymous was not that fortunate. “When I told my friends and family, they were baffled and worried. Some even went ahead to say I was being dramatic, but, eventually, they gave me the help I needed. I saw a family health doctor and I got on medications like dietary supplements for a while.”

One of the reasons mental health is still a taboo topic and people with mental illness rather stay silent is under-representation. People don’t have enough models to aspire to in order to speak up and seek help. Courage is contagious, and most times, we’re all simply waiting for who’ll speak first.

That’s why telling stories and humanizing mental health is so important to us at She Writes Woman. In the past three years, we have put victims and survivors at the forefront of the mental health narrative so that we humanize mental health and make sure more people are inspired to speak up and not feel alone.

“I had read about eating disorders before and I suspected that I had anorexia when I started deliberately starving myself. I still didn’t feel good enough. Puberty started early for me and I was bullied because of my weight. I watched a lot of E! and I wanted to look like the models. I didn’t tell anyone because I was scared of the response I would get.” (Anonymous)

So many medical complications from eating disorders could arise. They include gastrointestinal, neurological, endocrine and cardiovascular systems. Eating disorders, particularly anorexia, affect fertility by reducing chances of conceiving. Most women with anorexia do not have menstrual cycles because of reduced calorie intake, excessive exercise, and/or psychological stress.

“I’m still body dysmorphic (a condition where someone spends excessive time worrying about their appearance, often over things unnoticeable to others) and very self-conscious” our anonymous contributor told She Writes Woman.  I missed my period for six months and I may have permanently damaged my fertility. My immune system is a lot weaker. The mental and physical scars are still present. I’ve heard a lot of things. Some people would say, ‘It’s your own fault.’ ‘You should diet more.’

Neither she nor Karunwi is an outlier even in Nigeria despite a lack of nationwide mental health data. Although the exact figure is unknown, 70 million people worldwide are estimated to be suffering from an eating disorder. Anorexia nervosa has the highest mortality rate of any mental illness (including depression), according to several studies. In severe cases, up to 20% of eating disorders are said to result in death. But there is hope. Treatments of eating disorders are normally most successful when intervention is early; 60% of eating disorders sufferers make full treatment.

People with eating disorders wish they had an outlet earlier in their lives. Like many of us, they too are victims of socio-cultural, biological and psychological pressures embedded in our culture. “I wish someone would have told me that it’s okay to be sad, its okay to cry and be vulnerable, but never compare yourself with anyone.”

Finding someone trustworthy to speak to is hard but worth it, according to Karunwi. “I know it’s difficult but you have to speak to someone you look up to. It doesn’t have to be your parent, teacher or a religious person.

Eating disorders are reported to be more common in the general population, especially more in women than men in western countries.

The theme for the National Eating Disorder Week this year is Come as You Are, and it sends a message to individuals at all stages of body acceptance and eating disorder-recovery that their stories are valid.

Vera Chidimma: This Thing Called Sanitary Pant is Not For Me!

She Writes Woman is a women-led movement that gives mental health a voice, takes back the misinformed narrative about mental health, normalizes mental health conversations, connects help with hope and creates Safe Places young people can talk without fear or judgment. Follow her @shewriteswoman and see www.linktr.ee/shewriteswoman for more features