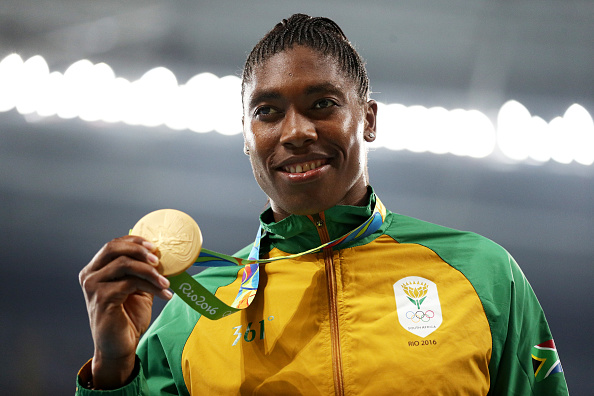 The Court of Arbitration for Sport has announced its verdict on the Caster Semenya cases, saying she’ll have to take medication to reduce her testosterone if she wants to run internationally at events between 400m and 1.6km.

According to The Guardian, the South African 800m star lost the landmark legal case against athletics’ governing body, IAAF.

The judgement also declared that all DSD athletes, who are usually born with testes, will have to reduce their testosterone to below five nmol/L for at least six months if they want to compete

The Court agreed that IAAF’s policy was “discriminatory” to athletes with differences in sexual development (DSDs) like her.

IAAF said the policy will come in place May 8th.

Caster has said she’s considering an appeal. She said: “I know that the IAAF’s regulations have always targeted me specifically. For a decade the IAAF has tried to slow me down, but this has actually made me stronger. The decision of the Cas will not hold me back. I will once again rise above and continue to inspire young women and athletes in South Africa and around the world.”

The court said Caster’s team was unable to prove that the IAAF policy was “invalid”.

A statement explaining the verdict said:

The panel found that the DSD Regulations are discriminatory but that, on the basis of the evidence submitted by the parties, such discrimination is a necessary, reasonable and proportionate means of achieving the IAAF’s aim of preserving the integrity of female athletics in the Restricted Events.

The side effects of hormonal treatment, experienced by individual athletes could, with further evidence, demonstrate the practical impossibility of compliance which could, in turn, lead to a different conclusion as to the proportionality of the DSD regulations.

Caster’s spokesperson said of the ruling:

Ms Semenya believes that the dissenting Cas arbitrator will be shown to be correct and the DSD Regulations will be overturned.

In the interim, Ms Semenya believes that it is irresponsible for the IAAF to proceed with the implementation of the DSD Regulations in circumstances where the Cas decision makes it abundantly clear that there are serious problems with the regulations that need to be carefully considered and the DSD Regulations will unquestionably cause harm to the women affected by them.

Related Topics:Caster Semenya
Up Next