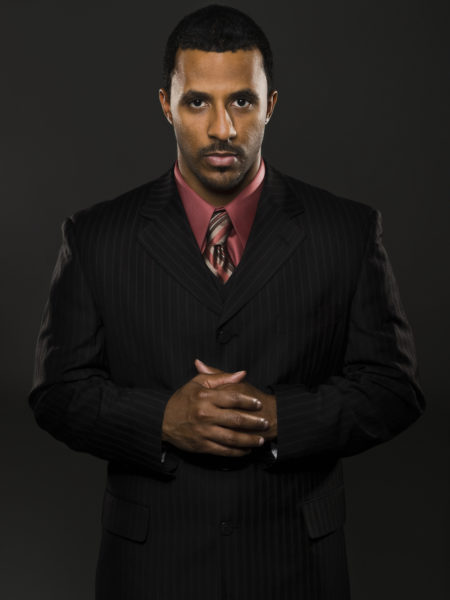 In 1796, a local milkmaid contracted a bovine disease called cowpox, and she went to a physician for treatment. After giving her the required treatment, the doctor took some material from the cowpox lesion and inoculated a volunteered eight-year-old boy. The doctor kept close tabs on the boy, and he noticed that the boy had a mild fever and some local lesion, which he recovered from after a few days.

About two months after inoculating the boy, the doctor also took material from a smallpox patient who he was treating and inoculated the same boy; in what happened to be ground-breaking event, the boy did not develop smallpox, as he was immunised against the disease by the previously inoculated cowpox material. The name of this physician was Edward Jenner, and the eight-year old boy was James Phipps. This discovery signalled a new era in prevention of disease; a cost-effective way of halting the spread of deadly infections called vaccination was birthed.

Unveiling measles and vaccination dynamics
Measles is a highly contagious viral disease that is transmitted via droplets from the nose, mouth or throat of infected persons. The disease is characterized by fever, runny nose, red eyes, cough, and skin lesions. The condition seems to be more severe in children. The disease can also be complicated by an ear infection, chest infection, and brain infection called encephalitis.

Thankfully, there is a potent vaccine that can protect children from experiencing this devastating symptoms and complications; with one or two doses they can be protected. By ensuring over 95% of the population is immunized against the disease through vaccination (herd immunity), many developed countries were able to eliminate the disease.

However, in the face of the changing dynamics in vaccination, such as vaccine hesitancy (refusal of vaccine); ease of international travel which makes populations mix quite easily; protracted violence in other countries which makes vaccination impossible, there has been a slow but progressive decline in herd immunity, an increased number of susceptibles (unimmunized people), and this has set the stage for a ravaging epidemic which is currently shaking many countries. But how did we get here?

Presenting the arguments and controversies
A British doctor, Andrew Wakefield, and his colleagues in 1998 published research in Lancet Journal, linking ‘measles-mumps-rubella (MMR) vaccine’ with autism in children. Furthermore, Wakefield, in a press conference and his book Callous Disregard, advocated the stoppage of MMR vaccination. However, following adequate scrutiny, the study’s design was found to be faulty, results falsified, conflict of interest identified, and the entire research claims fraudulent.

Based on this premise, the article was later retracted by Lancet, and the doctor struck off from the British’s General Medical Council (GMC). Despite the rejection of Wakefield’s hypothesis by World Health Organization and other renowned medical researchers, many parents in the United States, United Kingdom, and other developed world remain skeptical about vaccine safety. This started a campaign against immunisation. Anti-vaxxers latched on Wakefield’s slip to dispel ‘vaccines are bad’ narrative, which began to gain a foothold in these countries.

More recently, the Dengvaxia scare also created another backlash against vaccine uptake in the Philippines and some other countries. Sanofi Pharmaceutical Company produced Dengvaxia, a vaccine to prevent dengue fever in children, and the government of the Philippines procured and administered this vaccine to about 491,000 school children. In a dramatic turn of events, some children died after taking the first shot of the vaccine. Although, much later, the company released a statement that the vaccine was not suitable for those who had never been infected with the virus, it was too a late call as the harm had already been done.

The resultant effect of Wakefield’s slip, Dengvaxia scare, fear of complications, and false belief that there is protection against an eliminated disease were critical arguments against vaccination put forward by anti-vaxxers. With these, opinions were formed, vaccine safety came under populist scrutiny, and public health became threatened, as many more people buy into the idea of not vaccinating their wards.

Vaccines benefits outweigh risks
The ongoing measles outbreak is a pointer to what could happen if the hostility against vaccination is not addressed. It is worth mentioning that immunization was responsible for the eradication of smallpox in 1980, and with immunity gained through vaccination, poliomyelitis is also on the verge of being eradicated. It will be foolhardy to try to debunk the glaring benefits of vaccination simply because of fraudulent research or seemingly insignificant side effects. There is no drug or vaccine without side effects, but the question we need to ask is that: “Does the benefit of taking a drug outweighs the risk?”

A comparative analysis of these risks and benefits should inform its usage. The good news is that all vaccines, including measles vaccine, licensed for use by WHO have a proven safety record and have undergone at least three stages of clinical trial before being pushed to the market, and there is also a surveillance system for tracking ‘adverse effect following immunization (AEFI)’ among end users. The Dengvaxia scare was a consequence of bad politics in vaccine procurement that should not have happened if science, not politics, was allowed to take the driver’s seat on health-related matters.

It is also noteworthy that, aside from protecting the immunised person from the infection; measles vaccines also have some other positive externalities. Herd immunity generated by immunising 95% of a population protects the remaining 5% of the population, which includes the elderly who cannot be vaccinated, immune-compromised persons, people on cancer treatments, and individuals who are allergic to the vaccines. Having stated all these, is there a way out of this low vaccination quagmire?

The current epidemic can be stemmed by increased surveillance, administering measles vaccine to susceptible populations, and prompt and effective case management. A mechanism for conflict resolution in war-torn countries should be initiated by the United Nations, so that difficult terrains and populations that have been alienated from vaccination as a result of conflict can also be reached.

Governmental and non-governmental organisations may also need to change priorities to suit present realities. It is not enough to intensify upstream activities such as vaccine research, sponsor and production without corresponding downstream involvements, community sensitisation, mobilisation, education, and engagements. It appears more emphasis is placed on the science of protecting populations than the concerns of populations being served. Correcting vaccine hesitancy is more sacrosanct now. In Nigeria, for example, some sects still believe vaccines are poisons, and it is a calculated strategy to decimate and exterminate the sect.

Behavioural change communication should be intensified by the Federal Ministry of Health in respective countries at all levels, to correct the perspective and change behaviour toward vaccination. Overall, infectious diseases are no longer limited by geography. With the flexibility in trade and travel, importation of the diseases to other countries is a startling reality. Therefore, a concerted effort is required by the health institution of all countries, and the World Health Organisation will need to provide leadership in coordinating the activities of these institutions.

Ask Shade About Trusts: My Husband Hides His Assets From Me

Charles Olomofe is a commonwealth scholar and thought leader at the University of Liverpool Masters of Public Health program and also a consultant epidemiologist at the Federal Teaching Hospital Ido-Ekiti, Ekiti State, Nigeria. He has a medical degree (MBChB) and he is a Fellow West African College of Physician (FWACP) Personal blog: www.charlesolomofe.blogspot.com