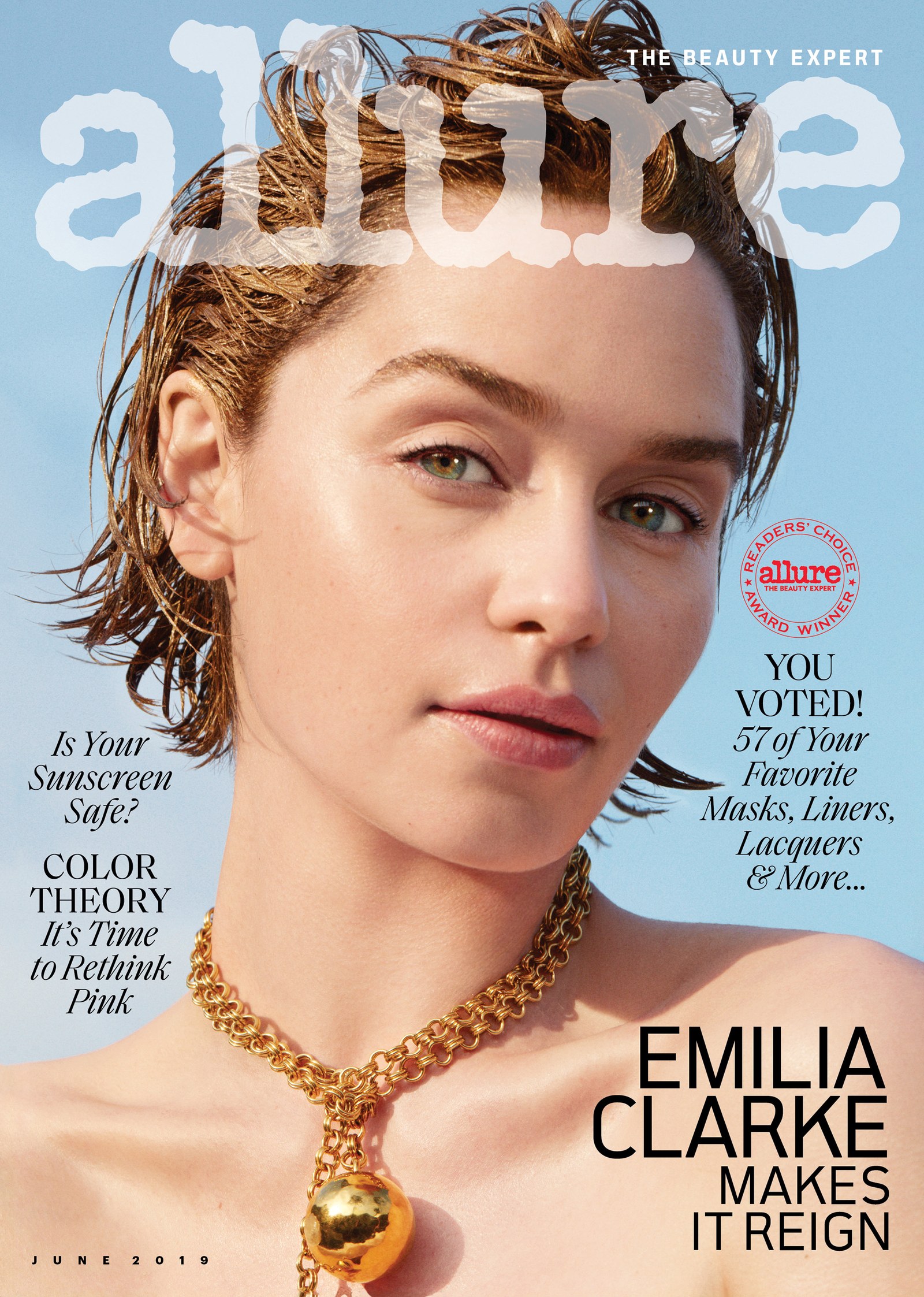 As Game of Thrones comes to an epic conclusion this month, Allure Magazine profiles Emilia Clarke, one of the show’s’ lead cast who plays the formidable Daenerys Targaryen, for its June 2019 issue.

In the photos following the cover shoot, the star switches the platinum blonde hair which she wears on GOT for a cropped brown wet look with gold streaks on the hair. In the other photos, she has on gold eyeshadow, gold jewelry, and sultry natural-looking makeup. 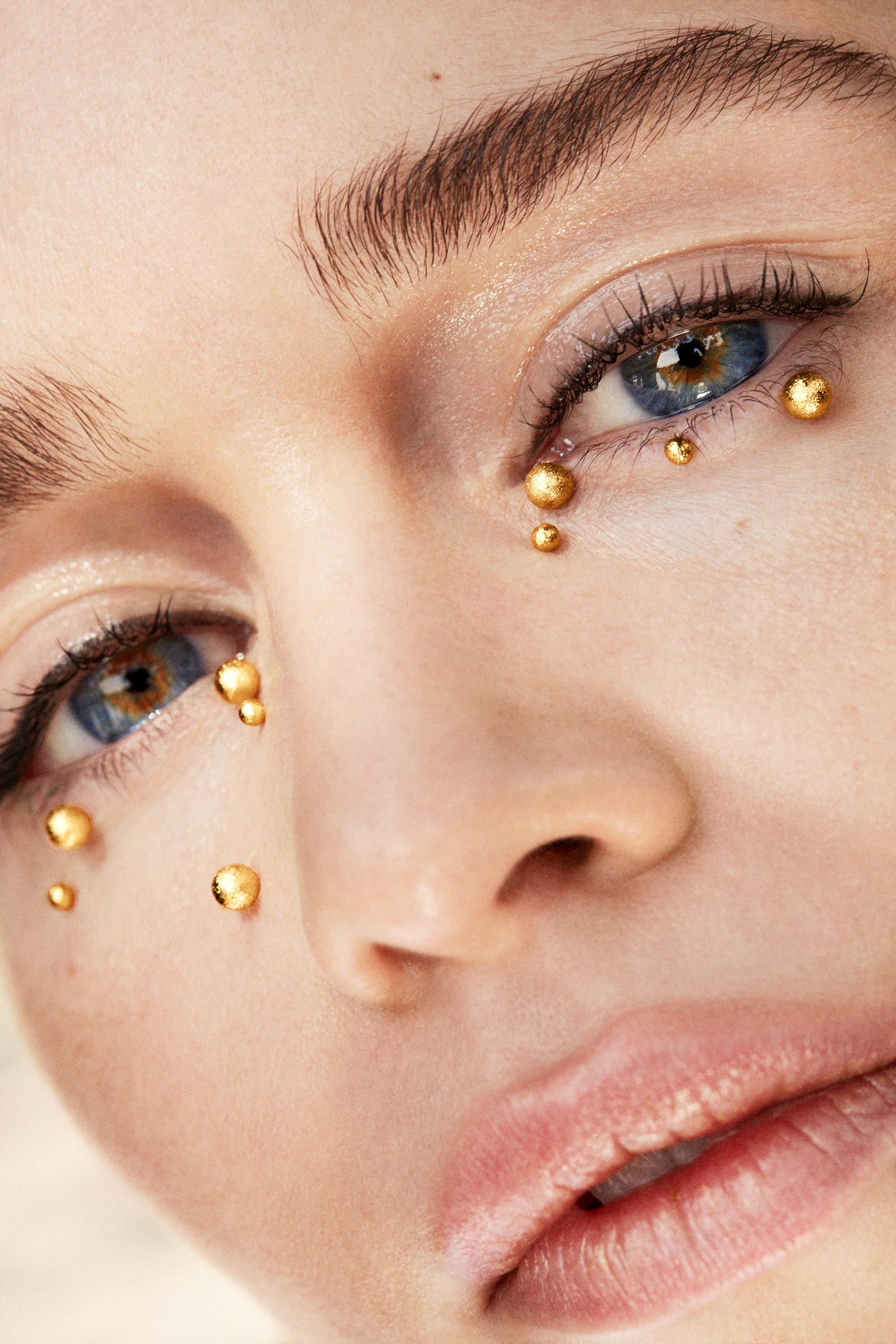 For the feature, Emilia talks about how she deals with fame, why she thinks Game Of Thrones has become such a staple of pop culture and meeting Beyoncé at an Oscars bash.

On why everybody is obsessed with GOT
The show is sensationalist in a way, It’s the reason why people pick up gossip magazines. They want to know what happens next…. You’ve got a society that is far removed enough from ours but also circulates around power. How that corrupts people and how we want it, and how we don’t want it. 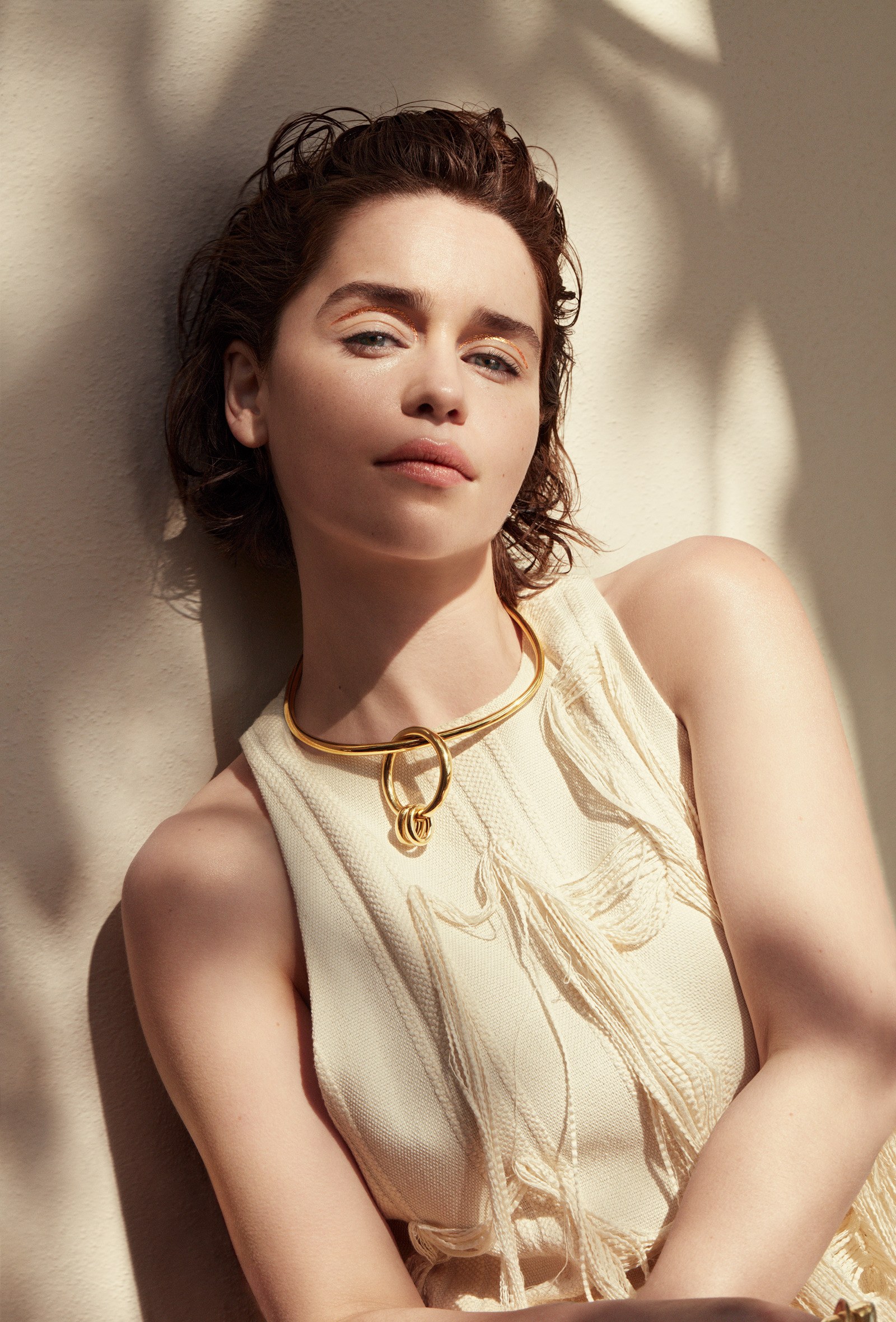 On being a public figure
I move like a shark when I’m in public. Head down. I think I’ve got quite bad posture because of it because I’m determined to lead a normal life. So I just move too quickly for anyone to register if it’s me or not. And I don’t walk around with six security men and big sunglasses and a bizarre coat. I really try to meld in.

On meeting Beyoncé
I watched her face go, ”Oh, no, I shouldn’t be talking to this crazy [woman], who is essentially crying in front of me.” I think my inner monologue was, ”Stop f*****g it up,” and I kept f*cking it up. I was like, ”I just saw you in concert.” And she was like, ”I know.