Since its incorporation in 2008, Propertymart Real Estate Investment has been on a journey to, not just provide real estate solutions, but also helping people achieve their dreams on property ownership.

Through innovations and ingenuity, Propertymart has at different times applied various approaches to alter the established norms in the real estate market in Nigeria by introducing products and schemes that are not only pocket-friendly but also environmentally friendly and flexible in the acquisition. The company has at different times in it’s over a ten-year journey, providing real estate solutions in Lagos and Ogun States as well as the Federal Capital Territory, Abuja.

Just like every other business endeavour, the journey of Propertymart in achieving its affordable housing objectives has not been without attendant challenges. However, the company has always thrived on a philosophy of not staying down in bad times but reinventing itself to weather every storm and not get distracted from achieving its objectives.

Prior to the period of recession in the nation’s economy, the company had ensured speedy construction of projects and delivery of the same to its teeming customers. The quality of works done and the inspiring structures had at such times endeared the company to its customers, who not only subscribed for more but also referred others to tag along on the journey of home ownership. However, with the glut in the economy, the company had its own share of the near hostile business environment and huge cost overruns. The real estate and construction sector was badly hit by the effects of the recession as construction materials doubled (and sometimes tripled) the original projected costs. The Management of the company admits that if it had projected appropriately, the company would have been able to avoid the ravaging effect of the recession and therefore takes full responsibility for its poor anticipatory capacity. 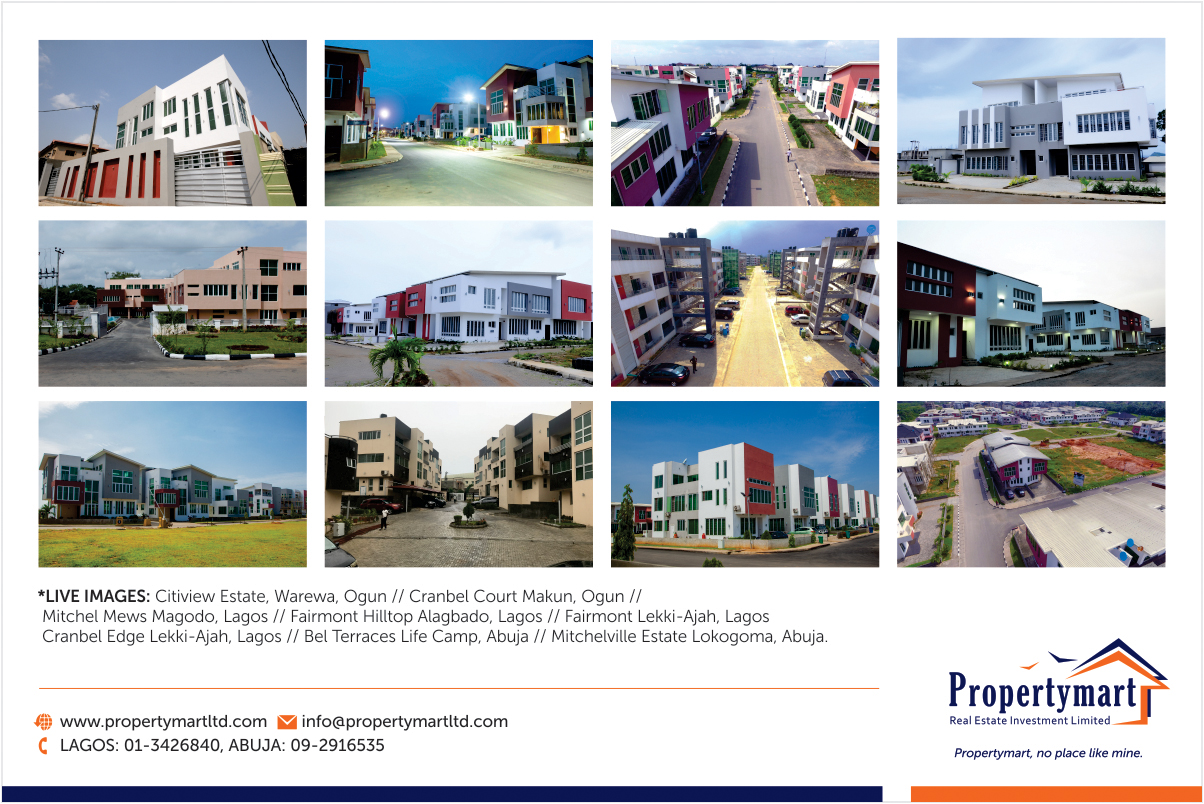 As a company with integrity, the management of the company refused to do what an average real estate company in such situation would do; like asking its customers to come and pay more for the houses they had subscribed to, or to offer to refund the monies received from customers. The company believed that of more importance to its business is the achievement of the dreams of its customers; irrespective of the challenges of the times. Rather than the company exploring the easy way out, it decided to ensure whatever it took to deliver properties subscribed to by its customers.

One major step taken by the company was to dispose of some of its stock in trade which was meant to be reserved for profit in the future. These included plots of land in prime locations in some of its estates and also some of its other properties. Efforts are yielding good results as it has resulted in delivering properties to customers. The company is constrained to work with only a few reliable and trusted contractors to ensure quality to its customers. The effect of this delay, expectedly, led to dissatisfaction of many of the customers who had subscribed to different products and were expecting delivery of same.

It is necessary to note that the company did not introduce new housing estates to the market during this period as speculated. Although it packaged a few of its existing projects, it focused majorly on achieving delivery of most of its backlogs. This has been productive as 136 units of houses were delivered in the first quarter of 2019 and another 138 units are expected to be completed and delivered at different times in the second quarter. It is expected that all remaining housing units will be delivered before the end of the last quarter of 2019. It is noteworthy that over 85% of houses due for delivery have already been delivered across all projects while over 90% of serviced plots sold have also been allocated.

Notwithstanding the pressure on the company and the backlash as a result of these delays, the company was resolute in its decision to remain committed to delivering best in class real estate solutions to its stakeholders. The harsh economic climate was not strong enough reason to compromise on the structural integrity of its buildings and as such, no cost-cutting measure was introduced on its projects.

The customers who have experienced delays in one form or the other are invited to visit the sites and see the progress of their investments as the company is working tenaciously to complete the few outstanding units of houses in all of its estates.

Elevate Your Fitness Level This May & Get A Free Pack of EZ Slim for Every 5 Packs You Buy ?