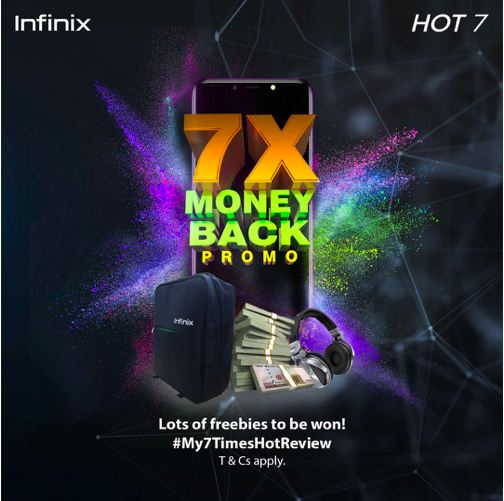 2019 thus far has been a year filled with product launches adding to an impressive plethora of smartphones, lots of interactive consumer engagement activities both online and offline with a reward system from Infinix Mobility all in a bid to empower their consumer target audience to live the smart lifestyle.

A typical example of a user generated content activity that has reaffirmed the place of Infinix Mobility in the hearts of smartphone users as a caring brand that adequately caters to their smartphone needs is the Infinix Hot 7 money back promo. 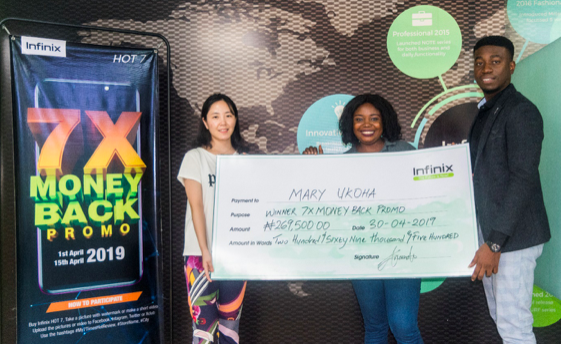 The activity which began on the 28th of March and ended on the 15th of April 2019 saw participants instructed to buy the Infinix Hot 7 from any Infinix authorized retail store, Unbox the device and do a small written or short video review on the smartphone, Upload their review on social media (Facebook, twitter and Instagram) with the hashtag #My7TimesHotReview and get their friends and followers to like, comment, react to the post. 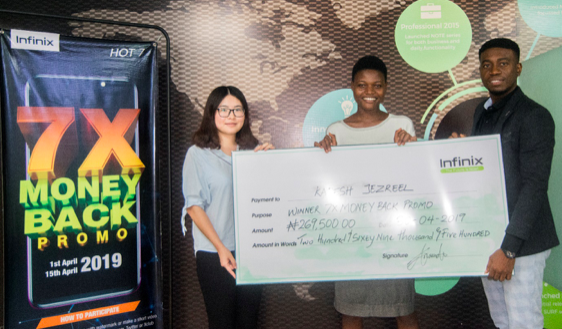 Tons of entries were received while the most impressive ones were collated and released as winners. The winners named Kadesh Jezreel Mmesoma, Mohammed Abdulraheem, Mary Ukoha, Olajide Sodiq, Adesola Hakeem, Chijoke Franca, Ticia Beredug walked away with up to 7times the money they spent to buy the Infinix Hot 7 while others went home with loads of freebies and branded gifts. 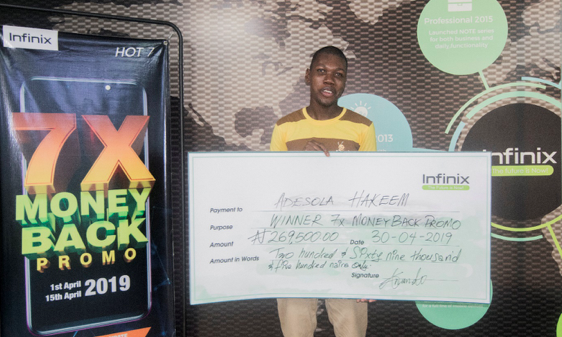 Africa’s leading smartphone makers, Infinix Mobility have once again found a feasible means to reward consumers for their continued patronage and instil a trait in them to ruthlessly strive for success through smartphones such as the Infinix Hot 7 with 4000mAh battery, 6.2HD+ notch screen and 3D Dirac stereo speakers that are structured for powerful entertainment and to empower the user to live the smart lifestyle.