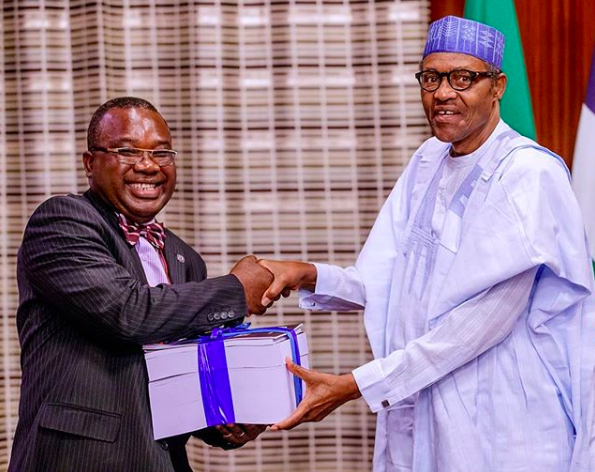 President Muhammadu Buhari has directed the Inspector-General of Police, Ministry of Justice, and National Human Rights Commission (NHRC) to work out modalities for the implementation of the report of the Presidential Panel on the Reform of the Special Anti-Robbery Squad (SARS).

The panel, chaired by Tony Ojukwu, the Executive Secretary of the NHRC investigated allegations of human rights violations by SARS.

The report, submitted by the panel recommended the establishment of state/local government police and various reforms to make SARS more citizen-friendly, dismissal of 37 police officers, and prosecution of 24, and that SARS should be renamed Anti-Robbery Section and should operate under the Intelligence Unit of the Nigeria Police as it was hitherto.

According to Punch, it also recommended that the Inspector-General of Police, Mohammed Adamu, should fish out 22 other officers accused of violating the rights of citizens.

The panel also recommended that the police pay compensation to 45 complainants, in addition to tendering public apologies and complying with court orders in 10 separate cases.

In carrying out their statutory responsibilities, the Police must at all times act within the ambit of the law and must not violate the fundamental human rights of Nigerians whom they have sworn to protect.

Where the rights of Nigerians are violated by Police Officers while discharging their functions, we as the Government have a responsibility to address these instances of violation, and ensure that such Police Officers are held accountable for their actions.

I also recognize that we have a responsibility to improve the welfare of our Police Officers, as they daily put their lives on the line in order that the rest of us may freely go about our business in safety. Police Welfare remains one of the priorities of our administration.

I assure that we will balance these important responsibilities: improving the welfare and capacity of the Police while also ensuring that we keep them in check, protect the human rights of Nigerians, and ensure that offending officers are held fully accountable.

We will also strengthen the operations of the National Human Rights Commission to enhance its effectiveness and capability to resolve cases of human rights violations.

I thank the members of the SARS Reform Panel for their work, and have directed the Inspector General of Police and the Solicitor General of the Fed/Perm Sec, Justice to meet with the NHRC to work out the modalities for the implementation of the Report within 3 months from today.