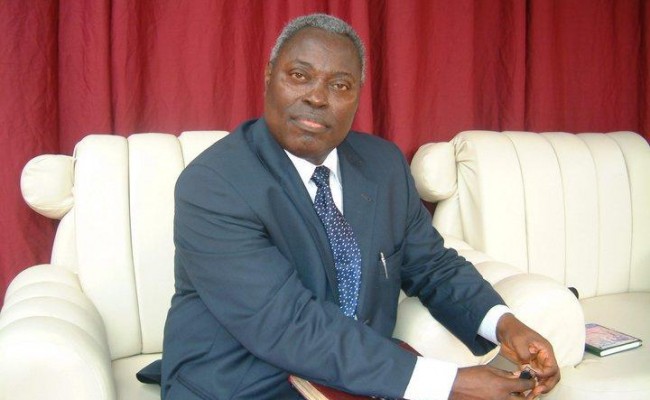 A sermon by the General Superintendent of the Deeper Christian Life Ministry, Pastor William Kumuyi, on Sunday is generating mixed reactions on social media.

Kumuyi, in the sermon titled “The Believers’ Preservation Until the Day of Visitation” which was delivered at the church’s headquarters, said that Christians must be Christ-like in character, conduct and conversations.

According to Punch, Kumuyi read from 1st Peter 2: 11-25, urging Christians to reflect Christ in the civil society, adding the government derives their authority from God.

Watch the sermon below:

Femi Fani-Kayode, Shehu Sani, and Reno Omokri have criticised the cleric for his message.

Sani tweeted: Pastor Kumuyi is a respectable and responsible man of God, I like him;But he should allow people to express their views about their leaders and speak truth to power;that is their only shield of defending democracy and propelling the wheel of freedom and justice.

Fani-Kayode said: “‘Don’t attack Buhari’- Kumuyi. God deliver us from shepherds that slaughter the sheep,that defend the cruel,that support injustice,that love the wicked,that serve the tyrant,that despise the weak,that enslave the poor and that worship genocidal maniacs and sociopathic butchers.”

Omokri wrote on Twitter: “Dear Pastor Kumuyi, I PRAISE Buhari if he does right. I DEFEND him if he is WRONGLY ATTACKED. I CONSTRUCTIVELY CORRECT him when he is wrong. Jesus CRITICIZED King Herod (Luke 13:32). Paul CORRECTED Peter (Galatians 2:11). They are my example.”

Nigerians on social media are divided on the Pastor’s sermon. See reactions below:

“Don’t attack the president of the country whether in words or in the newspapers or through internet.

“Honour kings; don’t disrespect or dishonor the governors. Don’t disrespect leaders of the community and leaders in the church. pic.twitter.com/zuWfsPV0W5

Don't attack Buhari is different from don't criticise Buhari……
What do I know?
PrayForNigeria.

Some folks here dont read the full report of something.. but just run here and start talking yen yen yen…
Pastor kumuyi talked about People in authority not specifically Buhari..
p.s we’ve said all sort of things concerning Buhari since 2015
What has changed?? pic.twitter.com/2IDIYZW1uD

We get problem for this country o.. Pastor Kumuyi said "Don't attack Buhari" He didn't say "Don't criticize Buhari" but no children of perdition must be woke! Sigh…
When did criticism become =to personal attack?

I’m sure of one thing…

PASTOR KUMUYI IS NOT A CARELESS TALKER

He’s full of wisdom and he’s an anointed man of God.
He remains my favorite pastor.

For those saying trash, listen to the message/sermon first #Peace

Pastor Kumuyi should mind his business and not look for our trouble.

When did he even start watching news on TV self, thought it was a sin.

Pastor Kumuyi has given Nigerians a good piece of advice, but @MBuhari’s attitude won't allow them stop attacking him.