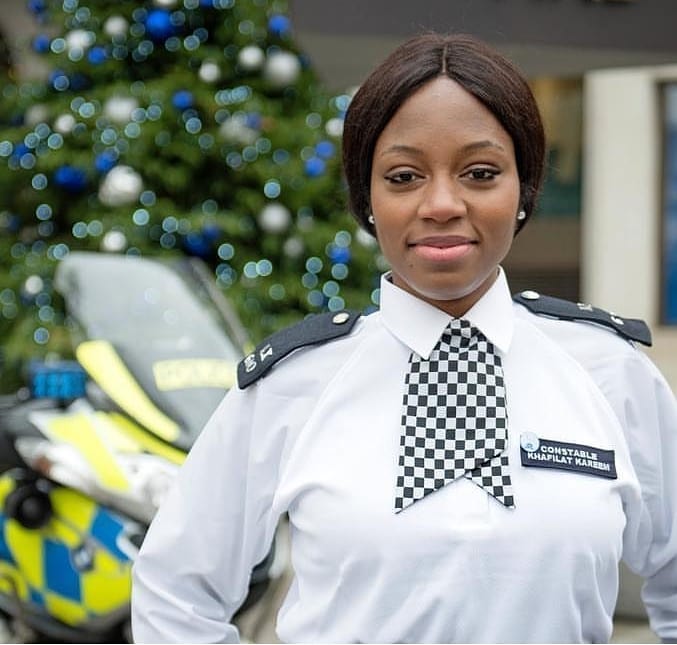 It’s no news that one of the Big Brother Naija 2019 housemates, Khafi, is a serving Metropolitan Police officer in the UK. What’s news is The Sun UK‘s cover story for today.

On Monday, the paper shared a tweet: “Tomorrow’s front page: A police poster girl is facing the sack after having steamy bedroom romps on TV” which is being talked about in Nigerian social media space.

According to The Sun, Met spokesperson in a statement said last night: “The Met is aware that the officer has since appeared on the show without authority. The Directorate of Professional Standards has been informed and will be carrying out an investigation into the circumstances.

“The Met does not support the officer’s appearance nor does she represent the Met whilst appearing on the show.

“All officers have a duty to behave with professionalism and in a manner that does not bring the Met into disrepute whether on or off duty.

“Those who do not behave professionally risk breaching police standards of professional behaviour, and may be dealt with by way of misconduct proceedings.”

Daily Mirror also had a story about Khafi being investigated.

But the cover story has got people talking. The Sun wrote: “Met Cop ‘Has Sex’ on Big Brother” and people have described it as defamatory and fake.

Khafi’s team has also released a statement saying they weren’t contacted to hear their side of the story. The statement added that “legal options are also being considered”.

The attention of Khafi’s management has been drawn to a publication by The Sun UK  of Tuesday, August 13, 2019, titled “LOIN OF DUTY Met Police ‘poster girl’ faces sack for ‘having sex’ on Nigerian Big Brother after being told not to take part”. This brazenly sensational and defamatory outburst by The Sun UK is written in poor taste without considering the ethics of journalism which seeks balance and objectivity.

At NO time did The Sun UK send a mail of inquiry to Khafi’s official email which is blasted across her social media platforms under active management to confirm or refute the claims in the publication.
Khafi’s side of the story is deliberately and conveniently omitted to sell a pre-conceived narrative while responses from “outraged colleagues” and “other papers” riddle the publication.
This comes from a repressive culture of shaming and characterizing women for their sexual decisions and life choices.

We find The Sun UK’s publication repulsive and damaging to the image and livelihood of our client.
Khafi is a proud black female police officer who prides herself in her work and has dedicated her youthful years protecting and serving with her many skills which include the ability to speak at least five international languages.

We demand an immediate retraction of the publication by The Sun UK and a public apology to our client Khafilat Kareem within the next 48 hours.

Legal options are also being considered at this time. 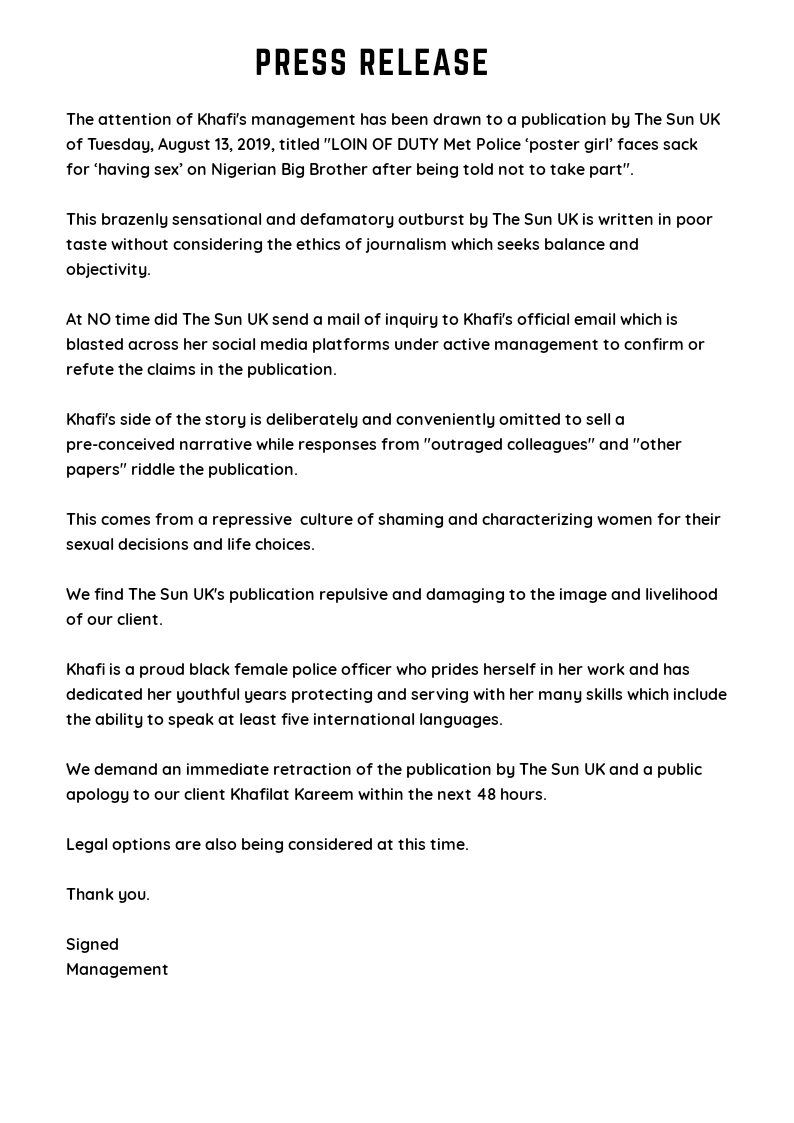