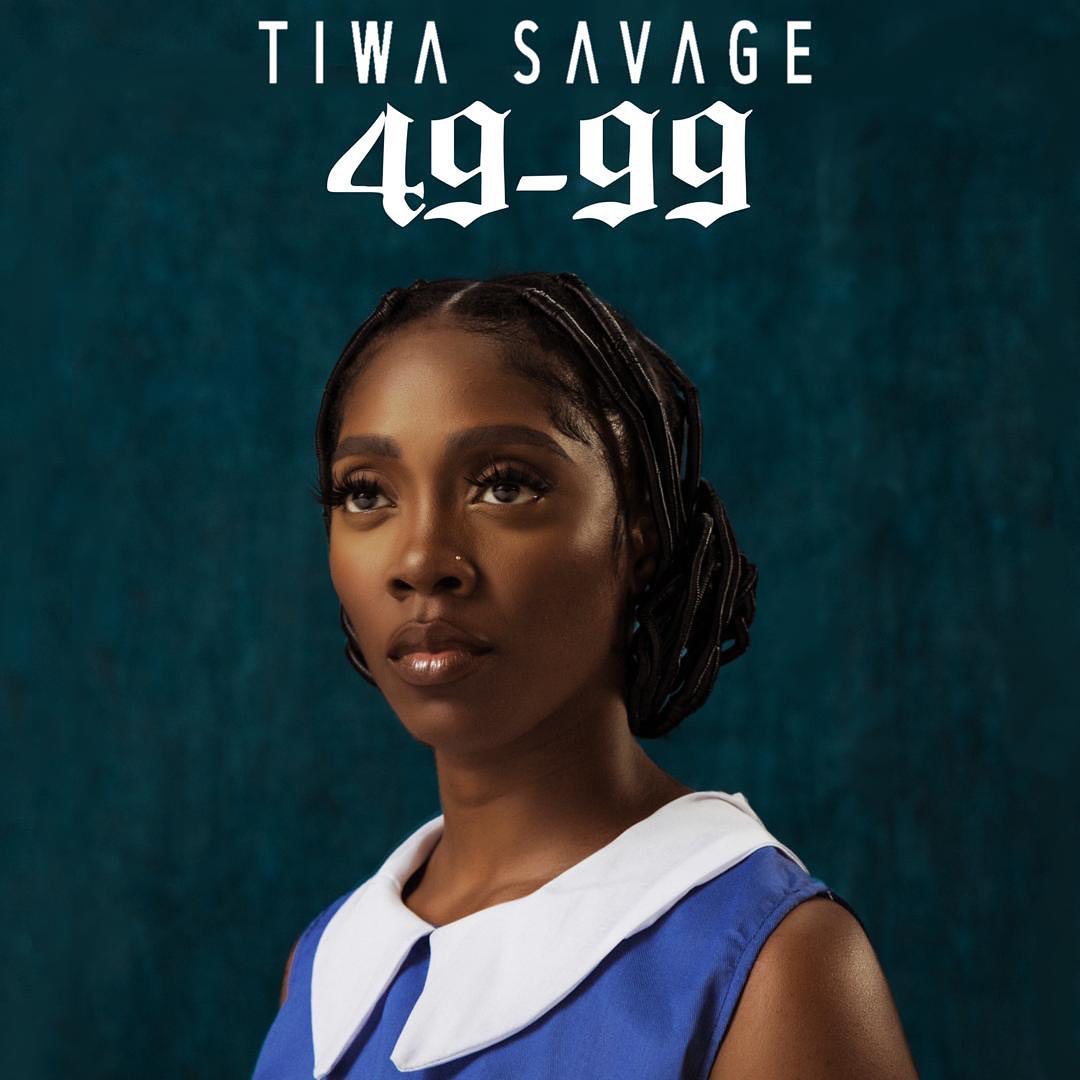 You may have noticed that Tiwa Savage went on a social media hiatus for a few months. It’s typical of serious artists. Now that we have entered the month of completion, September, the singer has made a blasting return to the spotlight with a potent piece of work. 49-99, it is called. A strictly numeric title, it carries a great amount of power and meaning.

Those truly familiar with Nigerian music and its history can easily deduce the foundation of the 49-99 phrase. The phrase stems from the pioneer of the Afrobeat genre, Fela Anikulapo-Kuti. In one of his most powerful songs, Shuffering and Shmiling, with his lyrical pidgin, surrounded by the alluring percussion and the echoes of his lady-vocalists, he goes on to express the gruesome happenings and dealings Nigerians experience daily.

As soon as September arrived, Tiwa Savage embarked on a media tour to promote her 49-99 single. One of her stops included TooXclusive. Tiwa conducted a visual interview with the popular pan-African music website, delving into the contents of her new single.

It was a phrase that was coined by the godfather of Afrobeat, Fela Kuti. 49 sitting 99 standing suffering and smiling. For those who are not Nigerians, we have this transit bus which we call a molue and it has 49 seats. So instead of you to have just 49 people sitting to commute to work and back, you have 49 people and you have double that standing, hanging. That’s a reflection of the economy and the imbalances where the rich are getting richer and the poor are getting poorer.

Let’s review the Fela lyric. In the fourth official verse, the legend sang,

This is an obvious report on the severity of poverty and civilian abuse in the country. It is common knowledge that the “shuffering and shmiling” dynamic is prevalent in the Nigerian society, and has reached internally damaging lengths.

Earlier in the classic, Fela advised listeners to take their minds “out of the musical contraption.” This can be challenging for the listener who is not immersed in the truth of systemic oppression, whether African or not.

Tiwa welcomed the same framework for 49-99, which is her first globally driven single to include a potent message. In her interview with TooXclusive, she elaborated on her goal with 49-99.

The song, even though when you first listen to it, it’s a great record. It’s one that you can zanku to, you can dance to, but I wanted my first global single to also have a message that we are suffering and smiling. Music is a powerful tool, and I wanted a title where there are conversations starting “What is 49-99?”

Being able to start a conversation was the beauty of Fela Kuti. There seems to be no limitation with Fela’s influence.

“My main preoccupation right now is what is making Africans reprogress. Music is a small part of it but at the same time, I consider music to be effective like a weapon.” – Fela Kuti 1988

It appears that Tiwa Savage is tapping into that sentiment and upgrading her own lyrical content. She is considered to be the biggest female afrobeats singer out of Africa. This is telling on the potential she has to add variety to the narrative of afrobeats music.

The video for 49-99 is extraordinary, as it showcases the daily lives of Nigerians. You find the masses, with city boys and seamstresses; the Naija elites – the men seated around a lavished table; and there’s the ode to ancestral awareness, in the style of Medusa.

Viewers across the world, in places like Brazil, Haiti, North Carolina and New York City, have tuned in to watch Mama Jam’s video and have been left in awe. The reaction has even resulted in uniting fans on the African continent, from Cameroon to Kenya and Ghana, Namibia, Tanzania, and even South Africa.

Afrobeats, a genre that is filled with songs about love, lifestyle, and experience, is getting a makeover. So far a well-received record, with billboards all over the world, from Lagos to New York City, there is a great chance that with 49-99, Tiwa Savage will spark a new direction in the genre of Afrobeats.

Rita Chidinma: I Became the Pregnant Woman in Class

Born and based in New York City, Ime Ekpo is freelance journalist who specializes in culture and music. Cultural Enthusiast | Naija Aficionado | Hip-Hop Historian | Five Percenter | Ibibio Pikin | 1st Gen Nigerian-American | She is a contributor at The Source Magazine