The Gift And The Curse

With Veto Power comes great responsibility. Seyi bears the gift and the curse this week and he uses it.

So heavy is the weight of being the Veto Power Holder that Seyi refused to use it the first time he had contact with it. Diane said it wasn’t an easy decision for Seyi to make. Who else to better understand this than Diane who at one point had to bear the guilt of Saving Sir Dee and Replacing him with Joe who ended up getting Evicted. Let’s not forget Elozonam, who was mad at her most of the week for not Saving him.

This time around, Seyi used his Veto Power to Save himself and Replace with Khafi. Even though he said it was random, he did go with his guts in selecting her.

Seyi not hesitating to use his Veto Power wasn’t exactly the plot twist seeing as he got punished the last time he refused to use it. What really had the internet buzzing was him Replacing himself with Khafi. Even Tacha found it surprising that he put Khafi up even though she was aware they had a few altercations.

A few of you also found it surprising.

I hate to take nominations to heart, after all these housemates didn’t go there to play. But Seyi,,,, Khafi? What a surprise.

I knew Seyi was full of surprises. Who would have thought he would put Khafi up ??

Seyi has delivered Khafi for eviction. I nearly passed out from the surprise #BBNaija

A few of the Housemates felt it was a case of Seyi getting back at Khafi for the Veto Power Game of Chance. One of the Housemate was Cindy. She believed Khafi adding more marbles to Seyi’s cup during the Game sent him on a mission of vendetta.

Seyi is so petty. Immediately Khafi added the 2pebbles to his plate during the Veto challenge, I knew Seyi will put her up and Khafi even said so herself. #BBNaija

Some Housemates Were Cool with It

“His choice surprised me. I thought he’d pick Mike, but since he went along with my own Nomination, I was cool with it,” Ike said when asked about Seyi’s use of his Veto Power. He went further to say he was happy to see the choice Seyi made and agrees with it. Ike did make it seem like it was just a case of eliminating the biggest threat, but one can’t forget that just about a week ago he felt slighted that he lost the Head of House to Khafi. Could this have had anything to do with him being cool with Seyi’s decision?

Ike wasn’t the only one who sided with him, turns out a few of you do too.

#BBNajia This house mates are just So comfortable and forgetting that this is a game, You know Seyi has veto power why nominate him ?‍♀️ Is like they are not thinking well ughhhhhhhh?‍♀️

Anybody that will come for Seyi tonight is sick, it’s his veto and he uses it the way he likes period#BBNaija

Elozonam couldn’t make any sense of Seyi’s choice. “It was probably a random choice,” he said but he was really expecting him to put up other stronger Housemates. 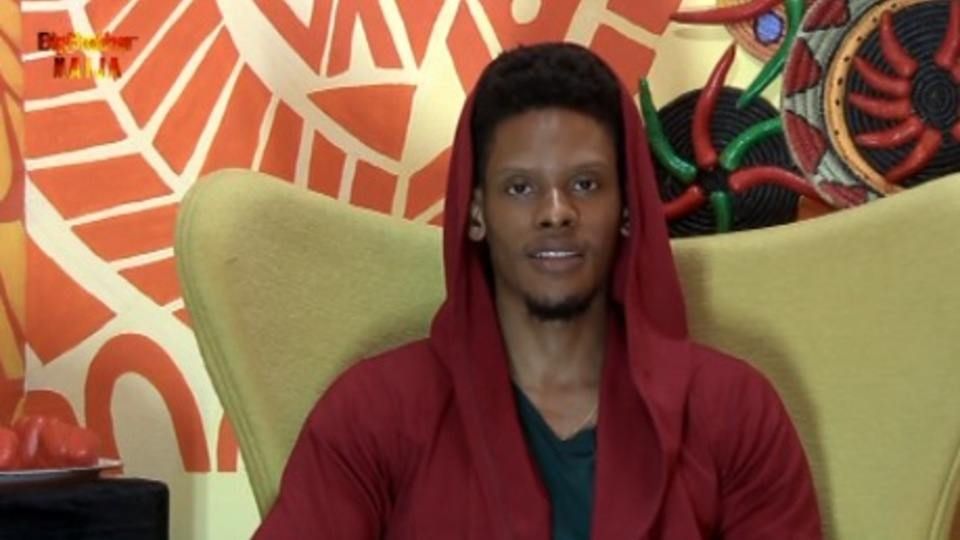 “I had this gut feeling he was going to pick me,” Khafi said even though she wished she was wrong. She believed he did it because he thought she was an easy target. “Let’s go… Let’s do this,” She chanted as she plans to take on this Challenge she faces. 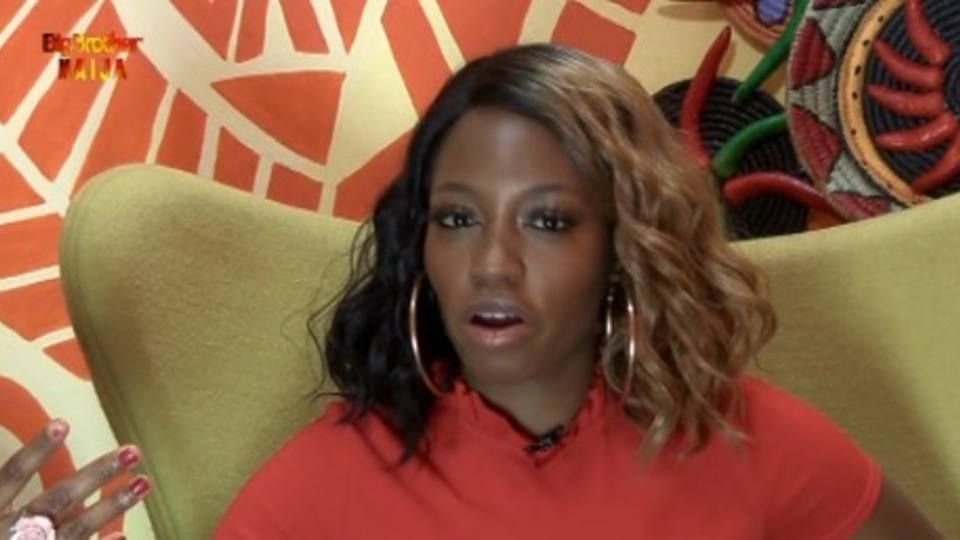 On BFF With The Opposite Sex

In a light-hearted mood, certain members of the Pepper Dem aired their thoughts on being BFF with the opposite sex.

Once There, Always There

Midway into the conversation, Elozonam was asked if he had been intimate with a female best friend. When he responded in the affirmative, there were jeers from all gathered there. This prompted Seyi to say, “once there, will always be there.” Diane also shaded Elozonam as she told him that if he was in a relationship, there will always be a high probability of him still being intimate with his best friend. Diane, we see what you did there ?.

Still, on this table, Seyi also talked about how he used to have a female bestie who doubled as a booty call. Anyways, sucre papito is in a serious relationship now, so we forgive him his past errors?. 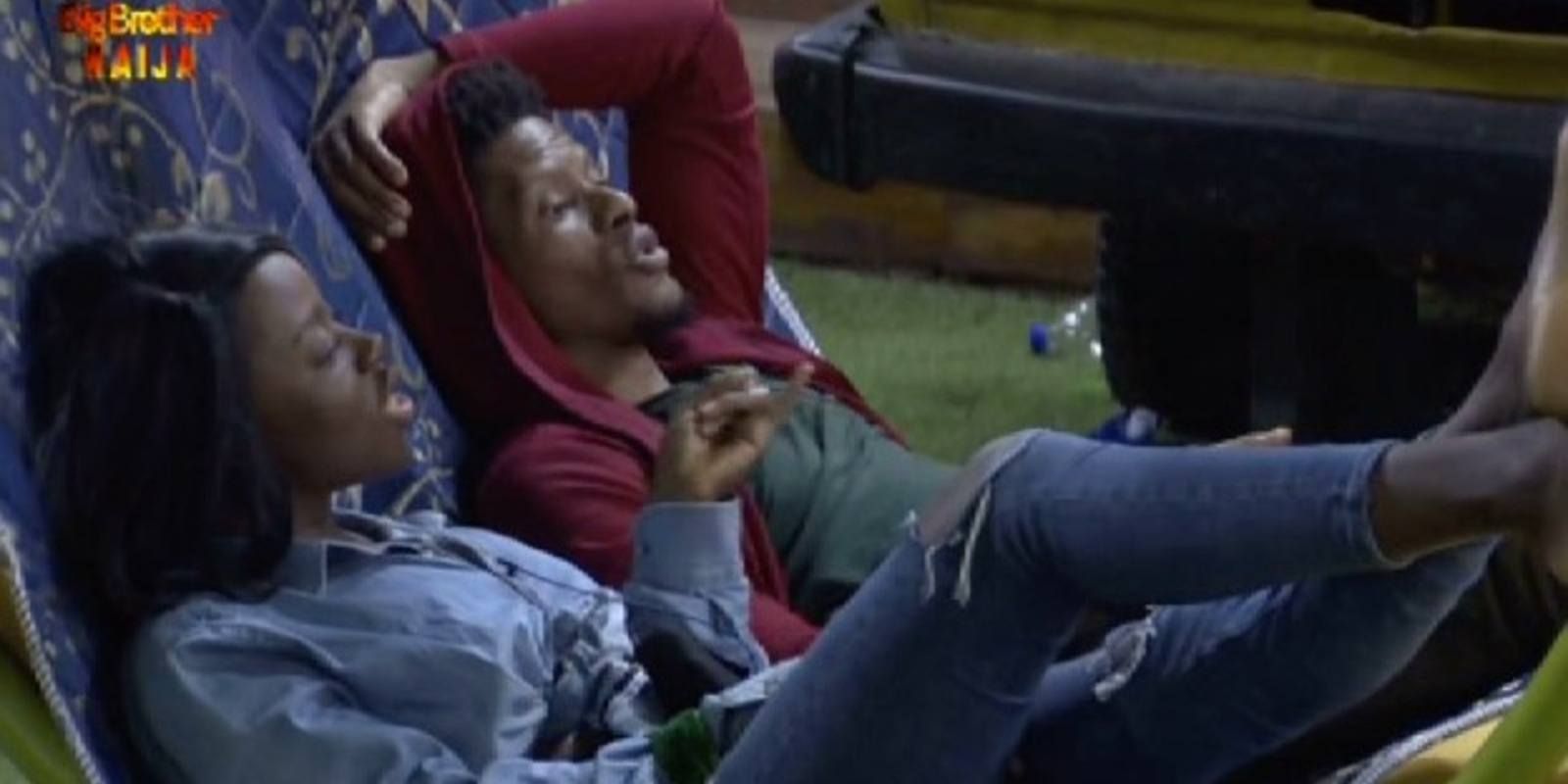 Having heard from these Housemates, will you let your girlfriend or boyfriend be best friends with someone of the opposite sex?

With one million Naira and a year’s supply of Arla Dano products on the line, the Pepper Dem Housemates entered the kitchen to discover the chef in them.

The Task sponsored by Arla Dano is all about cooking. Since the Big Brother Naija Housemates love to eat, it seemed appropriate for them to have a cooking show and we are ready for the magic they will create in the kitchen with the Arla and Dano products. 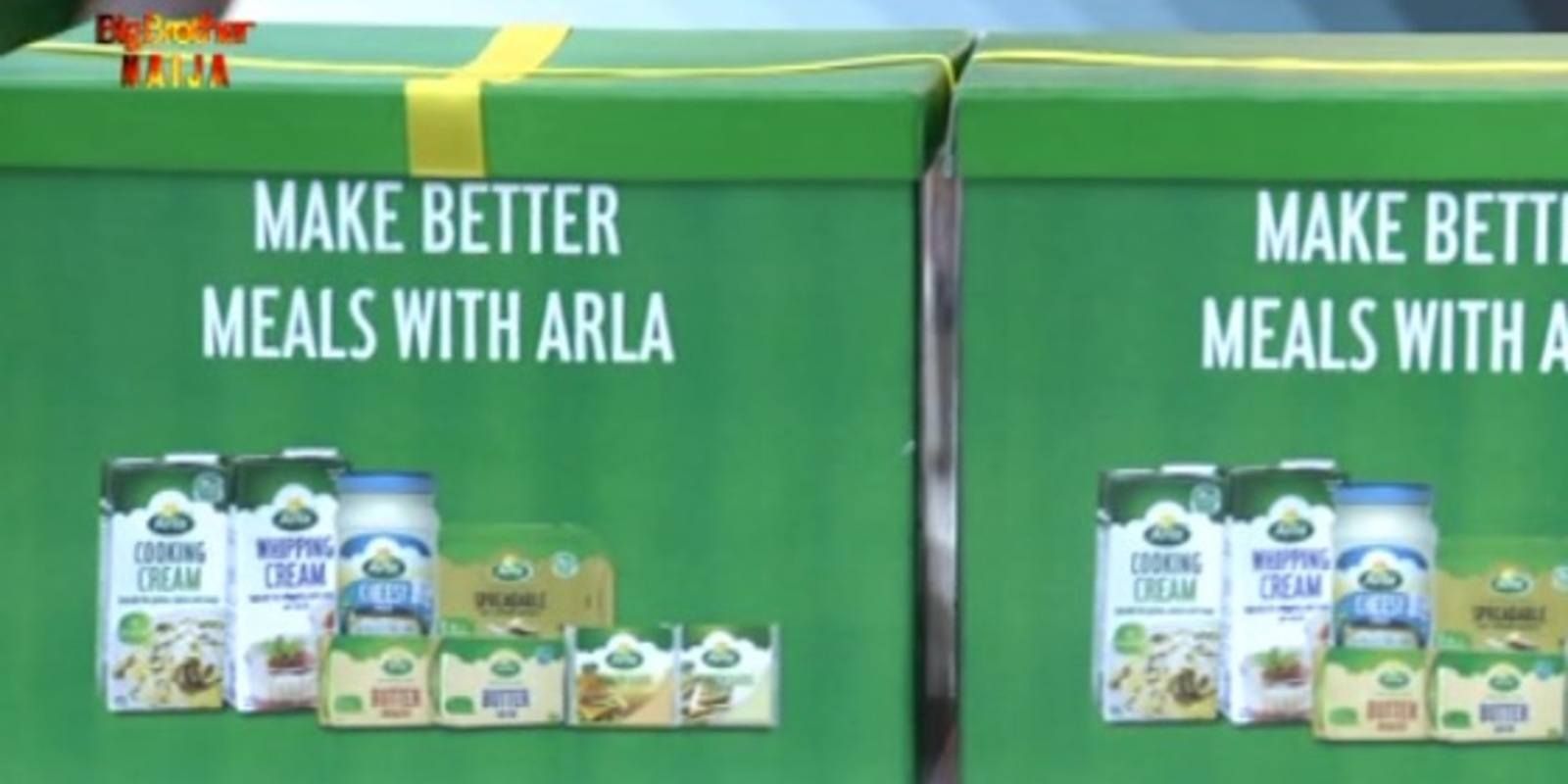 For this Task, the Housemates were to divide themselves into three teams with an equal representation of two males and two females. Here are the names for the team:

The Task which will go on for two days requires the Housemates to produce and star in the Arla cooking show by coming up with meals and milk-based refreshments that can be made with Arla and Dano products. The overall best show with the best script, best meal and best show presentation wins. May the tastiest meal win! 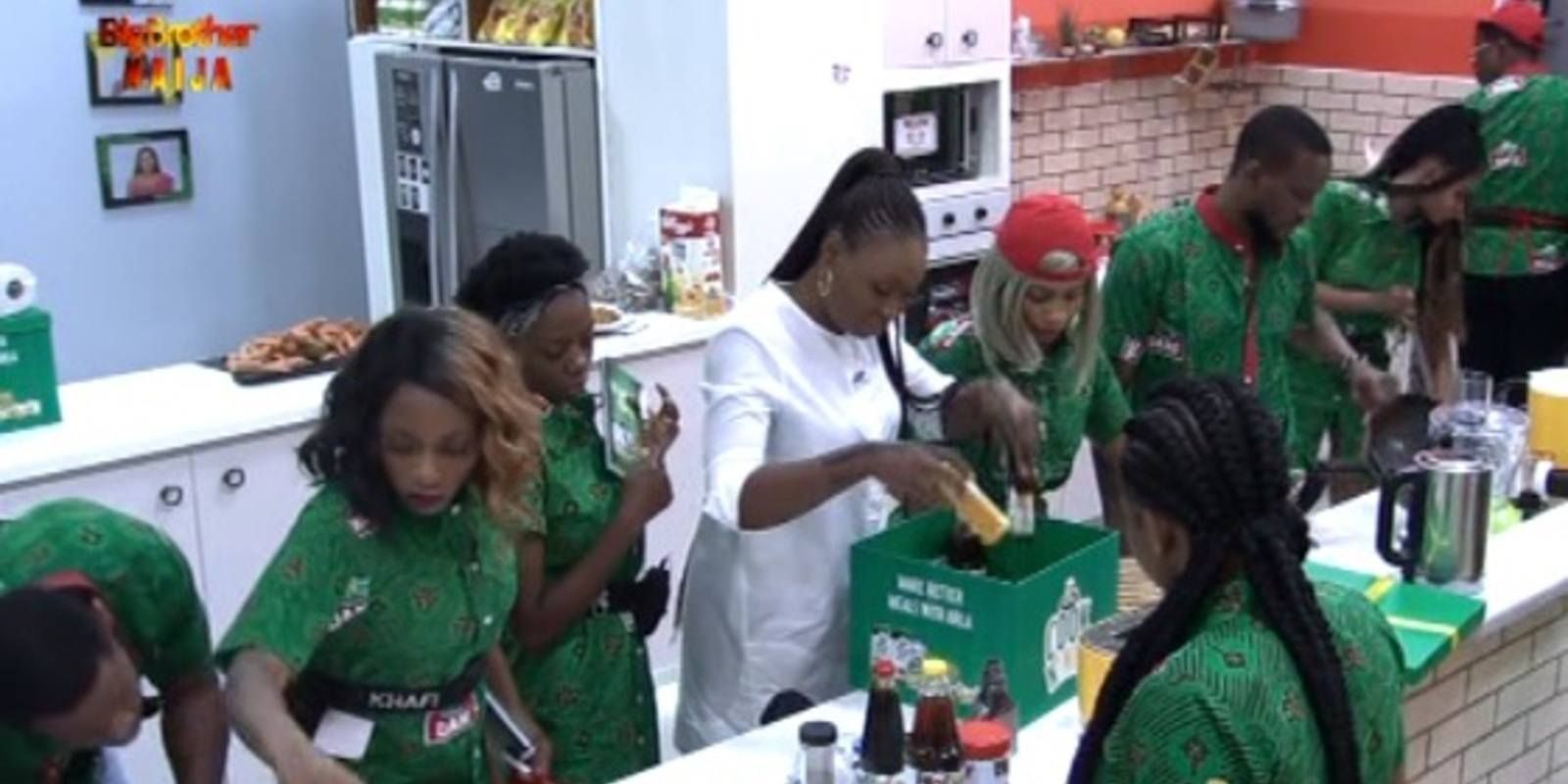 The Housemates were paid a visit by Chef Matse who educated them on how to use the Arla/Dano products in making tasty meals and refreshing drinks. They were expected to watch her make signature recipes using Arla/Dano products. On the Menu was shrimp fried rice and Banana drink. For the rice, the star ingredient was Arla salted butter while the Banana drink had Dano slim as the main ingredient. Hmm, sounds yummy. 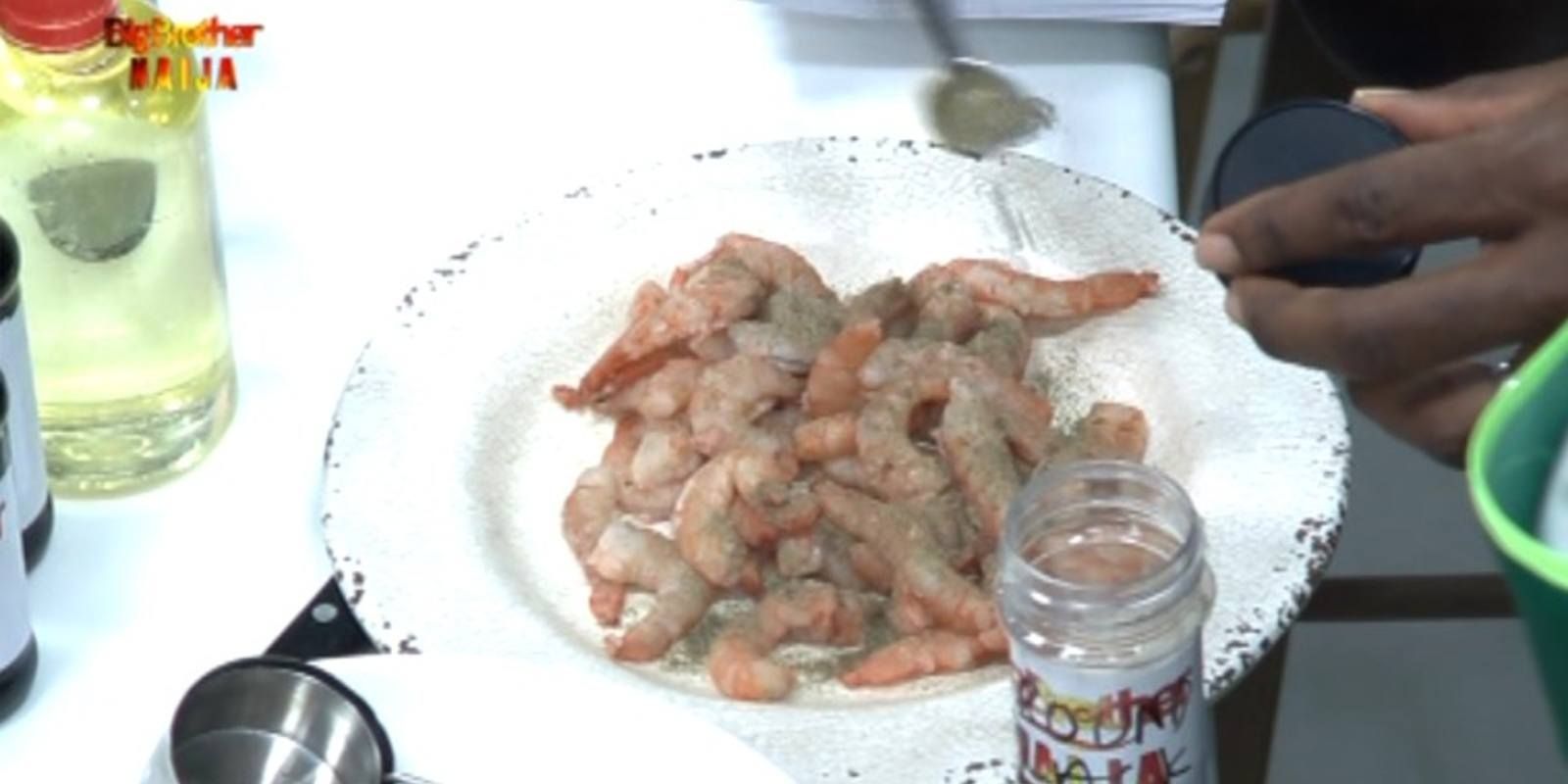 Frodd’s moments in the House are spicy and tweeps won’t let them go unnoticed.

When Frodd is in the picture, Twitter is usually on fire. As a fun guy who has continued to crack us up with his vibes in the Pepper Dem House, it is only natural that the Twitter user Association keeps thrilling us with their reactions.

Let’s take it from his relationship with Esther.

Here’s what tweeps thought about some of the major highlights.

Know why Frodd sleeps in the afternoon?

Somebody said the reason why Frodd loves ‘sleeping in the afternoon’ is so that he can ‘SI-ESTA’ ? ? #BBNaija2019 #bbnaija19 Tacha Ik Mercy Esther pic.twitter.com/QsHXGyxvui

They didn’t stop there, they also captured that heavenly kiss ?:

When Esther and Frodd kissed on runway.
Me: #BBNaija pic.twitter.com/ply9RspxE9

Since Esther has been evicted,,Frodd ‘s Laundry Services will be reduced?. pic.twitter.com/LRbtoZOyEG

Happy Sunday y’all ??.. So few days back Frodd said something about this and I thought he was joking, but now I know he wasn’t ?‍♂️..xo der are ladies who really don’t want a man who loves completely Smh. Women what do y’all want in life biko #BBNaija pic.twitter.com/tYXsLvQoqo

Knowing that Frodd’s name is never omitted anytime the Housemates are up for Eviction, tweeps felt that:

Also, for always escaping the wrath of Eviction, the resident Slow Tiger earned himself a new name:

If Frodd was Yoruba, His name will be ORIYOMI #BBNaijaEviction pic.twitter.com/yIhxDTsNvR

Shortly before Esther was Evicted, the Association of Twitter users were also unsparing in their analysis. Have a look:

Let’s see if Frodd will go back to venita when Esther leaves the house on Sunday. ???#BBNaija pic.twitter.com/vmLoCKTxoE

Shortly before Esther was Evicted, the Association of Twitter users were also unsparing in their analysis. Have a look:

Let’s see if Frodd will go back to venita when Esther leaves the house on Sunday. ???#BBNaija pic.twitter.com/vmLoCKTxoE

Today, a little argument that actually concerned Diane and Venita saw Frodd and Mercy call each other out. Again, tweeps always have an opinion:

Mercy: Frodd if only you knew me outside the house

Frodd: Mercy what’s there to know about you ? #BBNaija
???
*Shot Fired* ? pic.twitter.com/SfNKQIdxpL

What better way to capture Frodd’s moment in the House than as reflected in your tweets. Well done guys. Keep the tweets coming.

Burna Boy reacts to Xenophobic Attacks in South Africa, says he’ll Never Set Foot in the Country until the Government Wakes Up